The Idea ­And Its Mutant

Not tainted ‘opportunism’ but conscience subjugated by ideology is what stands between idealism and the Leftist. Choosing empathy over polemic may turn the tide, leading to reconciliation instead of the familiar spiralling of crimes and suffering. 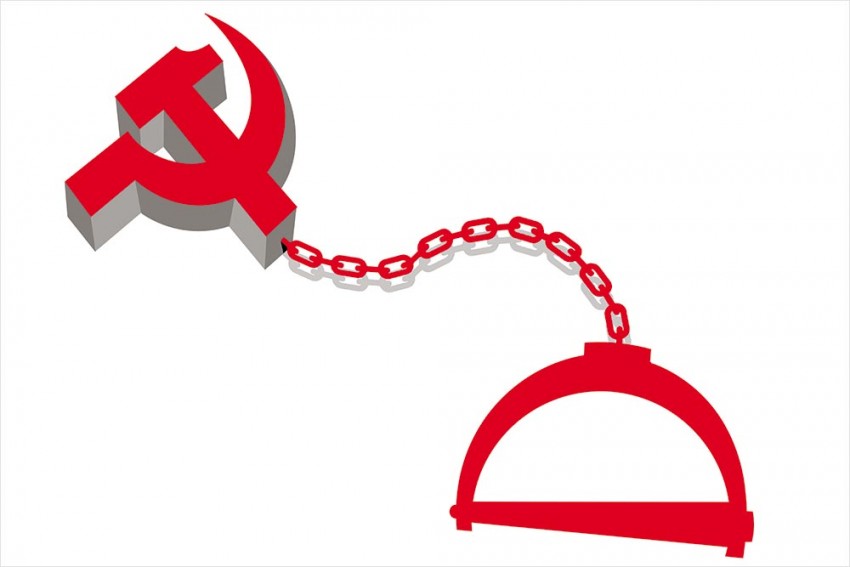 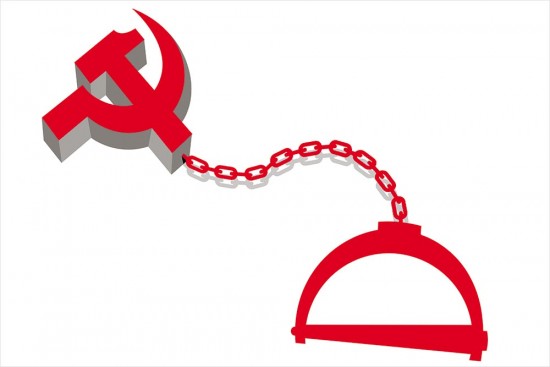 Before discussing the idealism of the Left, it would be a good idea to think about what we mean by these terms. Let us start with the second one—is there any such thing as ‘the Left’? If the term refers to a political monolith, clearly the answer is no. The international communist monolith broke up decades ago and today even the fragments are fragmented. The Naxalite movement, which began with an attempt to build a party, had its proponents squabbling bitterly even before the CPI (ML) could be born; and today there are scores of claimants to the ultra-left tradition in India.

Idealism, in its philosophical sense, means either that reality is all in the mind, which constructs the world; or that reality is permeated by structures of thought, and so all truth is an individual perspective. In everyday usage, idealism refers to forming and/or pursuing of ideals; and it can be combined with a sense of impracticality, as in “starry-eyed idealist”. There was indeed a time when philosophical idealism was connected to idealism in the popular sense of progressive and optimistic social thought. The problem today is that if idealism implies a commitment to principle, we are obliged to ask—which principle? And if it refers to progressive optimism, again, what is meant by these terms? If it’s a question of nobility, how may we judge what is noble? These questions cannot be answered with any certainty, yet they remain a major concern for us.

The Left And Leftism

The term ‘Left’ originated with the French Revolution. Over the past two centuries, it came to broadly signify the political expression of the ‘social question’—the aspirations and demands of the repressed and oppressed sections of society, more specifically the labouring classes. It was coterminous with social democracy (also known as socialism), a movement-cum-argument that democracy needed to be extended from the political to the economic sphere; that daily life needed to be democratised. These terms became unbearably complicated in the 20th century. The concept of the repressed crossed economic definitions and came to incorporate national and social aspirations. Since such aspirations could (and often did) take authoritarian forms as well, political language became burdened with complexity. The most glaring example is that Nazism was an outgrowth of the German Workers’ Party, later renamed the National Socialist German Workers’ Party. And yet Nazism was the deadly enemy of workers and socialism. Suffice it to say that the twisted hist­ory of socialism has caused immense confusion.

What else does the term ‘Left’ signify? ‘The Left’ and ‘socialism’ are not reducible to communist doctrines or the history of Russia, China or Cuba. These terms also refer to movements of the labouring poor and resistance to oppression. Considered this way, there is no sign that popular movements have receded. Other countries aside, in India agitations by industrial workers, students, indebted peasants (nowadays renamed ‘farmers’), fisher-folk, tribal people resisting corporate mining enterprises and villagers opposed to nuclear plants have intensified over the past three years. Recently, 134 truckers’ unions in Punjab involving 93,000 truckers went on strike. IT professionals in Tamil Nadu have formed a union to resist job losses and improve working conditions. There have been protests by traders against demonetisation and GST, and by conscience-stricken middle-class people against communal violence. The list is long, though much of it is unreported. Social unrest on this scale is the expression of an incipient social democracy. These movements, moreover, undoubtedly involve the passionate energies of humble activists, ordinary persons who are angry enough at injustice and idealistic enough to fight for it. Judging from the numerous RTI activists killed and the scale of ongoing struggles, it seems meaningless to suggest there is a decline of idealism in the left. So what are we talking about?

The problem arises out of the over-running of idealism by ideology. It is rendered more complex by confusion about the role of popularity in democratic politics; and the question whether populist ideologies are ‘left’ or ‘right’. Then again, ultra-­nationalist cadre and members of vigilante groups might be just as inspired by ideals as activists on the Left. How may we understand what is going on?

It is not that idealism has died. It has mutated into ideology, a ghastly caricature of everything attractive about human ­commitment—friendship, love, loyalty, steadfastness.

We live in an age in which credibility, achieved through the production of doctored images and manufactured consent, matters more than truth or falsehood. Ideology is a mixture of fact and sentiment, operating like a religion in an age when belief has been undermined by science. Ideological convictions undermine intelligible speech—this is the clue to the decline of conversation and its replacement by polemic and slander. In such a situation, all that remains of idealism is the conviction that we are right no matter what is said, that anyone who believes otherwise is an evil person who needs to be crushed. Words like empathy, decency and kindness, that never had a place in ideological doctrines anyway, mean even less in ordinary political debates nowadays. This might seem a sweeping statement, but can we remember the last time any political spokespersons displayed the slightest compassion for the numerous victims of mob violence?

This habit of thoughtless talk, blind faith and sneering instead of speech has undermined the idealism of democratic activists and eroded their capacity to communicate with those whom they claim to represent. Pragmatism and opp­ortunism are not the greatest dangers today—these tendencies are still predictable in their functions and manifestations. More sinister is the subjugation of conscience by ideology, where even monstrous crimes and terrible suffering prompt us not towards reconciliation, but to an ever-widening polemical spiral. On the one side we have communal vigilantes, trained from an early age to hate certain designated ‘enemies’—of the Nation, Ummah etc. Their motivations can only be described as pathological. Their leaders, whether idealist or merely unscrupulous, rely upon their cadre to perform heinous acts in the illusion that they are foot-soldiers in a holy war. On the other side are left-wing cadre, nourished on the dogma that ‘the Party is always right’; who insist they possess a cosmically ordained knowledge of the ‘laws of History’. The trouble, of course, is that the sheer number of ‘scientists of History’ dev­alues their claims to absolute knowledge.

Nation-worship is the atheism of the Right; Party-worship the deism of the Left. In between are millions of people under pressure to ally themselves with one extreme or another, as if even the wish to avoid ideological affiliation were an act of treason. It is not that idealism has died. It has mutated into ideology, a ghastly caricature of everything attractive about human commitment—friendship, love, loyalty and steadfastness.

The Rhetoric Of Justification

I suggest a small thought experiment. Recall the human rights record in regimes where communists had supreme power. Those familiar with the history of the Soviet Union and the People’s Republic of China might include the persecution and/or deportation of Pasternak and Solzhenitsyn, the show trials, Bukharin’s judicial murder, the mass executions and purges of the 1930s (all in the USSR); and the mass deaths during the state-induced famine of 1958-62 and the Great Leap Forward in China. We could also recall the Red Guard hooliganism during the Cultural Revolution (1966-69) and the 1989 massacre at Tainanmen. We could cast a look at the recently achieved judicial murder of Liu Xiaobo, a man who always advocated non-violence and whose ‘crime’ was to demand that the state fulfil the democratic provisions of the Chinese Constitution. The Party continues to abuse him even in death, and persecute his widow.

Closer home, let us recall the burning alive of 22 EFR jawans in their tents by Maoists and the deaths of 148 passengers of the derailed Jnaneswari Express in 2010; Niyamat Ansari’s murder in 2011, and T.P. Chandrasekharan’s killing by CPI(M) cadre in 2012. What would be the reaction of comrades of various persuasions? Would they recognise serious problems in the communist attitude to justice and the freedom of thought, or would they produce doctrinal justifications coupled with character assassination of the victims? I believe that at best such questions might elicit embarrassed reactions such as “but look at the tremendous historical progress achieved”; “you can’t make an omelette without breaking eggs” etc. This thought experiment is speculative, but it is also based on experience.

Communists have a repertoire of rhetorical justifications for the cruelties they commit and, like any faith-based tradition, they pass on their dogma across generations. This is as true today as it was in the 1930s or the ’60s. Leftists—and by that I mean ordinary activists—can maintain their idealism by holding fast to truthful speech, compassion and empathy. Or else they will drown in the sea of polemic that has overtaken the collective mind. 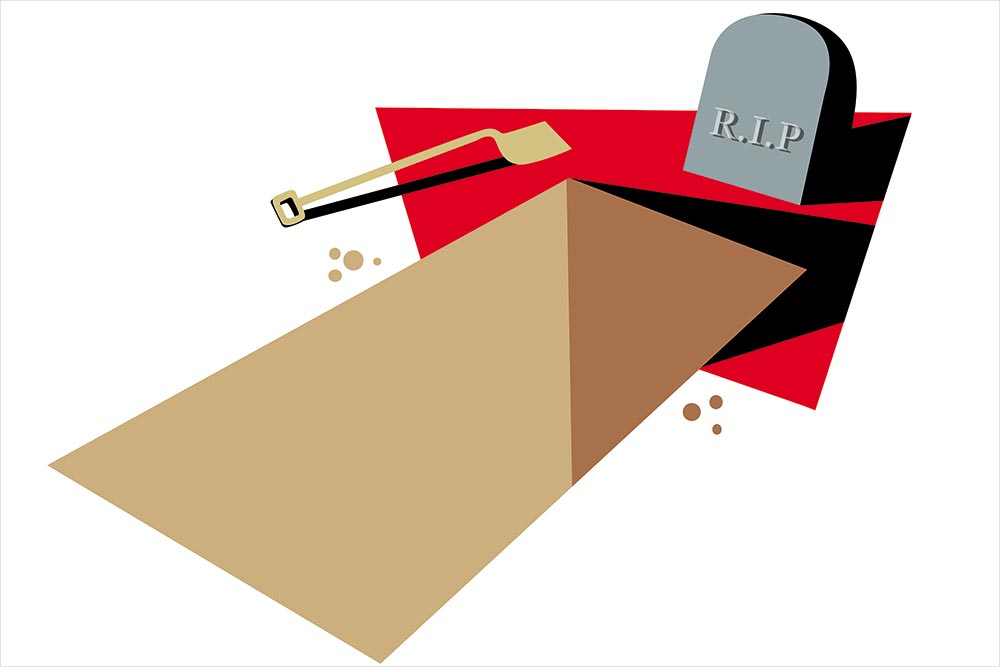 Dilip Simeon is a labour historian based in New Delhi

‘It’s A Tough Road To The Manzil’