Breaks the gender barrier in a significant way. For a film directed by a woman, it’s neither “feminine” nor “feminist” in perspective 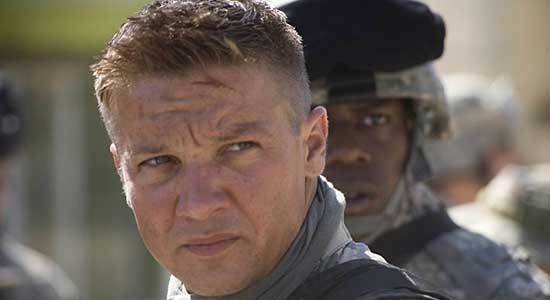 The Hurt Locker breaks the gender barrier in a significant way. For a film directed by a woman, it’s neither “feminine” nor “feminist” in perspective. It focuses on the male order with hardly a female character of consequence, save two wife figures on the periphery. The theme, lingo, frames, terrain, the look, feel and concerns are macho, which is understandable since it’s set in the Iraq war zone. Bigelow’s film is acutely focused and pointed; the location, singularly Baghdad; and the one character whose life we get a peep into is Sergeant William James (Renner) of the US Army Explosive Ordnance Disposal  squad, with 873 bomb disposals behind him. Along with him are Sgt Sanborn (MacKie) and Specialist Eldridge (Geraghty). Bigelow doesn’t get into the ‘why’ of the war. Instead, the film is about what war does to an individual—James, his thoughts and feelings. Yet the film doesn’t necessarily become character-driven. In fact, it is structured as a series of closely observed operations, missions and patrols the bomb disposal group conducts—from diffusing roadside bombs to trying to disarm a human bomb. And as we travel into the violent zone, we can understand how the steady proximity to booms and blasts impact the squad.

The film begins with the quote: “The rush of battle is a potent and often lethal addiction, for war is a drug.” James clearly is in its grip. It’s a lonely, fearful, anxious, yet adrenalin rush of a life. His act of bravado—not wearing the protective bodysuit—while detonating a car bomb lays bare his on-the-edge psyche. Ditto in the gruesomely emotional scene where he discovers the body of a young boy implanted with a bomb and wonders if it’s his friend “Beckham”. The film is shot like a documentary, hand-held camera shots contributing to the urgency and realism. The sand, the harshness, the sweat and heat feel authentic. Such is Bigelow’s rigour that there are times when the background sound is just the heavy breathing inside a body armour or the buzz of flies. The series of missions does get unevenly paced—some tense and others too trying for your patience. But it’s an unbearable world out there.

1. Clash of the Titans
2. Why did I get Married too?
3. How to Train Your Dragon
4. The Last Song
5. Alice in Wonderland

1. Your Decision (Alice in Chains)
2. Between the Lines (Stone Temple Pilots)
3. Uprising (Muse)
4. Saviour (Rise Against)
5. Only by the Night (Kings of Leon)