Gather no moss. Keep rolling. The job mart is an embarrassment of riches. 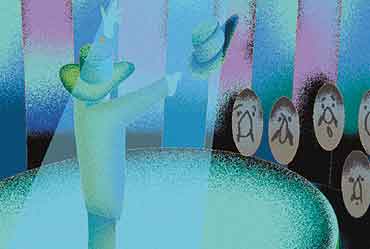 outlookindia.com
-0001-11-30T00:00:00+0553
Have you ever met someone who quit a stable government job to become a freelance food writer? Or heard of a 55-year-old corporate executive who has just changed his line? Or a 30-year-old entrepreneur who plans to retire in the next five years? This is the bold new world of job-hoppers, career-switchers and risk-takers. They are part of an urban India that is celebrating the upswing in the economy, riding the wave of reforms and making the most of opportunities.

The job market for them grew last year at a robust 30 per cent and, according to the placement industry, the rise could be as sharp as 50 per cent in 2004. So the young and not-so-young alike are reaping a bountiful harvest from this bull run on jobs. "This is probably the best job market seen in many years. Even better than the tech boom witnessed in 1999-2000," says Arun Tadanki, president of Monster Asia, one of the world’s leading job websites, in India for the past three years.

The numbers can be numbing, even for grizzled cynics. The information technology and software industry has roared back from recession and is likely to create more than 1,00,000 new jobs in 2004 compared to the 75,000 jobs it did in 2003. In the BPO (business process outsourcing) sector, the number of new jobs this year is likely to be more than 1,50,000. This is not counting the replacement hiring that will take place, given the industry’s attrition rate of over 40 per cent. And never mind the backlash in the US against outsourcing from India.

Other sectors in serious hiring mode include BFI (banking, finance, insurance) companies, which, according to industry estimates, could create another 25,000 to 30,000 jobs in 2004. And this figure does not take into account indirect employment, like insurance agents whose tribe is breeding at a phenomenal pace. Private life insurance players today, for instance, account for a little over one lakh agents, and this figure is likely to double in the next 11 months. Organised retailing has been growing at over 30 per cent in the last couple of years. Here, according to retail consultants KSA Technopak, 2004 could see 40,000 new jobs created.

In telecom, just one single player is expected to recruit more than 15,000 people in the next few months. Manufacturing and FMCG too have made a comeback, thanks to the good monsoon, and optimists in job search firms expect them to move from replacement recruitment to actual hiring.

This is not the foolhardy expansionism of the dotcom boom. "Now the job market is looking up across industries and not just in start-ups. The hiring is also far more broadbased with both the smaller and larger companies recruiting," explains Jayadev Parthasarthy of head-hunting firm Footprints. Says Gautam Sinha, CEO of Bangalore-based placement company tva Infotech: "The current IT boom is being led by a demand for jobs within India unlike in the late 1990s, when it was export-led, and people were being hired for projects in the US."

The easing of job-linked paranoia has also fanned the entrepreneurial instincts of thousands of daring young men and women. Dinesh Thakur, 30, set up GoldFish Technologies six months ago in Delhi after quitting a well-paid job with a telecom company. His reasons: a job after a point is limiting, a damming of his urge to give full vent to his ideas. And, of course, the classic "If I can do it for others, why can’t I do it for myself?". Today his company helps Indian IT and telecom firms match-make abroad and vice versa. "This is also the best time to do it because telecom reforms are finally shaping up," he says. 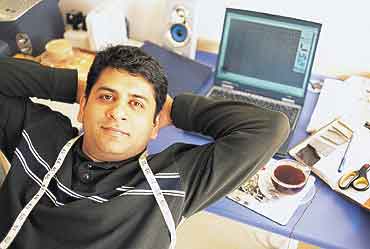 Vinay Diddee After Arvind Garments and a cameo in Channel V, he set to work on his dream of owning an apparel brand. He set up Latitude Merchandising which has done one crore in one year.

In Bangalore, Vinay Diddee, 31, has been running Latitude Merchandising for just over a year and already boasts of a turnover of over Rs 1 crore. After having worked with Arvind Garments and served a stint at Channel V, Diddee quit to do his own thing because, "I always knew that one day I would have my own apparel brand". And he aims to retire by 35.

This growing confidence is just one aspect of a sea change in the Indian mindset towards employment, especially among men and women who came of age in the era of economic reforms. Permanence has been redefined, "lifetime employment" is no longer part of their vocabulary, and the young Indian is neither as dependent nor as reverential of their employers as their fathers were.

Says K. Pandiarajan, HR advisor: "There is a shortening of the worklife span. Today the situation is so dynamic that even companies don’t plan for 10 years down the line, so how can an individual hook his career to one particular company?" He adds that entrepreneurial aspirations and experience are of greater value today. You might have started a dotcom that went belly-up, but you are not seen as a loser, instead your failure is considered a learning experience.

For some, though, personal and professional growth is more important than a lucrative career. People, be they twentysomething or 40, don’t see themselves as an extension of an organisation alone. Not that there is a lackadaisical or flippant approach towards jobs. Only, given the opportunities today, and the hire-and-fire policy that is here to stay, people are driven to experimenting rather than to old-style fidelity.

Many of the middle management cadre are getting squeezed out and hence turning entrepreneurs. And many of the young, not wanting to be burned out when in their late 30s, are opting out earlier to become their own bosses. Importantly, the fear of joblessness is fast vanishing. You no longer need to hide the fact that you’ve been downsized. Taking a couple of months off is quite the in-thing in today’s enlightened job market. 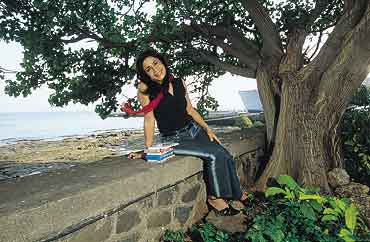 Rashmi Uday Singh Ex-income tax commissioner. Now celebrity food and health writer. "The stigma of leaving a job isn’t there anymore. Old colleagues call me saying they too want to try other things."

Take a cue from 49-year-old Rashmi Uday Singh, an income tax commissioner in Mumbai, who quit the service after 14 years to write on food and health! Today she is the author of several best-selling books on food including a Mumbai restaurant guide, and though there were financial hiccups initially, her current monthly cheque far outstrips what she earned as a senior government official. "The stigma of leaving a job isn’t there anymore and I often get calls from my former colleagues saying they want to try other things as well," says Singh.

While some are bitten by the do-it-yourself bug, there are others who just can’t stop grabbing every job offer that comes their way. Says a Chennai-based BPO insider: "There are roughly 4,000 jobs per month being created in the BPO industry in south India, with about 700 jobs in Chennai alone." And this with the sector yet to peak! So many of the just-out-of-college brigade have more than three jobs in hand which pay them ten times more than their college allowances!

Says Vasantha Kalbagal, director, corporate affairs, Phoenix Global Solutions: "Grab as much as you can early in life, that’s the dream of youngsters. They think it is cool to switch jobs and are looking for a change within six months." Chartered accountant Divya Aloysius is already in her third job and she is only 24. Bored of working in an audit firm, she joined Ma Foi Outsourcing Solutions in payroll processing and has finally found the pace she was looking for in her work life. "I joined the BPO sector because it is booming," she says. Plus, her colleagues are younger. They work together and party together. 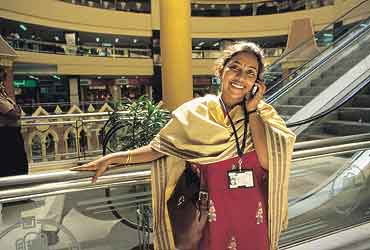 Divya Aloysius Chartered accountant, 24, already in her third job. Found auditing a trifle boring. Chucked it up to join a BPO. Now, she has found her pace. Works hard, parties hard.

What is now increasingly being referred to as the call-centre culture has created the new confident mindset: the organisation needs me more than I need it. "If I don’t get what I want, why should I suffer, I simply walk out. This is the attitude among the call centre crowd," says Parthasarthy. And why not? The demand-supply ratio is so skewed in favour of the employee. Plus, in an environment where you or someone you know is certain to get the boot, it is best to take the money and run when you can. "The environment pushes you. It is like greatness being thrust on you. You are constantly being forced to reinvent yourself," says an HR consultant. 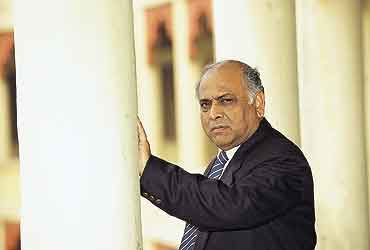 If for fresh graduates there are call centres, for the vrs-afflicted and the quasi-sacked, there is the opportunity to become consultants, join the social sector or the education space. The last option is becoming quite popular because there are over 1,500 business schools in the country today. Naturally, these schools are hankering to hire experienced corporate hands to lend some credibility to the institutes and boost their placement record. Pradip K. Agarwal, 57, who recently joined the Maharishi School of Management in NOIDA as director after a stint with two previous management schools, brings to the table over two decades of corporate experience. Many of his friends and iit-iim batchmates are also now employed in the education sector and at any given point of time, Agarwal has two to three job offers from management institutes. "A lot of senior managers are working in education after retirement. It increases your work life," feels Agarwal. Though he adds that the money is much less than what managers are used to in the corporate sector.

In fact, this upswing in the job market has not resulted in a dramatic increase in salaries. The rise has only been to the tune of 15-20 per cent. For many, this is a positive. It is far more realistic and sustainable, argue search consultants, unlike the absurd salaries people got during the dotcom era.

More than money, it’s confidence that’s driving the boom. The confidence to take risks, the confidence in the economy that it will keep throwing up opportunities, confidence in personal skills that will land you a job no matter what. "Thanks to the IT boom our benchmarks have become global. We are no longer apologetic about being Indians. We are as good as anybody, feels today’s youth," says Sanjeev Bikhchandani, CEO, naukri.com.

And this confidence is reflected when an investment banker seeks a vocation in adventure sports, a media professional switches gear to become a backoffice executive, and another kicks up a United Nations job to open a bar in Mumbai. Unshackled and inspired, this part of India is having a ball.