The House Of Flying Daggers 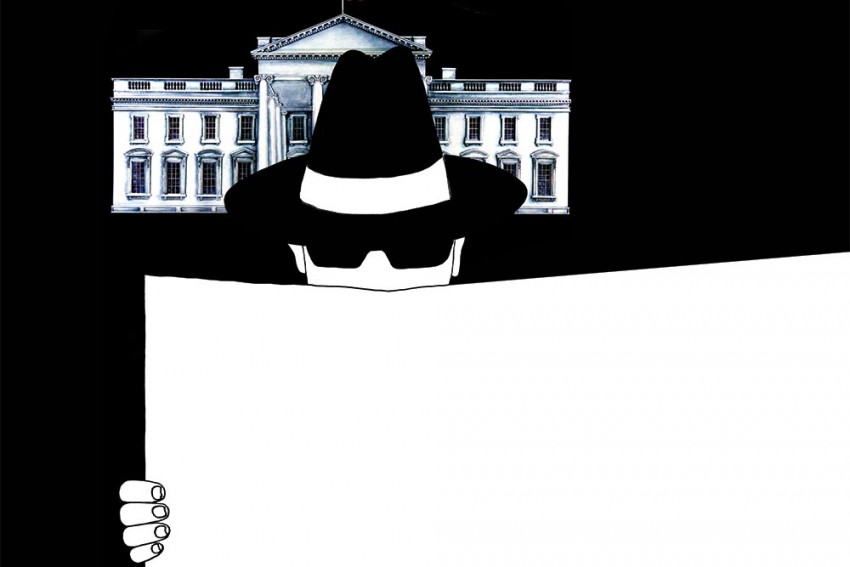 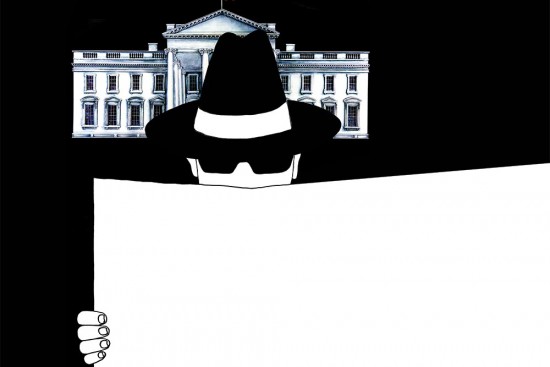 Despite occasional bouts of distrust, differences on policies and ground assessments, US presidents, right from George Washington, have relied heavily on their spooks to win wars, successfully implement foreign policy and project America’s global power. Over the years, and particularly since the Cold War, this reliance has only grown, as have the number of agencies in the American Intelligence Community (IC).

Perhaps, most powerful and prominent among the 17 outfits that make up the intelligence community today has been the Central Intelligence Agency. However, many are now asking if, under Donald J. Trump’s presidency, all that would undergo a sig­­n­­ificant change in the days to come.

The question gathers salience bec­ause the US now faces a ‘remarkable’ situation, unprecedented in the republic’s entire history. The intelligence community, if not in entirety then at least among its significant sections, now believe that Russia had interfered in November’s presidential election, which by implication means that Trump was brought to power with Moscow’s help.

Trump, who takes over as America’s 45th President from January 20, has in turn accused the intelligence community in general and the CIA in particular of launching a vilification campaign against him. This, he said in a rare reference to history, is akin to what was done against innocent people in ‘Nazi Germany’.

The very public spat between the president-elect and the CIA has led experts to wonder how the new US President, with such unconcealed disdain for his spies, is likely to function and how well the intelligence community would serve America’s chief executive, a man for whom they have scant respect and are unlikely to trust while facing a major crisis.

Though Trump will have a new security and intelligence team as president, his disparaging remarks, it is feared, will have a lasting and demoralising effect on the US intelligence community that might adversely affect their work.

“No American president can succeed in foreign policy—and by extension his term as commander-in-chief—without a good relationship with the intelligence community,” says Daniel Benjamin, director, John Sloan Dickey Center for International Understanding at Dartmouth College and former coordinator for counterterrorism at the State Department.

An immediate provocation of the ongoing fight between Trump and the CIA, seems to be over the circulation of a 35-page dossier—containing compromising information on Trump the Russians have supposedly amassed—in sections of the American media, apparently written by a former MI6 operative based in Moscow, which also suggests the US president-elect is a Russian plant.

Though it was not clearly established who had commissioned the damaging dossier and how it came in the possession of the American media, particularly Buzzfeed, an internet media company that dec­ided to run the dossier. Subsequently, it was picked up in parts by CNN for a TV debate.

Addressing a press conference early this month—his first since July 2016— Trump accused sections of the media as promoting “fake news”—he was particularly harsh on CNN—and poured scorn on the intelligence community, describing the release of derogatory information about him as “a disgrace, something that Nazi Germany would have done and did do”. 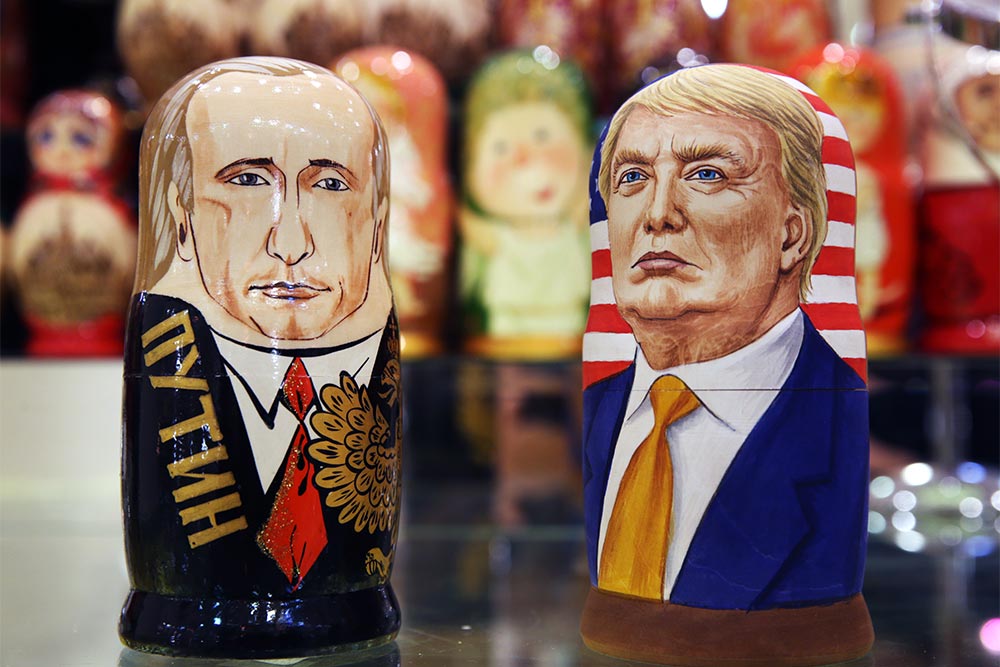 Photograph by Getty Images
A provocation for the fight is a 35-page dubious dossier, with sleazy details on Trump supposedly amassed by Putin’s regime, and surprisingly leaked to the media.

The CIA, which was in the forefront among the agencies to conclude that Russia had indeed interfered in the US presidential poll, reacted sharply. Taking umbrage at Trump’s scathing comparison, outgoing CIA director John Brennan said, “Tell the families of those 117 CIA officers who are forever memorialised on our wall of honour that their loved ones who gave their lives were akin to Nazis.” Brennan further added, “Tell the CIA officers who are serving in harm’s way right now and their families who are worried about them that they are akin to Nazi Germany. I found that to be repugnant, and I will forever stand up for the integrity and patriotism of officers who have done much over the years...for their fellow citizens.” Taking into account Trump’s avowed aim to improve ties with Russia, Brennan also cautioned him about the dangers of “absolving” its many infractions in recent years, advising him to watch his “spontaneity” and to be “very, very careful” when dealing with the Putin regime.

Brennan was not the only one. Experts and observers are aghast at this flagrant deviance from the cosy coterie through which the adm­inistration and the intelligence agencies are ideally supposed to function. “Trump’s disastrous start with the intelligence community could well have a profound and lasting effect on his administration,” points out Benjamin.

He argues that no president can succeed without a capable and confident intelligence community. “Trump has undermined the community before even getting in office in an unprecedented way. We could face an exodus of the best people there in the near future,” he predicts.

Paul R. Pillar, a former CIA analyst who now teaches at the Georgetown University’s security programme, agrees and points out that the new administration enters office with the worst relationship ever between an incoming US president and the intelligence agencies. “It is not unprecedented for a new president to have a negative view of intelligence agencies, but this is the first time there has been public disparagement from a president-elect,” he says.

Though what is known as the intelligence community was created during the Cold War, intelligence as a function of the American government has been there since the founding of the Republic. Through its various incarnations, it has played a key role in providing support to the US military; it has also helped shape US foreign policy.

Historical records show that George Washington, when he took command of the Continental Army in 1775 during the Revolutionary War, was not only an “avid user” of intelligence but also a “consummate practitioner” of the craft of intelligence. He took his interest in intelligence gathering to the White House—in the first State of the Union address in 1790 he had also asked the Congress to fund intelligence operations. Subsequently, he established the Contingent Fund of Foreign Intercourse—also known as the Secret Service Fund—and got $40,000 sanctioned for this purpose. The community expanded in size, scope and influence in subsequent years, particularly during the Cold War and now, in the fight against the scourge of global terror.

Though US spy agencies have traditionally played a key role, several American presidents, including Dwight Eisenhower, John F. Kennedy, Richard Nixon, Bill Clinton and even Barack Obama had occasional run-INS with them, often differing on assessments and policies. But none had ever had a running public spat with their spooks.

But Trump, a rank-outsider with no prior experience in politics or government, had faced resistance from the security and intelligence establishment right from the time he became the Republican presidential candidate. Fifty former Republican national security advisers, intelligence chiefs and trade representatives had signed a letter, saying they feared he would be the most “reckless” president America would ever have.

Intelligence agencies’ allegations that the Russians had hacked into emails at the Democratic Party headquarters and leaked them to Wikileaks, embarrassing and hurting the party and its candidate, Hillary Clinton, were made weeks before the polls. The brouhaha reached deafening levels only after Trump’s astonishing upset victory.

With the allegations supposedly hurling a slur on the legitimacy of his victory, Trump has naturally opposed—and inimitably trashed—the CIA’s conclusions and assessment of Russia’s hacking. He also plans to stay away from the presidential daily briefings by the intelligence community, arguing that as a “smart” man he does not have to depend on them to run his government or decide on policies. But the gloves truly came off in a public bout after the dossier against him was made public.

“Bad relations with the intelligence community can lead to disaster as information is vital for decision making,” says Lock K. Johnson, professor of Inter­national Affairs at the University of Georgia. Though he points out that other presidents have also been suspicious of intel, none was “so disdainful”.

Though he too is not sure on who leaked the dossier to the media, Johnson does not think Russian hacking decided the election outcome. “This was a massive protest vote against the establishment in Washington D.C” he says.

Pillar agrees with this, and points out that the agencies will have to accept the poll result, “and this means that whoever is president is assumed to have the right to see even the most sensitive information”. He adds, “Whatever is to be the US policy towards Russia is determined by the president and not the int­elligence agencies.”

However, this is no guarantee that in future there would be no further leaks to the media where the 17 intelligence agencies under Trump’s command would clearly make known their differences on vital areas of policy, say Russia. By not implementing his policies, they could even undermine his presidency.

So unless Donald Trump settles down in his presidency fast and makes peace with the rings of spies thrown protectively around his government, we are likely to witness an extremely turbulent period in the US administration. It could not only lead to internal strife, but also seriously jeopardise US standing in the world.

The Bullet Resonates A ‘Cruel Joke’