The Highway, Yes. But Not Her Way! 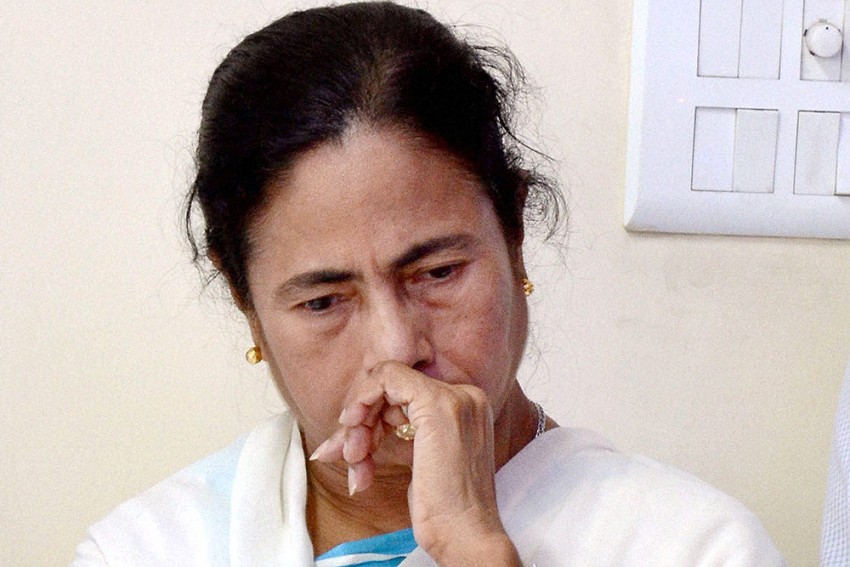 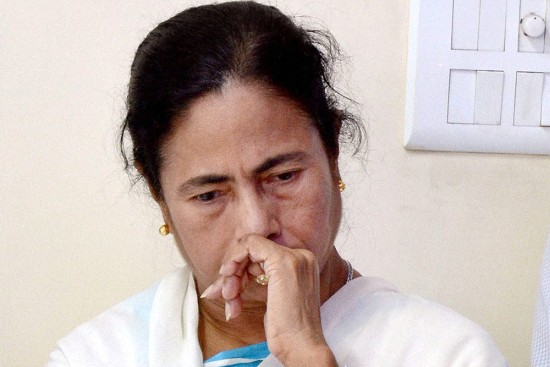 September 2008. Mukul Roy lay on a bamboo mat on the floor of a tent in Singur, giving an interview to Outlook. His party leader and Trinamool founder Mamata Banerjee, then in the Opposition in West Bengal, had launched an indefinite hunger strike in solidarity with local farmers who were protesting land grab by the then Left Front government for the construction of an automobile factory. Dishevelled and unkempt, Roy said he and his colleagues had spent days without food, water, shower or shave and were sleeping in makeshift tents. “Didi will not budge from here until she gets what she wants and we are with her all the way,” he had claimed.

That ­Mamata’s is a “one-person” party is not a new charge.... Dozens of loyalists made their exit after bitter experiences.

Nine years on, Roy quit Trinamool late last week and ­resigned as Rajya Sabha member, saying he didn’t want to continue with a “one-person” party, where other members are treated more as “servants” than “comrades.” The founding member and former second-in-command, moreover, acc­used the leadership of advocating dynastic politics, pointing to the sudden rise of Mamata’s nephew Abhishek Banerjee. 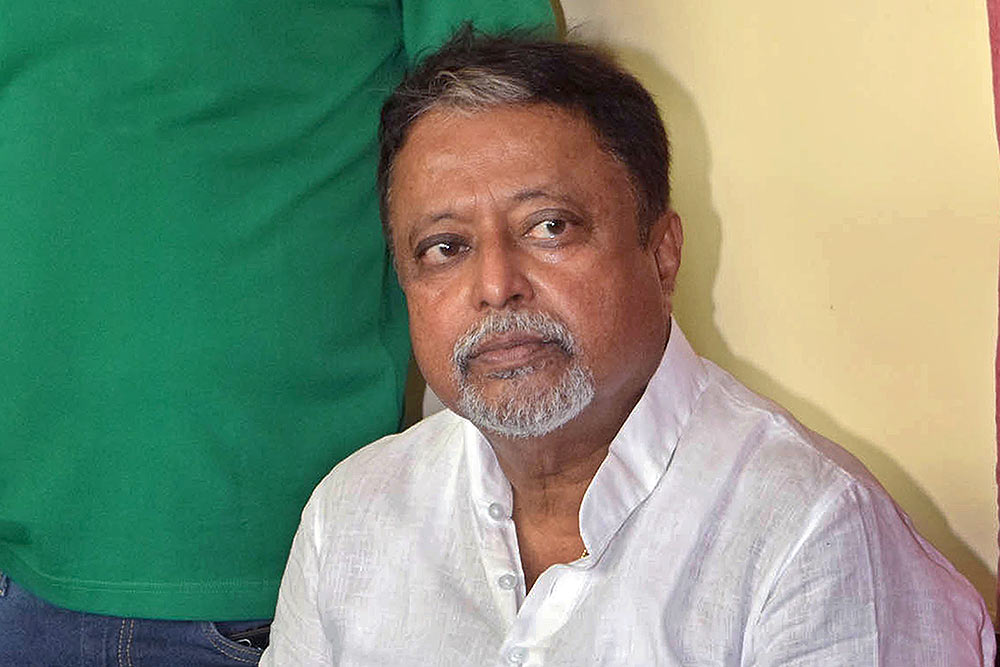 Quit TMC and resigned as MP this month, saying he can’t continue with a “one-person” party

So what transpired in the intervening decade for the politician, who had so steadfastly vouched for his loyalty, to do a 180-degree turn?

The main reason cited for Roy’s exit from Trinamool and, interestingly, the one that his former party has been more comfortable upholding, is “poaching” by the BJP, in its pursuit of power in West Bengal. Roy is said to have been responsible for engineering the Trinamool’s organisational strength at the grassroots, with a support base spanning several social strata, religions and castes. That could be one of the reasons why the BJP found Roy useful. On the flip side, he is also embroiled in two of Bengal’s biggest political and financial scandals—the Sharada chit fund and the Narada bribery scams. Both are being investigated by the CBI and it has long been alleged that the BJP was using the agency to keep Roy under constant threat of being sent to jail, hoping that thus intimidated, he would eventually defect. 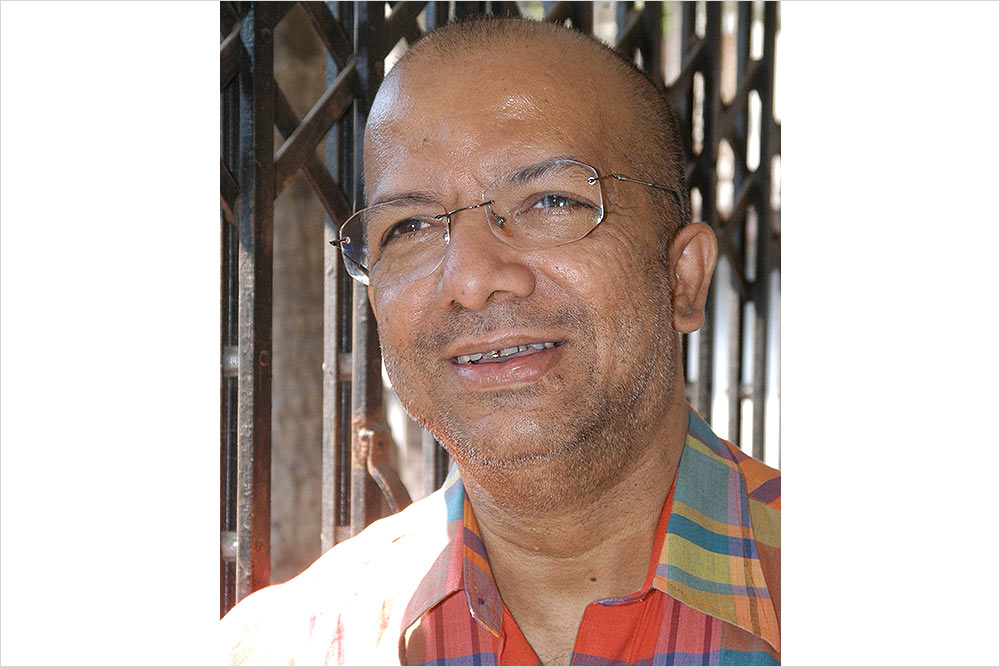 The musician quit the TMC less than three years after joining it, one of the first to leave the party

Even if that is the case, it is telling that instead of letting the world know he had been harassed into quitting by scam-probing inv­estigating bodies, Roy chose to claim that he left because he couldn’t take his leader’s high-handed behaviour anymore. It speaks volumes about Mamata’s style of functioning. The charge that hers is a “one-person” party is not new. What makes it a convenient alibi for Roy is that it is entirely believable. Before him, dozens of other former Mamata-loyalists, from party colleagues to Bengal’s intellectuals who had lent their weight behind her struggle, have made similar claims, each of them making an exit after experiencing the bitter truth, which, as far as the Trinamool chief was concerned, was either her way or the highway.

One of the first to exit was musician Kabir Suman. In an interview to Outlook just after winning a Lok Sabha seat in the 2009 election on a Trinamool ticket, he had said, “Mamata’s not a party, but a movement.” Less than three years later, he publicly declared he was totally disillusioned. “It was unthinkable for me to continue,” he tells Outlook. “She expected me to consult her even for installing a couple of water-pumps in my constituency.” Not only did the musician quit the party—though he did ride out his term as MP—he also corroborated unconfirmed reports that Mamata had taken Maoist help in Singur and Nandigram, another farmers’ agitation backed by Trinamool. 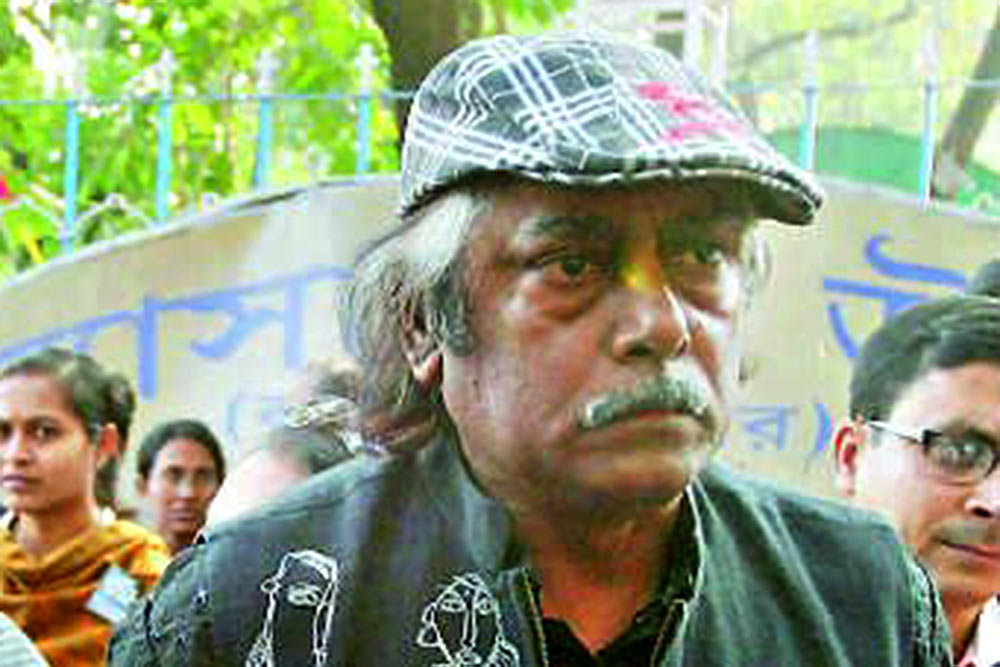 Indeed, several Bengal intellectuals distanced themselves from Mamata because of her subsequent treatment of the Maoists, calling it her “use-and-throw policy”. Magsaysay-winning author, late Mahasweta Devi, who had actively campaigned for Mamata before the 2011 assembly polls, later called the new CM “fascistic” at a press conference. In an interview to Outlook earlier, the late writer who championed the cause of Jangalmahal’s downtrodden forest-dwellers, many of whom are in jail on Maoism-related charges, had discussed her unhappiness with the new regime’s crackdown on the people of the region.

Kabir Suman has penned several songs demanding the release from jail of men and women accused of being Maoists, ­including Chhatradhar Mahato, a former Trinamool member. Outlook had interviewed Mahato in his jungle hideout when he was on the run from the police during the Left regime. He had hoped for a Mamata victory and claimed he had urged his followers to vote for “Poriborton”, the term signifying the “change” that Mamata was expected to usher in. He continues to languish in a Jangalmahal jail despite Mamata being in power in the state for the past six years. Asked about this former Trinamool member, party general secretary Partha Chatterjee said, “He was in the party for a short time, but was expelled after it ­became known that he was a Maoist.” 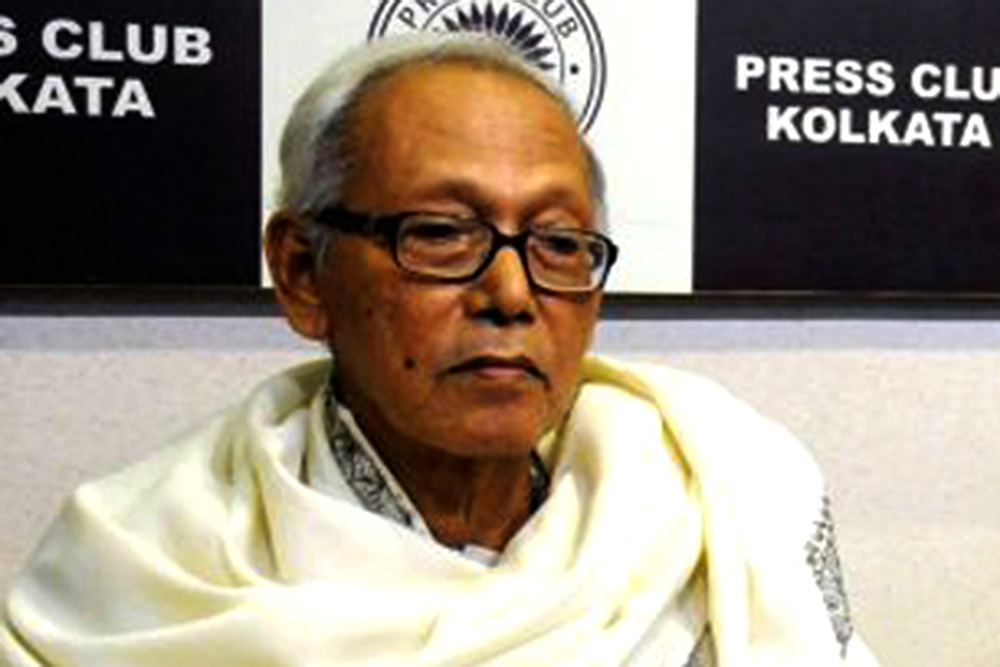 The list of academics, actors, artists, writers and other int­ellectuals, who had once backed Mamata, but later distanced themselves, is long: From academician Sunanda Sanyal, for example, to thespian Bibhas Chakraborty; from musician Indrani Sen to painter Samir Aich. Aich, who gave Mamata the benefit of doubt for several years after she came to power and urged that she be given more time to prove herself, too had had enough. “After having supported her for the longest time, I kept trying to find some redeeming quality, but there was none,” says Aich. “It was ridiculous of me to keep speaking in her defence.”

Incensed by all the criticism, Mamata discredited the intellectuals, saying that while they have been trying to take credit for her victory, it had nothing to do with them. “It was the Trinamool’s hard work and contact with people at the grassroots that worked,” she once told reporters. “They (intellectuals) just jumped into the bandwagon towards the fag end of our struggle and have been trying to take credit ever since.” 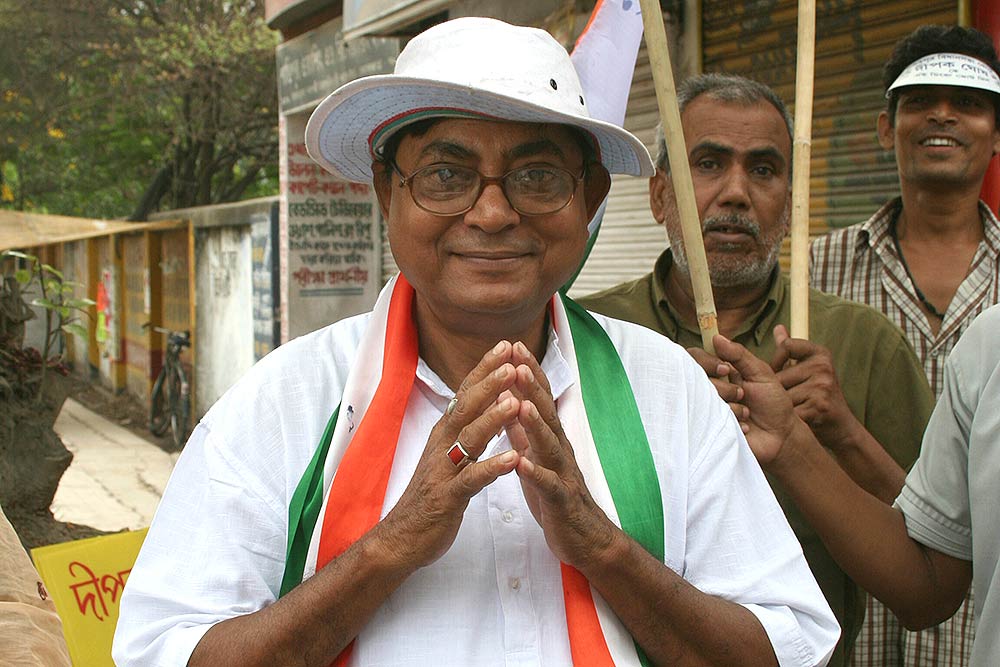 Expelled from the TMC, Ghosh went on to write a book on his disillusionment with Mamata

But then, what of her own party colleagues? Those who have ditched her citing a host of alleged ills, ranging from a fiery temper to dictatorial behaviour. “It is impossible to work with her,” veteran Congress leader Somen Mitra, who had joined Trinamool with much fanfare, but exited just as soon to rejoin the Congress, tells Outlook. “Nobody with an iota of self-respect can remain in that party for long.”

Expelled Trinamool leader Dipak Ghosh, a former MLA, too has hit out at Didi for what he calls her “intolerable temperament”. Ghosh, who has written a book on Mamata, titled The Goddess That Failed, says, “Everyone, even her senior ministers, are afraid of speaking to her, ­worried that she might hum­iliate them, which she often does. It is surprising that anyone remains in the party.” 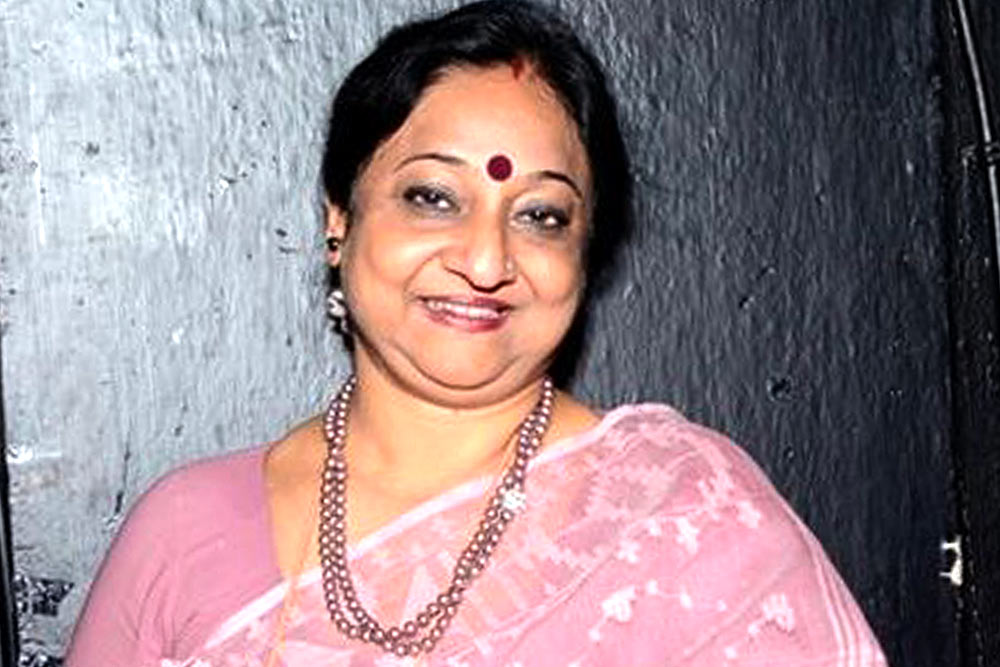 A popular exponent of Rabindra Sangeet, Indrani Sen came close to the TMC and then called it quits

Those who do remain, however, defend her. Chatterjee claimed that Mukul’s exit had more to do with him trying to save himself from central investigating agencies probing his role in the scams. An MP tells Outlook on the condition of anonymity, “Didi does sometimes scold us and it is a little odd considering we are adults, but she doesn’t mean harm. She is also extrem­ely considerate. She just as much chides us for, say, skipping a meal or doing something unhealthy.”

Political commentators point out that Roy too had been a vociferous defender of Banerjee when he was still in the party. “There is no other way,” explains Biswanath Chakrabory, political ­scientist, who predicts more exits in days to come. “Those who remain do so for their own compulsions and until such time as they find ano­ther political foothold.” When Mamata unceremoniously removed Dinesh Trivedi as ­central railway minister for marginally hiking train fares without consulting her, it was felt he would join the BJP, but he stayed in Trinamool. 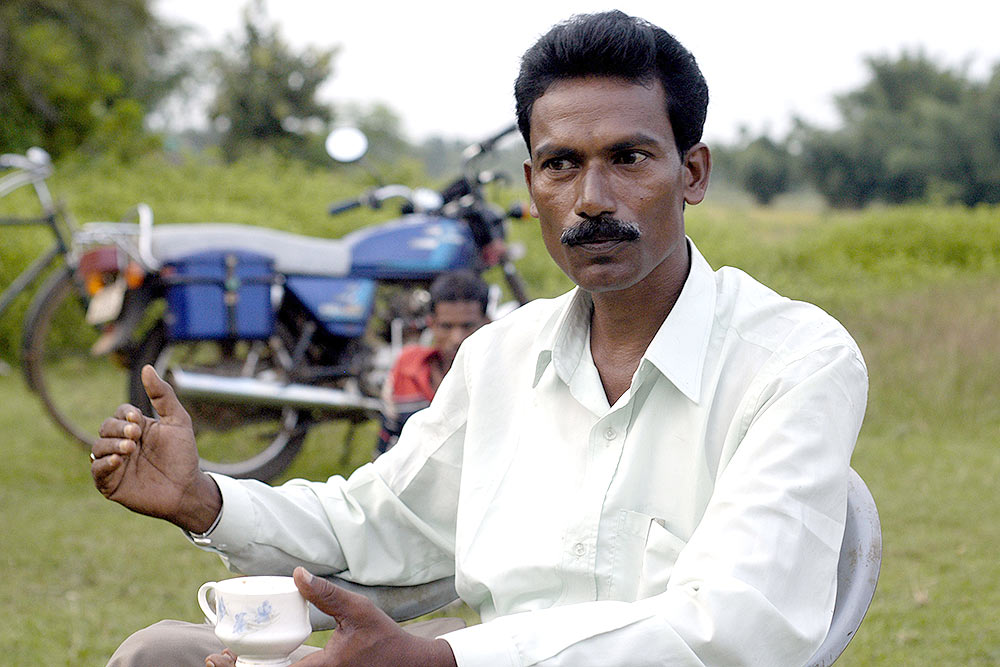 Photograph by Sandipan Chatterjee
Chhatradhar Mahato, once a Trinamool member and a popular leader in ­Jangalmahal, has been in jail despite Mamata being in power for six years.

Perhaps Roy too would have stayed on, or at least delayed his departure, if it weren’t for a little-known incident in the midst of the scam investigation. Asked why he, as railway minister, handed the catering contract to chit fund kingpin Sudipto Sen, serving time in a Calcutta prison, Roy blurted out in a television interview that he was not the railway minister when it was done. The finger was pointed directly tow­ards Mamata, who was the railway minister. Banerjee immediately stopped all contact with Roy—cutting off his supplies so to speak and even allegedly reducing his security—and eventually, earlier this year, expelled him. The BJP may well be, as alleged, behind widening the split bet­ween Mamata and Mukul. But it is perhaps Didi’s highhandedness that allows for such cracks to exist in the first place.

No Curl Yet Over The Wall