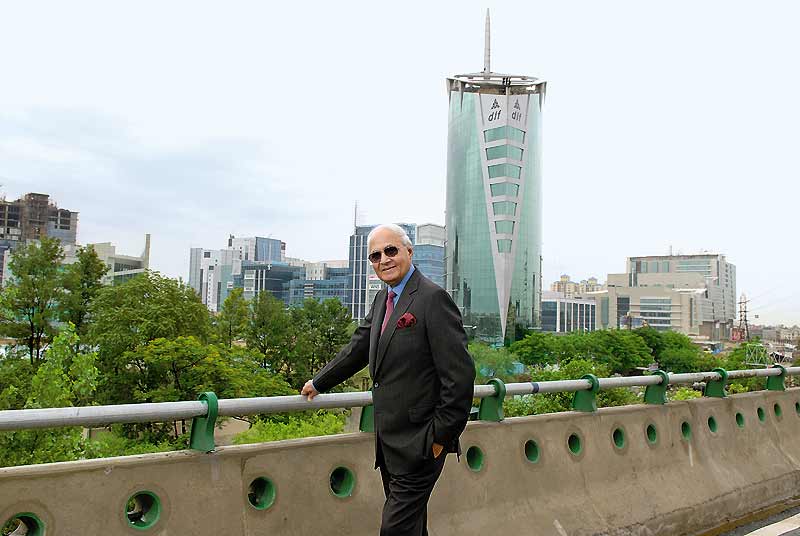 The jury is still out on whether real estate giant DLF got a quid pro quo from the Haryana government for the unsecured loans given to Robert Vadra. But there is hardly any debate over the special influence DLF and its sister companies command in the state. For examples of the state’s benevolence, consider two cases involving DLF, unravelled under judicial scrutiny in the last couple of years.

Last year, the Punjab and Haryana High Court found that DLF had acquired vast areas of land in Haryana after floating several fictitious companies to circumvent the provisions of the Haryana Ceiling on Land Holdings Act, 1972. (The Act bars a Haryana landowner from possessing more than 7.25 hectares of good arable land or a maximum of 18 hectares of barren land.) This was in pursuance to cases filed by these ‘firms’ to get land released. In June ’11, it directed the government not to grant any licence to DLF and other companies in violation of this law.

The government responded with uncharacteristic alacrity, amending the Act itself through a special ordinance issued on Aug 8, ’11—now land acquired by a person for non-agricultural use is exempted from the provisions of the Act. The amendment was done with retrospective effect from Jan 1975, so excess land held by big realty and sez owners acquired since then automatically got exempted.

The builders were elated, but the court wasn’t letting go. It was appalled to learn that DLF and its associates had “developed more than 3,000 acres of land” by floating “subsidiary companies with small share capital to save itself from the rigour of the 1972 Act or some other Act to get tax benefits”. Rattled by the court’s adverse remarks, DLF and its associate companies withdrew its cases. But the court decided to investigate further and “lift the corporate veil”. So, though it allowed the DLF companies to withdraw the case, it turned the petition into a suo motu PIL to get to the bottom of the matter. The HC order has since been stayed by the Supreme Court, but its ripples are evident. The court appointed noted lawyer Anupam Gupta as amicus curiae to assist it as a neutral party. In one of his submissions, Gupta said, “Take away DLF and the entire structure of industrialisation and economy will collapse and fall to the ground. This single player has overwhelmed the entire state apparatus in Haryana.”

Then there’s the curious case of DLF’s Panchkula Valley project located in the picturesque Shivalik foothills. Between 2007-2009, the Haryana government favoured DLF and another builder, Ireo, by exempting vast chunks of their land from acquisition norms to enable them to launch their prestigious projects on National Highway 22 between Pinjore and Kalka. The matter became public recently after it came on the SC radar which was hearing a plea that the Haryana government had adopted a pick-and-choose method to release land from acquisition for public purposes.

Finding substance in the petitioners’ plea, the SC observed, “The list of persons in whose favour land has been released show that most of them are builders or their collaborators. This gives the impression that in the guise of acquiring land for public purpose ie development of some sectors in Panchkula, the state government misused the provisions of the Land Acquisition Act, 1894, for the benefit of private companies and builders.” It has stayed any further construction by these builders and said that “we are prima facie of the view that the entire acquisition proceedings deserve to be quashed”.

Bob The Builder, Yes We Can