A gritty docu-style look at the lives of young people, but what is rendered visible is, strangely, a void 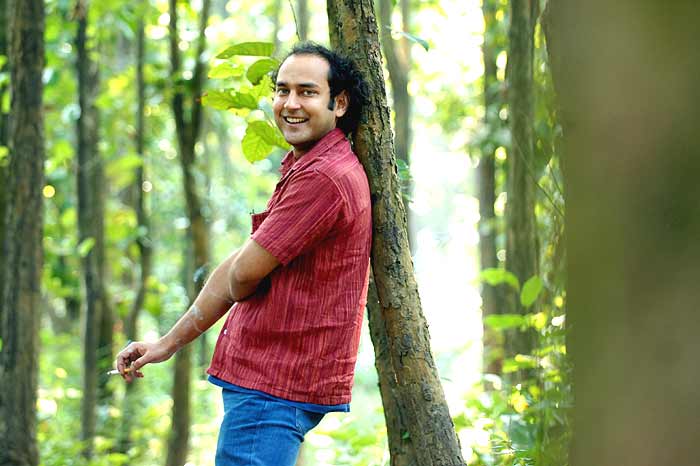 The Butterfly Generation: A Personal Journey Into The Passions And Follies Of India’s Technicolour Youth
By Palash Krishna Mehrotra
Rain Tree/Rupa | Pages: 263 | Rs. 450

Palash Krishna Mehrotra’s friction-free prose takes the reader deep into the murk of modern urban India. We cruise about, snapping up every rat-flavoured, neon-scented tidbit that he presents to us, because he writes in the style of a documentary video.

Even though we probably wouldn’t know better either way, his Wheeler Dealer... sounds like an authentic person. We are told that Nandu the autorickshaw driver is “a hustler, an illegitimate supermarket on wheels, and a sleazeball par excellence” in the first paragraph. The man’s life is laid bare for us, in lurid, unsparing details. He is exposed to our gaze like a frog on a dissecting table: here he is, having sex with his wife at home, while being spied upon by the younger of his two sons; here he’s selling weed, porn and junk food to schoolboys and security guards alike; here he enjoys the services of a prostitute and there he insists that a respectable woman cannot stray.

The essays are presented with the same admirable detachment, whether they are about Mehrotra or his assorted friends and acquaintances. In Yellow Umbrella, for instance, we accompany him on a frustration safari with a smart young woman, a corporate lawyer who doesn’t mind letting him stay overnight in her apartment, so long as he sleeps alone on the couch. We watch him suffer petty humiliations at the hands of his crude-mouthed landlord in There’s a Rat in Your Room, lose his dignity to sadistic seniors in college in Stripped and Beaten, get humped-’n-dumped in quick succession by a sweet young thing in V-Day. In The Life and Death of Bobby Brown, we follow a young loser down the chemical chute to oblivion, while in Gay Ho! we get to peek under the blanket of alternative sexuality.

The essays are divided into three sections, defined by changes in focus. One-on-One is about individuals, Wide Angle is about broader social issues such as the changing freedoms—or lack thereof—in the lives of young urban Indian women, domestic workers and stand-up comedians. Here We Are Now, Entertain Us is a speed-trek through the nation’s TV, music and cinema dimensions. I enjoyed Inside the Sari and Servants of India. I read I Love my McJob with interest, having long ago wondered whether the middle-class Indian youths seen wielding mops at these US-franchise eateries ever, swabbed the floors of their own homes. I was amused to be reminded, by Where’s the Party Tonight?, of my days in the social wasteland of parties and panty-chasers. Saddened too: thirty-odd years have passed since I was in my 20s, but if Mehrotra is to be believed, the emptiness I saw in the world around me then has grown into an all-encompassing void.

The reason I feel vaguely disappointed with the book is not because I think it’s untrue or that it’s biased by the author’s weed-fuelled, Oxford-educated perspective, but that it shows me what I call deja knew: things half-seen, half-remembered and wholly digested. Yes, India’s ‘butterfly generation’ has metamorphosed from the chrysalis of its parents’ cautious, single-income, ration-card-obsessed days. And yes, it’s testing its big youthful wings on the winds of global change. But where is it going really? We might be the ‘world’s youngest nation’—by 2020, the projected national average age will be 29 years—but there’s less space than ever in an increasingly intolerant world for India’s giant army of newly prosperous consumers. As more Indian writers let go their inhibitions, we see more of what used to be hidden and almost nothing that might be worth looking at. No one in these pages seemed worth caring about. The Facebook mourners for poor Bobby Brown were moronic in their grief and the author’s romantic targets appeared to be as tinsel-hearted as the Valentine cards they sent out.

But a single ray of hope does shine up from the book: India’s got music, apparently. Lots of it. I can attest to this myself, having attended the Limca Book of Records annual launch event one week ago. Heard the warm, powerful sound of folk-fusion rock played by young, hot musicians. Loved it. Of course, Mehrotra’s chapter on music, The Gurus of Growl, concerns heavy metal bands, not folk-fusion...in the end though, maybe none of it really matters. Maybe it’s time to replace E.M. Forster’s “Only connect” with “Tune in the beat, tune out the gloom and groove on regardless.”