Did Delhi Police sleuths jump the gun with the wrong one? 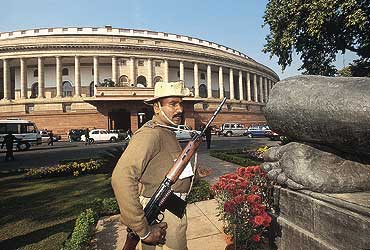 What has come as a blow to the Delhi Police investigators is the CBI rubbishing their claim that Mohammed—the man who led the fidayeen attack on Parliament—was the 'Burger' of the IC-814 hijack two years ago. The CBI, which is investigating the Kandahar case, has written to the Union home ministry dismissing this claim as baseless.

CBI officials dismiss the assertion that the terrorist killed in the Parliament attack was Sunny Ahmed Quazi alias 'Burger'. The investigating agency reached this conclusion after a team of experts from the Central Forensic Science Laboratory were called in to ascertain the identity of Mohammed whose body, along with the bodies of other members of the fidayeen squad, is kept preserved at Delhi's Lady Hardinge Medical College mortuary.