Gandhi and Modi, two men who couldn’t have been more different, but born of the same soil that also gave us Sardar Patel and Jinnah 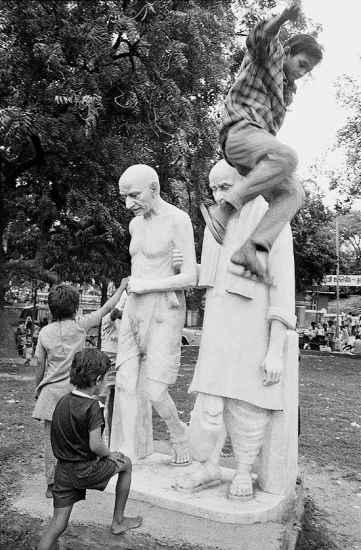 After May 16, we can certainly now look to Gujarat as the state that has given India some of its most significant leaders. There must always first be Mohandas Karamchand Gandhi, born in Porbandar on the coast of Gujarat and till today the most famous Indian name across the world. Prime Minister Narendra Modi shares little with Gandhi besides the fact of having been born in Gujarat and having a strong personal commitment to vegetarianism and prohibition. From Gandhi to Modi, surely we are travelling to the opposite pole of the multitude of impulses that drive our nation?

Yet just as we must know our past and understand Gandhi, we can also try and forecast the future and wonder whether Modi would, for altogether different reasons, become a figure for the world to know beyond the polarising figure who was denied some visas. Given the drive and application of a campaign that converted 31 per cent of the Indian vote to 52 per cent of the seats in Parliament, let it be said that he is the second...