Old is not just an adjective to age, it's a stage of life our planners have to take note of 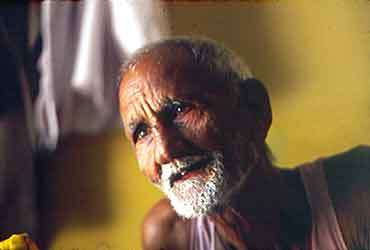 Growing Old In India—Voices Reveal, Statistics Speak
By Ashish Bose and Mala Kapur Shankardass
B.R. Publishing Corporation Rs 1,000; Pages: 450
Everyone knows that South Asia is a growing population. But that it is a population that is growing old very fast is a reality not too many have had time to focus on. As people over 60 rise to a significant proportion of our population, their unmet needs, the lack of resources to meet these needs and, most importantly, society’s inability to use them as a productive resource is already becoming a nightmare for the economists of the developed world. And judging by the evolving demographics in India, the nightmare is likely to acquire Godzilla proportions.

The reality beyond the economy is even tougher. How does an old person integrate his or her experiences and make sense of life? How do old people assert their right for a good enough quality of life? How do they as a group acquire a voice so that society grows continuously and not seem to treat its history as a black hole where all memories, relationships, learning and experience can get consigned to? There is a complete vacuum of accessible knowledge to understand old age in the Indian context. Stereotypes thrive and influence policy. Uninformed action continues to be ‘welfare’- and not ‘right’-based. The reality that ‘old’ is only an adjective to describe age, and old age is a stage of life, is lost.

Ashish Bose and Mala Kapur Shankardass attempt to fill this vacuum by bringing forward information on various dimensions of being old in India. The book is in four parts: essays outlining the issues; understanding old age through narratives and responses of old people from varying contexts; policy interventions at the national and international level; and statistics on the condition of the elderly. But while it is laudable as a singular effort, it is somewhat incomplete. The authors have failed to comment, analyse or link the themes they present. It is perhaps best described as good research for four books, not one in itself.

The narratives form the most readable section of the book. The stories unfold moments in many lives, each moment waiting to be deconstructed further. The lack of it, however, reduces these narratives to ‘biographical notes’ about people. They seem to echo each other rather than speak out individual truths. The stories also seem Delhicentric, and involve mostly the middle class. Their content is dichotomous, it’s either a good life or a bad one. But life has both its good moments and its bad ones. Stereotypes that the authors seek to demolish may, unfortunately, only get reinforced. The stories fail to project the struggle or joy of being old in India. A focus on thoughts, feelings and emotions, as opposed to the needs, events and situations in a person’s life would perhaps have been more useful and evocative.

The section on statistics can be extremely useful for people working with the old. For, numbers are always a tool for advocacy. But sans comment on policy implications, they remain just that. The projections could, for instance, have included a comment on how budget outlays will need to change with changing needs of a population. The disability statistics among the old likewise could prove extremely important for the disability movement to take note of. Presently the focus is on the young person with disability, but when the number of older people grows further, the change in services and strategies will become imperative. Similarly, the gender analysis of the data could emphasise a possible difference of needs and take into account the stigma attached to being an old woman. The widows of Vrindavan are still a reality in India. And it continues to be tough for the woman in India, from foeticide to being a single old woman of 65 without any assets. The issue of old age and homelessness, the issue of impact on the productivity of caregivers due to chronic illness in old age, all require comment and positions which the authors shy away from.

This lack of comment and critique also mars the authors’ description of policy. The reader is left unaware of the limitations of the present policy on old age. Bose and Shankardass fail to initiate the debate on what is needed and what is possible.

Be that as it may, the book is a beginning of an emerging focus on policy, research and service delivery for the old. Its deficiencies only highlight the issues that need to be debated. The authors demonstrate the need and their own capacity and knowledge to address this need. However, there is a huge challenge to begin to integrate and link the voices of people with statistics and policy. The present book goes one step forward by placing the two together, but stops short of linking them.

(Dr Achal Bhagat is a psychiatrist and mental health activist.)