National The Greater Kailash Of Garbage

There are time-bombs ticking in the capital—after all, there’s only so much ­garbage landfills can take. Swachh Bharat slogans won’t stop the volcanoes from exploding, as remedies and alternatives languish for lack of vision and funds. 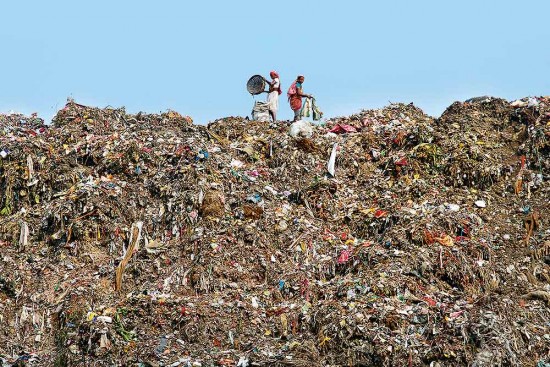 “Garbage mounds at the Ghazipur landfill site (in Delhi) will one day touch the height of Qutub Minar and red beacon light will have to be used to ward off the aircraft.”

—The Supreme Court of India

It’s like a throbbing, reclining ogre, with smoke bellowing out of its many crevices and an unbearable stench seeping into everything surrounding it. Hawks and eagles hover over its dark grey slimy bulk, picking up rotting flesh and melting bones. This is the Bhalaswa landfill at the entrance of India’s capital. If you are driving into Delhi from the north, through the Karnal highway, this is the first sight that will greet you. Or if you are coming down from the verdant hills of Uttarakhand, passing the vast, fertile Gangetic plains of western Uttar Pradesh with its golden fields, the toppling mountain of garbage of the Ghazipur landfill on the left is the sign that you are about to enter Delhi.