It has been a decade when cinema has seen more risk-taking than ever before - with subjects, treatment, roles, language, technique and limits. 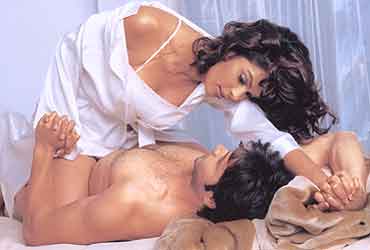 outlookindia.com
-0001-11-30T00:00:00+0553
The tortoise makes progress only when it sticks its neck out of the shell. After the exciting '70s—the flowering of parallel cinema, the arrival of Big B, the sudden rise in technical quality —in the '80s, cinema slept. The Manmohan Desai film-as-variety-entertainment formula ruled, no mother could have more than one child without losing one, music meant plagiarism, the hero persona was ho-hum hackneyed, and heroines seemed part of the set design. But then, suddenly, the '90s jumped out of bed, and did a dozen push-ups.

The last 10 years of Indian cinema have seen traditions thrive and die, formulas soar and sputter, entire new categories and idioms created within mainstream Indian cinema. Above all, it was a decade that saw more risk-taking than ever before. With subjects, treatment, roles, language, techniques and limits. It was a decade when nearly everyone tried something new. Leading stars happily played evil bastards. Strange ideas like a village cricket match in the late 19th century, or the life of a deaf-mute-blind girl got backing from big money. Young urban India was depicted as it actually is—not as college boy dancing and chasing college girl with a hundred elderly classmates in the chorus, but in the Malabar Hill dining rooms of Dil Chahta Hai and the mean streets of Satya and Ab Tak Chhappan. There were films that had no songs, and films that used the vilest slang, not to titillate, but because those words needed to be used.

Of course, in the meantime, the Yash Chopra-Karan Johar formula factories ground out ever sleeker versions of the endlessly tried and extensively tested, about the sort of love that went out of fashion with Shah Jahan, in families living in London and New York with values rooted in 1930s Lahore. But the last 10 years have challenged these standard blueprints aggressively. And in many cases, made a killing at the box office.

What happened? A whole new breed of filmmakers and actors and technicians, bred on equal doses of Indian and international cinema, bending formula or jettisoning it altogether. So you had films about six NRIs robbing a bank in LA and another NRI coming back to build a power plant for a village; about an innocent page 3 reporter and a gangster who wants to be a doctor; about three young urban men discovering themselves in the late '90s, and three young people discovering themselves through the Naxalite movement and the Emergency. Some of these films may have been good, some bad, some outlandish in their attempt to be technically hip, and several straight lifts from Hollywood hits, but all of them had scant regard for the tried and tested. And all these films made money.

The decade that is ending, straddling as it does two centuries, was a decade of challenging conventional wisdom. And it showed that the Indian audience had the bandwidth to absorb both the common and the quirky. Ajay Devgan can play a one-eyed psychotic, and Shah Rukh a ghost in Amol Palekar's version of a novel once filmed by Mani Kaul. The challenge is still weak but the fact that the formula is neither sacrosanct for the filmmaker nor of importance to the filmgoer is a big step forward. Nothing is carved in stone anymore in our cinema, nothing can be taken for granted. And that's great reason to stick one's head out of the shell.