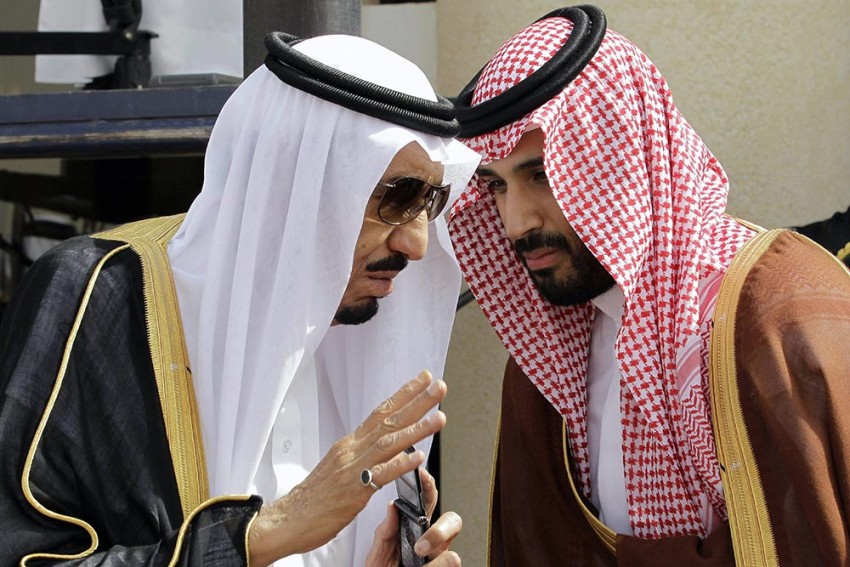 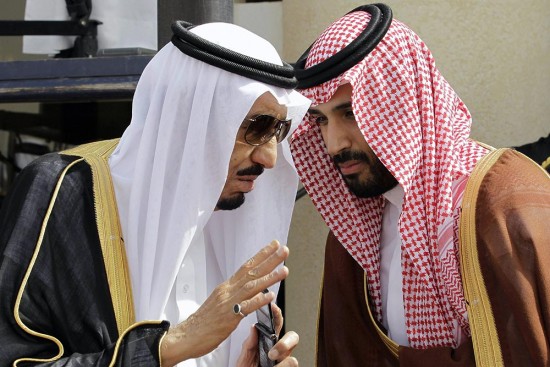 The editor of the Jeddah-based Arab News, Faisal Abbas, has mounted a robust defence of the wide-ranging purge and det­ention of senior royals, ministers and officials by the Saudi king and his favourite son, crown prince Mohammed bin Salman, on November 3. Abbas rejected suggestions of an “internal power struggle” and firmly supported the official narrative that this was all about investigations into fraud and corruption.

Carried away by his own rhetoric, Abbas breathlessly concluded that the “ambitious reforms” being implemen­ted in the kingdom affirmed that “we are finally living in a country where anything can happen”. He finally got the last part right.

The last two years have seen some ext­raordinary developments in Saudi Arabia. King Salman, 81 years old, and for several decades an integral part of the Saudi system has, since he took the throne in January 2015, overturned every norm on the basis of which his country has been governed. These norms had given the country unique stability and continuity in a region that, over the last seventy years, has witnessed coups, regional wars and fierce civil political and military conflicts. 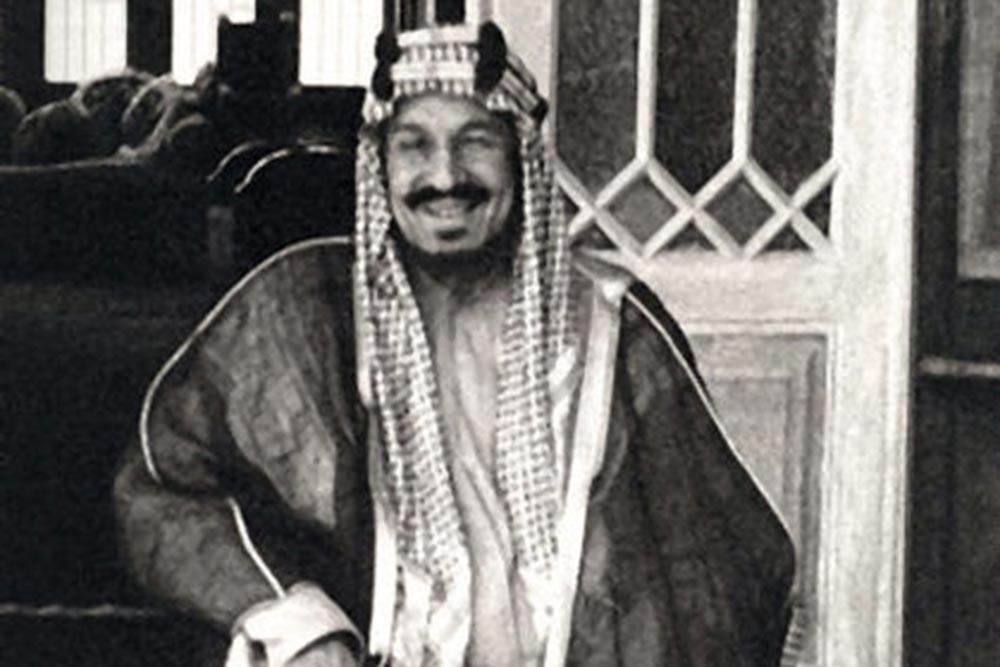 The norms were simple, but unique to the kingdom: on his death-bed in 1953, after having dominated his nation’s life for fifty years, the kingdom’s founder, King Abdulaziz, asked his sons, numbering about fifty, to maintain family unity, let succession pass from brother to brother, excluding the unfit, and ensure that major decisions affecting royal and national interest (there being no difference between the two) were taken after due consultation amongst senior princes.

This royal order has been maintained through an internal balance of power among senior princes: the armed forces under Prince Sultan, the security and police under Prince Nayef, and the National Guard under Prince Abdullah, so that no single prince or branch has enjoyed untrammelled authority.

The Saudi order has another unique character that sets it apart from most global polities: it is firmly defined by an affiliation with a religious movement, referred to popularly as ‘Wahhabiyya’, after its 18th century founder, Sheikh Mohammed bin Abdul Wahhab. Sheikh Mohammed’s belief-system was austere and demanding in that it rigidly defined the acceptable tenets of Islam and reje­cted as kufr several aspects of popular faith that it described as aberrations or innovations, including the Shia and Sufic traditions of Islam.

An ancestor of the Al Saud, Mohammed, entered into a covenant with this ref­ormer in 1744, affirming that he would enforce the tenets of the venerable sheikh in the territories conquered by him, thus transforming himself from an ordinary desert marauder into a religious zealot.

But, the zeal and attendant depredations of these early Wahhabi warriors attracted the attention of the Ottoman rulers of these lands, who despised the destructions of holy shrines in the reg­ion and the expansion of their power. Twice the Saudi state was destroyed by external interventions, so that by the end of the 19th century, several members of the Al Saud family had been executed, exiled or held hostage in the Ottoman court in Istanbul.

Their fortunes turned when, in 1903, a young member of this family, Abdulaziz, came back from exile in Kuwait to rec­laim his patrimony. He consolidated his conquests through a 30-year period, fina­lly proclaiming the Kingdom of Saudi Arabia, named after his family, in 1932. True to his traditions, he also ensured that the tenets of Wahhabiyya would inf­orm the new state, with Wahhabi clergy retaining primary influence over education and the social and cultural asp­ects of the state, while providing clerical backing for the political and foreign policy decisions of the rulers.

It was always known that the passing of power from the sons of King Abdulaziz to the next generation would be a complicated matter. But, based on the functioning of the royal family over the last sixty years, it was assumed by most obs­ervers that the system would function in the same way it had done so far.

When Salman became king in January 2015, it seemed that would indeed be the case. For, he had Prince Muqrin, the last surviving son of King Abdulaziz, with a distinguished track-record of public service, as his crown prince, and Prince Mohammed bin Nayef, a prince from the next generation, with an outstanding record, as the deputy crown prince. The first impression was that it would be business as usual.

Mohammed bin Salman was made crown prince in moves that discarded the system of consensus and eroded the internal balance of power.

But, things took a different turn fairly quickly: on accession, the king appo­inted his favourite son, Prince Moha­mmed bin Salman, the defence minister, and then head of the supreme economic council. After this, there was no holding back: Prince Muqrin was rem­oved as crown prince in April 2015 and Moh­ammed bin Nayef was moved out in June 2017, after the king accused him of being addicted to pain-killers that imp­aired his judgement.

Mohammed bin Salman then became crown prince, in moves that threw away the tradition of consultation and consensus, and eroded the internal balance of power by bringing the defence and interior portfolios under the control of the young prince.

The relentless upward push of the crown prince has on November 3 culminated with the purge and detention of 11 princes, four sitting ministers, and several former ministers and officials. With this initiative, Prince Mohammed bin Salman has finally put an end to the int­ernal balance of power that had characterised the Al Saud for nearly sixty years. By detaining Prince Miteb bin Abdullah, the head of the national guard, the last centre of power is now under the crown prince’s control.

‘Night Of The Long Knives’

The unprecedented developments of Nov­ember 3 have left commentators struggling with words to describe them: expressions such as ‘night of the long knives’, ‘shock and awe’ and ‘game of thrones’ are being freely used. The detentions have been carried out on the basis of a royal decree that set up a powerful anti-corruption supreme committee, headed by the crown prince, that had the powers to investigate, arrest and confiscate the assets of all persons suspected of corruption.

Though hard information is meagre, it is clear that the power bases, political, military and financial, of possible rivals to the crown prince have been attacked. Besides Prince Miteb himself, many business, official and media figures associated with his father, King Abd­ullah, have been detained, as have those linked with the Al-Sultan and Al-Fahd bran­ches of the royal family.

The detention of the high-profile billionaire pri­nce, Alwaleed bin Talal, has come in for considerable speculation. It is suggested that, besides earning President Trump’s hostility, Alwaleed had irked the crown prince by refusing to invest in some grandiose projects promoted by him. In terms of the anti-corruption crusade, Alwaleed is being accused of money-laundering, bribery and extorting officials, while Prince Miteb is accused of embezzlement, hiring ghost employees and awarding companies, including $10 billion deals for defence supplies.

In earlier public remarks, the crown prince had spoken of $80-100 billion dollars of “inefficient spending” every year on government contracts between 2010-14. Some officials have suggested that the ongoing crackdown could boost state coffers by about $800 billion in terms of confiscated assets.

Prince Mohammed bin Salman has pro­­jected himself as the harbinger of a ‘new Saudi Arabia’ by tapping into those issues that resonate deeply with the youth of his country, ie, technology and economic development, social reform, moderation in religion, and importantly, corruption. He justifies his overt power-­grab on the basis of this enlightened agenda.

But, sceptics point out that the kingdom has never had a tradition of acc­ountability and oversight for its princes and those close to them, and see the anti-corruption committee as pursuing a pre-planned political agenda to ensure the crown prince’s unchallenged accession to the throne, following his father’s imminent abdication.

He is strengthened in his resolve by the full support he has got from Trump and his son-in-law, Jared Kushner, with whom he is said to have a close personal relationship. These ties have been lubricated by the promise of defence deals and the close personal view they share of restricting Iran’s influence in the reg­ion and, towards this end, working closely with Israel to confront Iran and its ally, Hezbollah, in Lebanon and Syria. The Saudi developments have created some concerns in regard to the outlook for the oil scenario. The kingdom is reeling from low oil prices, which have undercut its revenues and reduced its foreign reserves from over $700 billion to well below $400 billion in just two years. With robust US shale oil production when prices are around $60/ barrel, as at present, it does not seem that pri­ces will cross this bar by much in the near future.

The prince’s acts have weakened the GCC, sparked conflict with Qatar and failed to end Iran’s hold on Iraq, Syria, Yemen and Lebanon.

This calls into question the kingdom’s ambition to confront Iran through proxy wars in Syria and Yemen, where it has spent billions of dollars without any sign of victory, even as the crown prince’s initiatives have spelt the end of the Gulf Cooperation Council (GCC) as a cohesive entity, embroiled the country in a long-drawn and increasingly acrimonious confrontation with Qatar, and above all, has failed to diminish Iran’s influence in Iraq, Syria, Yemen and Lebanon.

Given the opacity that surrounds all matters pertaining to the royal family and political issues, it is difficult to gauge the impact of the rec­ent purge in the kingdom on Saudi nationals. However, even if there is wide-spread resentment about the crown prince’s conduct, it is difficult to see how this resentment could translate into active opposition. Saudi Arabia has no tradition of organised expression of public dissent on the streets, on the lines of what took place certain Arab capitals during the early days of the Arab Spring.

Again, with all the institutions of power now entirely under the crown prince’s control, no coup can be organised against him, nor is there likely to be political change effected by some external power.

Thus, Prince Mohammed bin Salman would do well to take advantage of the opportunity given to him to effect the economic and social changes he has promised to justify his accession to power. More importantly, he could rev­iew his visceral animosity for Iran and use diplomacy to address the issues that divide them. Failure in these areas will undermine him crucially and remove any justification for the power he has so ruthlessly accumulated.

(The author, a former diplomat, has twice been India’s ambassador to Saudi Arabia)