The Good, The Bad And The Ugly (English)

So technically superior and cinematically large that it’s unsurpassable. 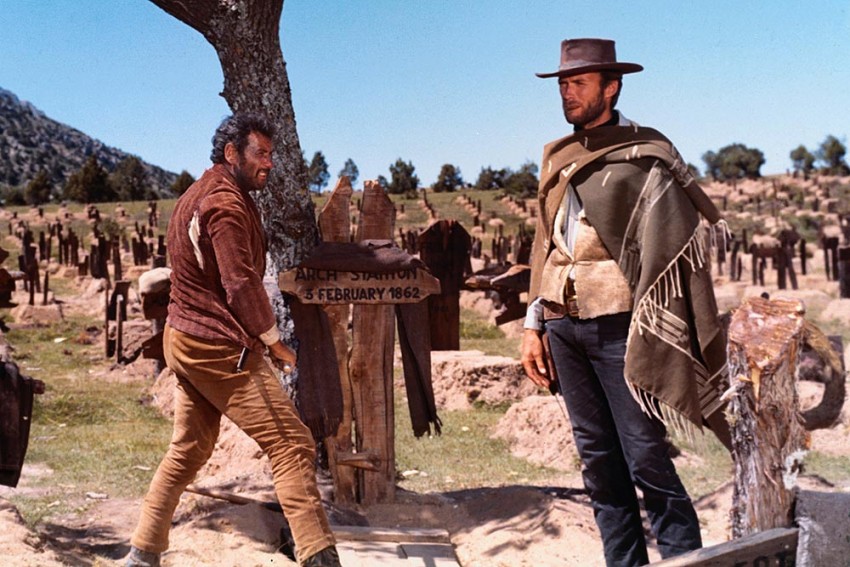 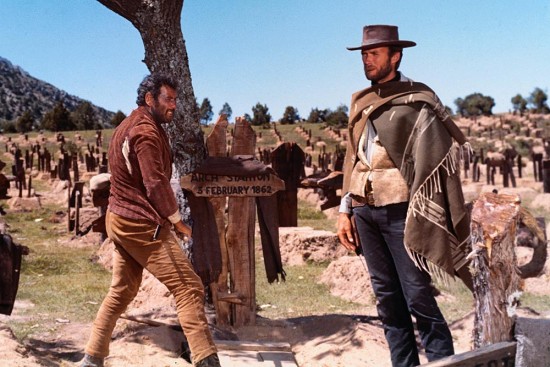 The Good (Clint Eastwood), the Bad (Lee Van Cleef), the Ugly (Eli Wallach), simmering in the three corners of a barren cemetery, their hands inches from their guns. Who will be quickest on the draw? The screen is filled with a close-up shot of Eastwood’s hands next to the trigger, it then cuts to Cleef’s finger near the hammer, then Wallach. For a full one-and-a-half minutes there is no dialogue, only shots of their hands, the guns, their eyes—cool, shifty, scared. Eastwood, inte­nse with a mean stubble, chewing on his cheroot, is of course the quickest, gets Cleef in one shot, then fires two more to make sure. Sergio Leone’s iconic western with its haunting music score, copied, lifted, stolen a million times by a hundred filmmakers, is still so technically superior and cinematically large that it’s unsurpassable. Who would have thought then Clint Eastwood would go on to make such a sensitive, even an anti-western like Unforgiven?