How does a balding mid-50s nation, besieged from within by a trident imperviousness to the laws of the land commemorate those who launched, aided and celebrated murderous attacks on colonial officials in the early 1900s? 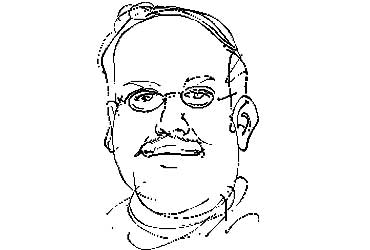 Har Dayal was a brilliant product of Delhi’s Kayasth community and St Stephen’s College. But as with a whole clutch of end-of-the-century patriots, he had a visceral dislike of the British Raj. His feats were legendary, from his facility with most north European and Indo-European languages, to his photographic memory, his polymathic reading and an incredibly sharp mind, attested to by friends on both sides of the racial divide. These indeed were incredible achievements. But his patriotic idiosyncrasies—boycotting the imperial postage (which the Mahatma with all his non-cooperation exploited assiduously), refusing to converse with Indians in English suits, or even rigid asceticism in later life—seem to belong to that ultra range of the anti-colonial spectrum which found political expression in the cult of the bomb, and the fomenting of Ghadar (an 1857-like upheaval) in north India with funds and volunteers from labouring Indians, resident in North America.

This is a life sketched by Har Dayal’s granddaughter and her husband. Based on contemporary records, it has a fair sprinkling of family lore. There is a sympathetic profile of the peripatetic agitator’s wife, bereft after a brief conjugal sojourn in India, while the exiled husband travelled from Europe, North America, the Caribbean, Scandinavia, even Hawaii, exhorting Indian youth to ‘take up arms against a sea of troubles’.