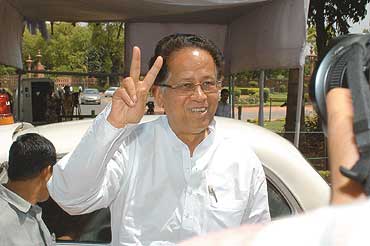 outlookindia.com
-0001-11-30T00:00:00+0553
Is Paresh Baruah, the elusive ULFA ‘commander-in-chief’, in the custody of Pakistan’s Inter Services Intelligence? A section of the Indian intelligence services believes he is. But Baruah has told peace facilitator, Assamese writer Indira Goswami, that the news is false and moreover, that he is ready to come to Assam or any other place to talk peace—provided the modalities are in place and New Delhi is sincere in its commitments. The ruling state Congress sees this as a positive sign, CM Tarun Gogoi promising to continue the ‘non-confrontation’ policy in his second term too. "If Baruah has said this, it’s well and good. We want peace back in Assam," Gogoi told Outlook. As part of a CBM, in the coming weeks, five top ULFA leaders could well walk out of the high-security Guwahati Central Jail to join ‘underground’ colleagues ahead of the third round of talks between the ulfa-appointed People’s Consultative Group and the Centre. The Gogoi government has already given a ‘no objection’ to their release.

Will It Go Underwater?