The Genie Is Out!

The largest ever study on the genomic diversity of Indians is here. Be ready to face the extinction of many cherished myths. 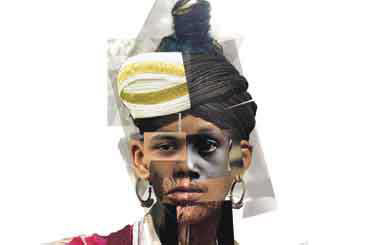 outlookindia.com
-0001-11-30T00:00:00+0553
Geneticists have discovered a truth that our first prime minister, Jawaharlal Nehru, knew all along. That there's an essential unity entangled in the variegated forms visible in this hallowed land of ours. Anthropologists have been at it for long, but it's only a recently concluded study on the genomic diversity in India which has irrevocably proved that there are more genetic differences within a given ethnic population than what exists between peoples belonging to different regions. This has given a lie to all racialist impulses—in currency even now, as much among the scientific community as the laity—that pin cultural diversity to a biological basis.

The largest ever study of its kind, it has shown that Indians are the world's most heterogeneous group, perhaps even more than the Africans in some sense.

Genes are strange entities. For, an apple-cheeked Kashmiri may look totally different from a green-eyed Mangalorean or a kinkily curly-haired Keralite, but these differences are only skin deep. Literally. Conducted by researchers drawn from the Central Forensic Science Laboratory (CFSL) and the Anthropological Survey of India (asi), Calcutta, the study shows genetic variation within populations is more than 97 per cent. In plainspeak, more than 97 per cent of human genetic variation exists among individuals within the same population group; differences between major groups constitute less than 3 per cent of the variation. (A result of genetic differentiation accumulating within isolated population groups that split from each other at some hypothetical point in time.) This suggests only a teeny-weeny fraction of genetic features are distinctive to particular populations and, therefore, apparent differences between human groups—height, hair texture, skin colour, skull shape—arise due to differences in a tiny proportion of genetic traits.

There have been studies before to test the hypothesis of genetic diversity, but none so comprehensive in its coverage of population groups and accurate and up-to-date in the application of genetic tools. Says V.K. Kashyap, director, CFSL: "This is perhaps one of the largest studies in the field of human genome diversity. We have analysed 54 endogamous groups comprising 3,647 individuals. The population selected belongs to all major linguistic families and ethnic groups from diverse regions of the country, occupying different positions in the socio-cultural hierarchy."

Studies so far, apart from being selective and small, used a tool called classical genetic marker, which is a specific gene with recognisable traits whose inheritance can be followed. But scientists say it can provide only a rough outline of the trend of genetic variations. The CFSL-ASI study used a set of 15 microsatellites located on different chromosomes instead. A microsatellite is a locus or region within DNA sequences where short sequences are repeated several times. Microsatellites are a global standard today because at a particular location within the genomic DNA, the number of short sequence repeats varies between individuals, within populations and/or between species. For example, one group may have 15 nucleotide repeats of AT (adenine, thymine) in a row, whereas another may have 19 ATs repeated at the same location in the DNA. So, it's much easier to identify people from one population based on their microsatellite information. "The difference between classical markers and microsatellites is akin to that between calculators and PCs," says researcher Rajani Trivedi. Scientists are betting these findings would also help in studying the history of migrations into the subcontinent. Microsatellites will be especially useful in offering migration clues as they change quickly over time. (Which fact explains how differentiation accumulates within a group.) By comparing differences between populations, researchers can deduce the migration paths taken by modern humans after they left Africa, and entered the subcontinent.

What the research already reveals is imprints of social and cultural practices on people's genetic constitution. Take, for instance, heterozygosity (simply put, variation on a single trait, e.g. eye-colour). The least degree of this is found among Manipuri Muslims; the maximum is evident among the Thakurs of UP. This means Manipuri Muslims have more inbreeding (consanguineous) and the Thakurs have more outbreeding as they carefully leave out a few generations on their parents' side while selecting a mate.

The Indian population includes four ethnic elements: Australoid, Negrito, Mongoloid and Caucasoid, with varying degrees of mixtures and dispersions thereof. The Caucasoids and Mongoloids, though, are primarily concentrated in the north and north-eastern parts of the country. The Australoids are mostly restricted to central, western and southern India, while the Negritos are confined to the Andaman islands. Loosely speaking, India's four language groups—Indo-Aryan, Tibeto-Burman, Dravidian and Austro-Asiatic—correspond to this geo-demography, although mapping linguistic groups onto racial/genetic types is an exercise fraught with peril. For one, there are large interloping presences (like the Mediterranean types in the south), and language affinities can be fickle.

Going by the regions, it is found that the genetic diversity between individuals within a population is highest in the north, followed by the western, central, southern and eastern regions. Among ethnic groups, the Caucasoids have the highest variation followed by the Mongoloids, with the least variation found among the Australoids. The populations of south and central India are genetically closer than populations from other parts of India.

While the entire human race is 99.9 per cent similar, it's the 0.01 per cent of the genetic differences which creates a mosaic of various groups and holds the key to various diseases and their cures. This study surely rings a bell, a loud one, for the pharma industry (both global and domestic) for it confirms their premise that the ethnically diverse Indian population is a goldmine for testing new drugs. Even minuscule genetic variations between patients can make a huge difference to the success of a drug: whether it works or not, and in deciphering what side-effects it can cause. Little wonder then that the clinical trial market in India now stands at Rs 200 crore and is growing by 30 per cent every year, with drug companies coming in droves to conduct more trials.

In fact, one of the benefits arising out of this Herculean research, says Kashyap, is the association of microsatellites to diseases. Though in its infancy, it has, according to Dr Syed E. Hasnain, director, Centre for DNA Fingerprinting and Diagnostics, Hyderabad, "immense bio-medical value". "If you've a community living in a malaria-endemic region that isn't susceptible to malaria, you are clearly looking at disease association," says Hasnain.

A DNA bank has also been set up at CFSL where the samples used in this study have been deposited. Currently, the bank has a few thousand samples, but it aims at collecting 1.5 lakh samples and has been gathering mitochondrial DNA, part of the genetic material inherited from mothers, which helps in tracing maternal lineages. "This would sure help solve baby-swapping cases , but we would ideally want to build a DNA database of Indians for criminal investigation," says Kashyap.

Does that mean you take a sample of DNA material—blood, hair or semen—of the culprit in case of rape to the bank and match it with the samples and come back with valuable information about the criminal? Not yet, says Dr Hasnain."In order to do that, we need not just a DNA bank but a DNA profile bank where complete genetic profiles, which are amenable to any kind of analysis, are stored. But before we do that, we need laws to protect the rights of individuals. We get inquiries from the Interpol about sharing of DNA profiles of people which we have collected from the cases we have handled, but I think unless we have a law, it's not fair to share DNA information. Even if we start such a bank with the DNA profiles we possess, it will be a good beginning, but a lot of legal and ethical issues need to be sorted out before that."

The history of humanity is clearly a history of movement and mixing: out of Africa, into India and then into different regions with varying degrees of admixture between the immigrants and the local inhabitants. All this has been influenced by the physiography of the country, which has also played its part in the evolutionary process. Now that the researchers are close to parsing the genes further to delineate the genetic structure of most of the communities, generation-next can look forward to a more informed and equipped healthcare system. How much of this knowledge will, however, translate into customised treatment for the commoner could be the subject of a debate perhaps difficult to settle.