The Genie In Youth

Yet another unravelling of the complexities of the man and his times, but still not complete 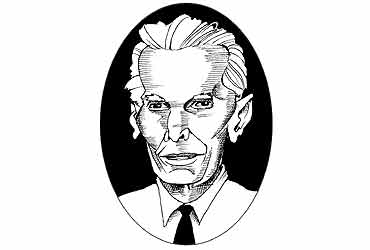 Ambassador Of Hindu-Muslim Unity: Jinnah
By Ian Bryant Wells
Permanent Black Pages: 267; Rs 295
Right from the time the British consolidated their empire in India, their Hindu and Muslim subjects began defining their attitudes towards each other and their rulers. Hindus felt that it was time to reassert their religious identity, settle scores with the Muslims who had lorded over them for centuries, and when the time came for the British to leave, take over rule of the country. After the Mutiny of 1857 was crushed, the Muslims realised there was little chance of their becoming rulers again and they had to come to terms with the British and the Hindus who formed the preponderant majority in the country. One section led by the founder of the Aligarh Muslim University, Sir Syed Ahmed Khan, was of the opinion that they were safer under British hegemony than under a renascent Hindu domination. Another section felt that they had nothing to fear from the Hindus and they should join them in pressing the British to concede democratic rights to Indians and grant them dominion status. One man who was able to reconcile these two groups was M.A. Jinnah (1876-1948). This is recorded in this meticulously researched book by an Australian scholar.

To understand Jinnah’s role as an ambassador of Hindu-Muslim unity, a title conferred on him by Sarojini Naidu, one needs to know his background. He was born in Bombay in an Ismaili Khoja family regarded by orthodox Muslims as "beliefless". They were traders and merchants who had more dealings with Parsis and Hindus than with fellow Muslims. In 1897, he converted to the Shia faith. What the conversion entailed is not clear because he never conformed to any religious trends. In 1892, he proceeded to England to study law in Lincoln’s Inn. During the four years he was in England, he made it a point to go to the houses of Parliament to listen to debates. He was deeply impressed by speeches made by Dadabhai Naoroji, the first Indian to be elected to the House of Commons, and John Morley. Both men were liberals. Jinnah accepted them as his role models and liberalism as his political creed. Back home in Bombay, he befriended Sir Pherozeshah Mehta, Gokhale and Badruddin Tyabji. He was determined to pursue the careers of law and politics. He regarded both as gentlemanly professions. Although he married a Parsi girl, Ruttie, many years younger than him, his professional occupations left him little time to discharge his domestic obligations. He was also dour, unsmiling, tense and a chain-smoker. After some years, Ruttie left him with their daughter Dina (mother of Nusli Wadia of Bombay Dyeing).

Jinnah was quite clear about the role of Indian politicians. They must never mix religion with politics: one was a private matter, the other public service. Political differences should be settled by debate and not taken to the streets to create mob hysteria. The right to vote should be restricted to the educated taxpayer and not extended to the illiterate and those who do not contribute to the cost of administration. Primary education should be compulsory. What is truly amazing is that he found many takers for his ideas and was acceptable to both the Indian National Congress as well as the Muslim League. For some years, he straddled both parties and was accepted by them as their spokesman. He used his forensic skill to reconcile the Muslim League’s demands and persuaded the Congress to accept them: separate electorates with weightage for Muslims in states where they were in a minority and Muslim hegemony in Sindh, Punjab, the nwfp, and Bengal where they formed a majority. He succeeded in bringing about political unity between Hindus and Muslims so that they could jointly pressurise their British rulers to hand over governance of the country to Indians. In a speech at the Muslim League Conference in Lucknow in 1917, he urged Muslims not to look upon the Hindu majority as a bogey, saying: "This is a bogey which is put before you by your enemies to frighten you, to scare you away from the cooperation with the Hindus which is essential for the establishment of self-government."

Unlike most other Indian politicians, he was not overwhelmed by English governors and viceroys: he spoke his mind to them without mincing his words. He carried on verbal warfare with Lord Willingdon, Governor of Bombay and then Viceroy of India. In short, he was for a time India’s top leader till Mahatma Gandhi arrived on the scene. Gandhi not only infused religion into politics but also took politics to the streets through his call for non-cooperation and boycott of government-run institutions, including schools. Jinnah found this distasteful and difficult to digest. Besides these, Gandhi showed a marked preference for Jawaharlal Nehru as the future leader of the country.

Gradually, Jinnah was pushed off the centrestage of Indian politics to become more and more a leader of the Muslims. In any event, he was elected to the Legislative Council from a Muslim constituency. He was among Muslim delegates at the Round Table Conferences in London. He stayed on in England for a few years and toyed with the idea of fighting elections to the House of Commons. No party was willing to accept him as its candidate. It was not surprising. As the Manchester Guardian summed him up, "The Hindus thought he was a Muslim communalist, the Muslims took him to be a pro-Hindu, the Princes declared him to be too democratic. The British considered him a rabid extremist—with the result that he was everywhere but nowhere. None wanted him."

Reluctantly, he returned to Bombay to resume his legal practice and his political career—now as a spokesman of Muslim interests. Wells’ biography ends here. It is a great pity because what made Jinnah into the founding-father of Pakistan remains untold.