The Gender Of Violence

Rising stress levels in urban India leads to more aggression in both men and women. The victims are usually women. 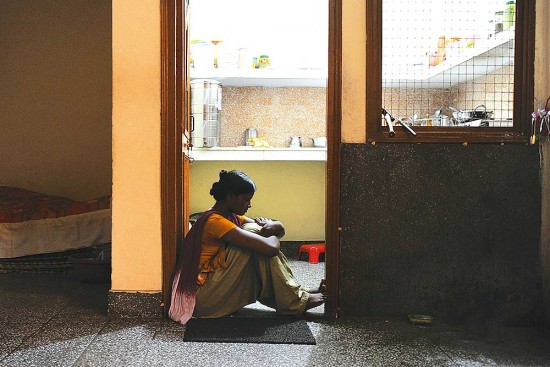 The torture must have been so unbearable that the 13-year-old waif of a girl thought it was better to jump from that 11th floor balcony. The minor had been ens­laved for two years by then. Her employer, 23-year-old Sneha Yadav, studying at an upscale private university in Faridabad. Luckily, the girl did not fall to her death but got stuck in a bird net on the floor below. “She was so thin and emaciated that the net did not break under her weight,” says Rishi Kant, one of the founders of the NGO Shakti Vahini that helped residents of the high-rise building rescue the girl. “Had she fallen and died, it would have been treated as a case of suicide and all would have been forgotten.”

As it happened, the story tumbled out…through tell-tale signs first. “The burns on her body, bruises on her head and deep scars on her arms  would have been overlooked, like in so many other cases. Her hands are gnarled and doctors say she probably suffered from broken bones because of the beatings and was never taken to a doctor,” says Rishi Kant. The usual postscript followed: a police case was filed against the young woman, but she received bail wit­hin 24 hours. The victim is still in the hospital, in a state of trauma.