Muslims can fight foes, but who will save them from friends? 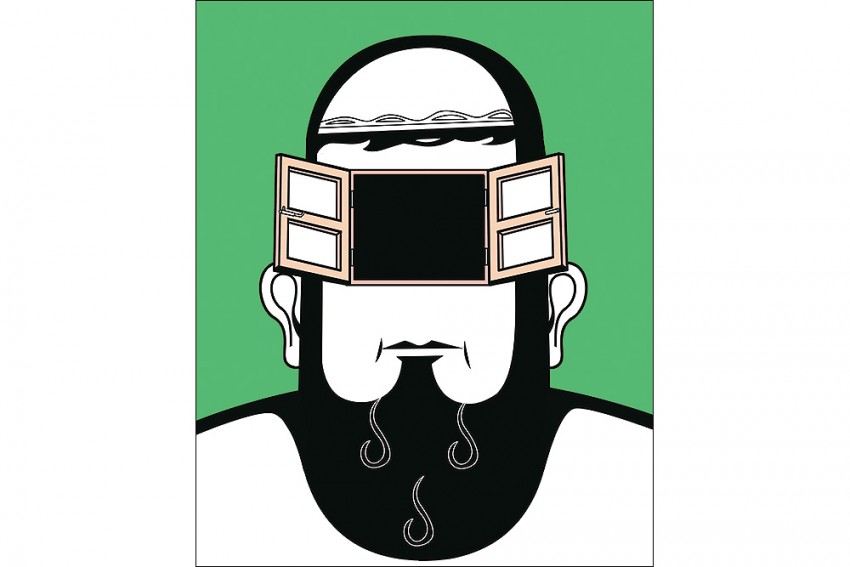 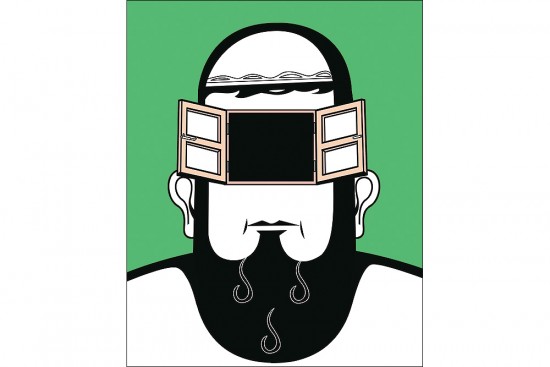 The Supreme Court’s verdict on instant triple talaq has elicited a wide range of responses from within and outside the Muslim fold. While some of these responses betrayed sinister political and confessional motives, such as the congratulatory tweet from Prime Minister Narendra Modi and the defiant statement from the Jamiat Ulema-e-Hind, others expressed genuine appreciation for bringing a (legal) end to an obnoxious practice. Unlike in the case of the Shah Bano verdict in 1986, a significant number of Muslims came forward to welcome the verdict. Equally important, the opposition from sections of the Muslim community has been much less vehement than in 1986, partly because of the change in the political climate in the country.

There are three factors common bet­ween the Shah Bano verdict and the present one. First, the honourable judges strayed into the realm of Quranic exe­gesis in the process of explaining their decisions in both the cases. Second, both the verdicts were primarily aimed at protecting Muslim women from Muslim men, who weaponised faith in the def­ence of misogyny and injustice. Three, the male leadership of the community displayed on both the occasions (following the Shah Bano verdict and preceding the triple talaq verdict) a rare sense of inter-Islamic unity against the Muslim women and their legitimate grievances. In the present case, even the few Muslim groups theologically unfavourable to INS­tant triple talaq, such as the Islamists and the Salafis, refused to criticise the Muslim Personal Law Board’s regressive stand. It is ironic that the only occasion on which near total Muslim unity is achieved is when the legitimate rights of the hapless half of the community are thought to be on the verge of being protected!

The purpose of this article is neither an analysis of the verdict nor an enquiry into the issue of personal laws in Islam. Much has already been written on both the subjects from a wide variety of perspectives, both Islamic and secular. I would like to make two basic arguments that will hopefully help locate the whole debate in a larger historical and political context. The first argument relates to the paradox of the apex court in a secular state indulging in scriptural exegesis in the process of issuing what should have been an unambiguous judicial verdict asserting equality of citizens before the law and gender justice. The second argument concerns the mediocrity of religious scholarship and leadership among Muslims in post-independence India in contrast to the superiority of the same, even on a global scale, in the past 250 or so years until the early 20th century. The conclusion that derives from both the arguments is that much of the blame for the sorry state of affairs in the Muslim community in India now should go to its religious, social and political leadership whose myopia, misanthropy, mediocrity and mendacity led the Muslim masses into the deep abyss they now find themselves in.

Let us take the issue of honourable judges doubling as exegetes of the Quran. The lament of the Ulema that the judges do not have the necessary theological scholarship to interpret the Islamic scriptures is indeed valid. We should not burden our judiciary with the additional rigours of scriptural interpretation. The judges, however, find no other alternative but to venture into an uncharted territory in the absence of exegetical approaches that betray some respect for ethics and gender justice. This has been particularly egregious in the case of triple talaq since all the verses in the Quran on the issue stood in stark contrast to the inanities the Muslim Personal Law Board sought to assert. Here was a judiciary in a secular state in effect telling the self-styled defenders of Islam that they were in fact asking the court to rule against the letter and spirit of the Quran!

The Muslims had to endure such a disgrace in reg­ard to their cherished sacred sanctities because of their leadership’s collective failure to initiate ­social and religious reforms from within. In fact, the Shah Bano judgment in 1986 should have been the most opportune occasion to start the process of int­rospection and correction, but that opportunity was not only squandered away in connivance with the government then in power but also exploited cunningly to reinforce the power of the mealy-mouthed patriarchal leadership over the community. That the friendly government at that time pandered to the whims of the clergy and their cohorts in its cynical vote bank calculations proved once and for all that the Muslims in India can perhaps successfully fight against their arch enemies, but only God can save them from their friends! This is especially poignant when we realise that the attitude of the secular def­enders of Muslims in the face of Hindutva assaults on their life and faith leaves much to be desired in relation to the urgency of internal ref­orms within the Muslim community in India. 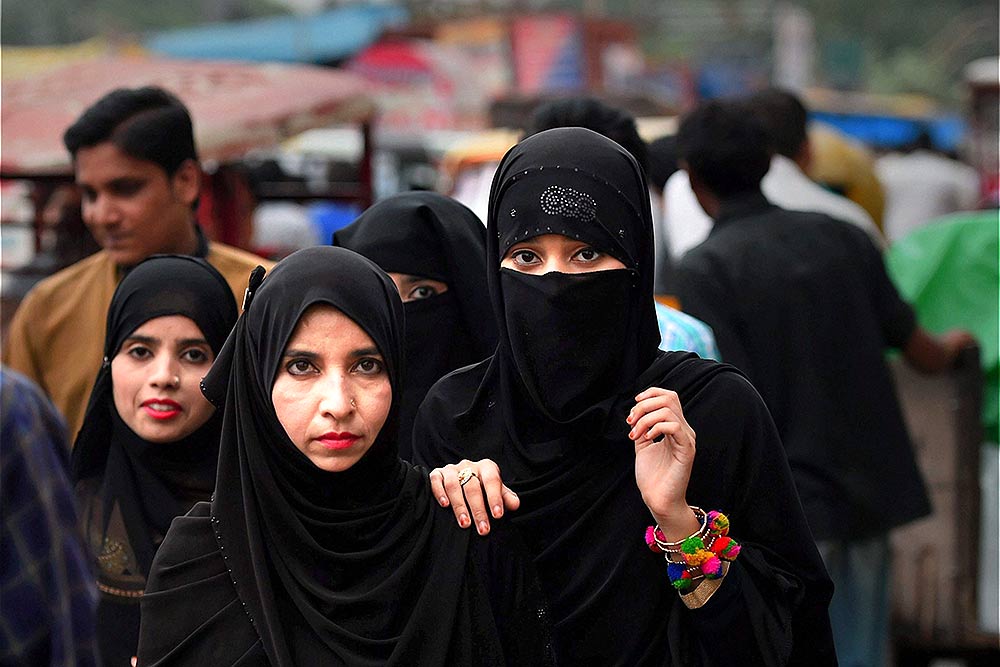 The triple talaq ­verdict is a step towards gender justice

Muslims who stand against the regressive and reactionary entities like the Muslim Personal Law Board and many other such groups within the community now have to also contend with a new and rather self-righteous adversary: insinuations of betrayal from some segments of the anti-Hindutva, anti-imperialist left liberal defenders of the Muslims. The moment you initiate any process of questioning from within, they will pounce on you and start calling you names. They are indeed well-intentioned for they want no internal dissension within the ­anti-Hindutva camp, but hold the bizarre view that all discussions on internal reforms and criticism within the Muslim community in India must wait till the forces of the Hindu Right and American imperialism are totally vanquished!

The Muslim leadership's aversion to ­internal ­reforms makes the community an easy ­target for Hindutva.

The crux of the whole situation is simple: The refusal of India’s Muslim leadership to entertain even a discourse on the need for internal reforms makes the whole community an easy target for the Hindu Right, which in any case is looking for ­evidence to prove its biases and prejudices. Therefore, it is imperative on progressive Muslims to enlist internal reforms within the community as an integral part of their agenda, regardless of the external challenges.

The present resistance to reform within the community is shocking if we contrast this with the dominant trends in 18th and 19th century South Asia. As Francis Robinson has passionately argued, these two centuries were a period of “extraordinary, probably unprecedented, vitality in Indian Islam”. Albert Hourani rated India as “the leading force in the Islamic world” at the time. “India supplied leading teachers to the great cosmopolitan centres of 18th century Islamic scholarship at Mecca and Medina; India’s contributions to Islamic scholarship were causing comments in Cairo’s Al-Azhar; and in the 19th century, Indian textbooks were coming to be used in many parts of the Islamic world.” It is important to add that the community was experiencing such social and intellectual dynamism in spite of the decline of Muslim political power in the subcontinent.

The depth and breadth of the vision that characterised the stalwarts of South Asian Islam during this period was stupendous. From Saiyid Ahmed and Shah Waliullah to Sir Sayyid, Iqbal, Moulana Abul Kalam Azad and Vakkom Moulavi, the range of social and intellectual concerns the Muslim luminaries of this period grappled with was so capacious that several scholars compared it to the period of Renaissance in the West. The religious change of this period also involved a significant ‘shift in the focus of Muslim piety from the next world to this one’, setting the stage for a comprehensive social reform of revolutionary nature. Decades before the advent of Muhammad Abdu, the Egyptian reformer who is considered the doyen of Islamic modernism, Sir Sayyid Ahmed Khan had already revolutionised the Muslim space in South Asia and dazzled his contemporaries with his drive for reform and the depth of religious and secular scholarship, which was of ‘Baconian, even Jeffersonian range’.

Compared to today, the 18th and 19th ­centuries were a ­period of ­immense ­vitality in Indian Islam.

And then came the traumatic events of partition. Two-and-a-half centuries of unmatched dynamism ended and a period of rot set in. It is into this gigantic vacuum that the Lilliputians of the Muslim Personal Law Board and others of a similar bent of mind moved in. As long as these men of diminutive minds control the affairs of Indian Muslims, there is little hope for reform and regeneration.

“Indeed, Allah will not change the condition of a people until they change what is in themselves,” said the Quran (13:11), perhaps in pessimistic ­anticipation of the current situation.

Shajahan Madampat is a cultural critic writing in Malayalam and English, and occasionally in Arabic.