The Garden Of Forking Paths

It's like an 'executive summary' of complex histories and space, strewn with some remarkable insights 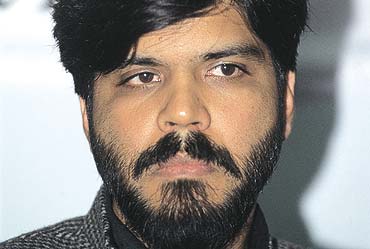 Temptations Of The West: How To Be Modern In India, Pakistan And Beyond
By Pankaj Mishra
Picador Pages:439; Rs: 525
Reading Pankaj Mishra’s Temptations of the West is like undertaking one of those long journeys that the author himself probably likes to embark on. There are high roads, forking paths that branch out of the high road, culverts and the occasional cul de sac. The journey is not unpredictable even though it is uneven, because the surface you travel on has a consistent inconsistency—meaning that you get used to the potholes in time.

And just as a traversal of the landscape of the plains of northern India by road or rail can mean miles upon miles of monotonous dusty flatland punctuated by a sudden surprise, so too, trawling through Mishra’s book can be an experience in making one’s way through page after page of an ‘executive summary’ version of difficult and complex histories and spaces, and occasionally stumbling upon a well-honed, and even remarkable insight.

As a reader, I am beset by an ambivalence, sometimes grateful for the act of making the work of reading this book not dissimilar to ticking off items in a kind of mental checklist where familiar fact after familiar fact (the broad features of the Nehru-Gandhi version of nationalism, a primer of ‘What is Bollywood’, a short course on Nepali Maoism, violent/non-violent resistance in Tibet, and the sad history of Afghanistan) is presented as a kind of useful, portmanteau aide memoire for things that are not unknown in themselves, and at the same time slightly irritated about having to read them in what seems like a lifetime of explanatory op-edese.

The strange deja vu that this generates has an uncanny banality that is redeemed by the fact that Mishra is the kind of writer who does succeed, despite everything, in compelling you to want to listen to his internal conversation. He has important things to say, and even if the way he says it is laboured at times, you do end up wanting to be a patient listener.

And you feel like doing this because sometimes Mishra breaks through his carefully cultivated veneer of deadpan maturity to offer us a glimpse of the subjective charge latent in a remarkable encounter. The first essay in the book—‘Benaras: Learning to Read’ is especially memorable in the way it introduces us to the brutal lassitude of an upper India university milieu, the author as a young auto-didact, and the poignant image it offers of a thug with an inquisitive mind in the person of Rajesh, the hired hitman who befriends the writer and doubles as a sensitive conversational literary critic. The same semi-detached sympathy is evident in Mishra’s foray into the Bombay film industry, where his regard for and distance from what he portrays, be it a queue of aspiring actors outside Mahesh Bhatt’s office or Mallika Sherawat, never actually slips into condescension.

Similarly, all the pedantic editorialising of ‘Pakistan: Jihad Globalised’ is worth the while because of the complexity that Mishra presents in his portrait of Jamal, the sometime Bangladeshi military adventurer-turned-liberal Pakistani journalist-turned-imprisoned heroin addict, accused tangentially of blasphemy, who epitomises the way in which the cruel history of our subcontinent forsakes those who cannot be boxed and frozen into neat categories. In Jamal we can find an archetype, drawn with sympathy and economy, of the person who persistently does not belong.

Mishra falters when he attempts to investigate what appears to be familiar to him. Allahabad, his home town, probably one of the most interesting mofussil towns in Northern India, home to Firaq Gorakhpuri and birthplace of India’s only serious rock music journal, is drawn primarily in terms of the banality of nationalist and electoral politics. At the same time, he excels when it comes to an area where he finds himself making discoveries, as is the case in his provocative and thoughtful essay on Kashmir, ‘Kashmir: The Cost of Nationalism’, which expands on his excellent investigation of the Chitsinghpura massacre and its aftermath. In this essay, Mishra unravels the tragedy of a massacre, an aftermath of torture and forensic subterfuge, and the brutality of the Indian state’s occupation of Kashmir in a way that also enables him to critically examine his own assumptions about faith, identity and nationalism.

Listening to Mishra’s reasoned but passionately critical voice enables you to think through the tragic price we all pay for everything that happens in the name of nationalism. This essay should be compulsory reading for our generation, and is reason enough to acquire and keep this book.

Rights Of The Child