The Gains Of Sacrifice

Sonia rescued her party. Now the PM must quit to save his face—India's too. 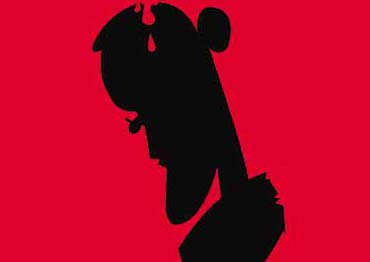 outlookindia.com
-0001-11-30T00:00:00+0553
Sonia Gandhi is congratulating herself, no doubt, on having saved the Congress from an early election. But at what cost has she done so? At what cost to her party and at what cost to the nation? The first question is easy to answer, she has made the Congress an object of derision in the eyes of the people. The BJP gleefully called her government "a government of U-turns". The phrase is going to haunt the Congress as 'Shining India' haunted the BJP. Had Sitaram Kesri been the Congress president and Narasimha Rao the PM, people might have shrugged their shoulders and said, "Well, that's Indian politics."

But this is the government of Sonia Gandhi, inheritor of the Nehru-Gandhi charisma; a lady who made India her home and has shown her selfless love for it time and again: by not returning to Italy when Rajiv was assassinated; by showing no interest in the premiership when a large section of the party was clamouring for her to succeed him; by coming to the aid of the Congress only when it was about to disintegrate in 1998, and yet again by refusing the premiership when it was hers for the asking in 2004. All this had created a special trust in her among the people of India: here was a political leader who cared more for their future than for her own. That is the belief that she has dented, if not destroyed.

Today, even her most ardent admirers are perplexed. If she had been even halfway convinced that it would make India a lackey of the US, then why did she not caution Dr Manmohan Singh's government against proceeding with it much, much earlier? If she didn't seriously think that the access to nuclear power and escape from the clutches of the stranglehold on dual-use technology imposed by the Nuclear Suppliers Group were not a goal worth paying a price for, then why did she allow his government to reverse an age-long stand on Iran, and join in a vote whose main purpose was to legitimise an unprovoked attack on it, if it didn't come to heel?

And, above all, why, if she was not in agreement with Dr Manmohan Singh on the merits of the deal, did she allow him enough rope to utterly destroy his credibility and turn himself into a lame-duck prime minister? For, that is what he has now become and his own sad words reflect his awareness of it. "What we have done with the US is an honourable deal, it is good for India, it is good for the world. I do attach importance to seeing this deal through, but if it does not come through, it is not the end of the world."

Dr Singh's words make it clear that he had to bow, against his better judgement, to the wishes of his party, which did not wish to face polls ahead of time. But by chickening out now, the party has made sure of its defeat in 2009 anyway. For, the hard truth about politics is that no one votes for decency alone. People want and need results. They lead hard lives and need hope to keep them living. That hope can only come from change. So no one, not a single Indian, votes for a government in order to block change, or let beneficial change slip out of grasp because it is afraid of closing its fist.

By the same token, the damage that not having the courage to complete the deal will do to India is almost beyond comprehension. To maintain a seven per cent growth rate, the country will have to create quadruple its power-generating capacity by 2027. That will require an additional 5,00,000 MW. Only nuclear power can provide it, for coal, even the imported one, will turn our skies and rivers black as it has done in China. The cost that a continued denial of advanced technology will impose on us is hard to estimate. All one can be sure of is that it will rise exponentially as new, increasingly versatile, technology replaces the old.

But, most important of all, reneging now will make India a permanent outcast. It was not only George Bush (who rang up the prime minister), but an entire American Republican administration that went out on a limb for us. So did a lot of Democrats. Today, they must be asking themselves what kind of country and leaders can be so self-absorbed and insensitive as to open them up to the jeers of the hosts of their opponents on this issue without a second thought. Forced to save face, they will say that India's behaviour shows that it had never intended to be a constructive partner in the management of the world. It is just as well that it showed us its true colours before we gave it the entire shop. It may not be the end of the world, but it will be a very long time before we are invited to the High Table again.

Dr Singh can still save the country from permanent second-class status, and his own place in history, by submitting his resignation and allowing the Congress to decide whether it will let him go and face the public's wrath, or fall in line with his wishes and call the Left's bluff. If Dr Singh had any idea of the power of his office, and of how well-loved and respected he is in the country, he would not think twice.

The Dance Is Over