The Funny Bone Of Grey Matters 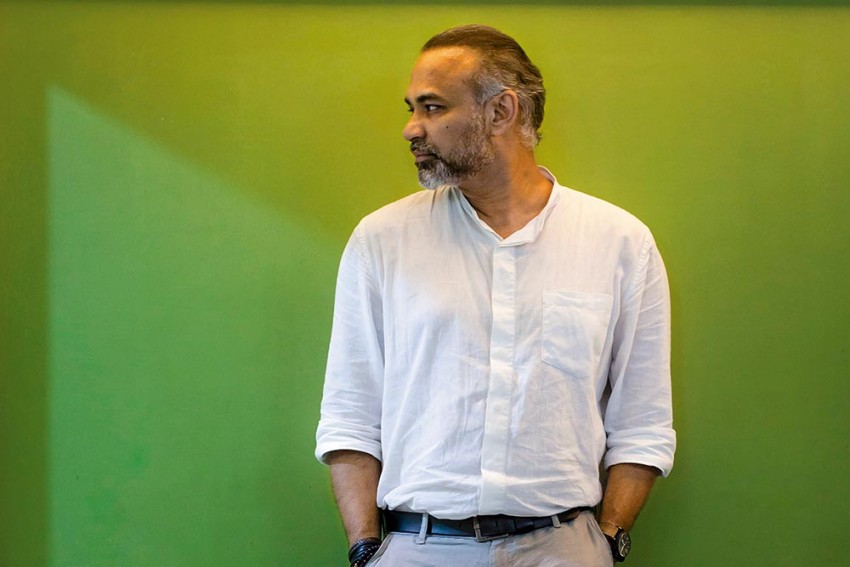 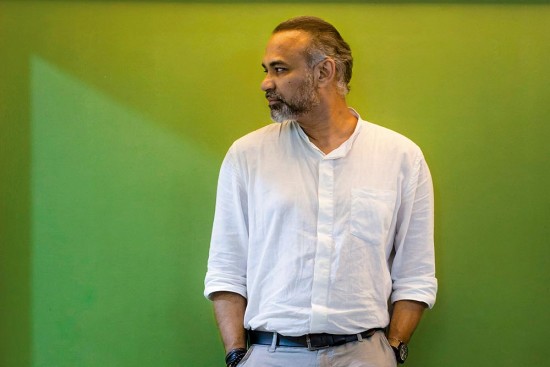 In a tense moment, seated in a sle­azy theatre, Kirti Kulhari and Arunoday Singh, ex-lovers who are having an affair while still married to their not-so-loving spouses (Irrfan and Divya Dutta) are discussing how to finance their blackmailer’s demands. Arunoday’s thoughts stray to a couple making out in the front row, and Kirti goes…“Focus!” He turns to show her a country-made rev­olver he has procured to kill the blackmailer. Exasperated, she asks, “Just to hide an affair, you’ll murder someone?” He replies in the affirmative. Not that she has a better idea. Then they go about executing their poorly laid plans in the worst of ways.

At this moment you realise you’ve been giggling pretty much the whole time, feeling neither sympathy nor hatred for the characters, nor fear for what is to unfold. And this tone is what the director manages to create and maintain—and use to extract a wonderful film out of a potentially dark script.

Actors who have worked with Abhinay Deo, director of Blackmail, the delightful Delhi Belly and the television series 24, talk of his ability to completely “get” this zone of humour and to never allow the film to become crass, slapstick or too maudlin. From Anil Kapoor to Imran Khan to Arunoday, they all swear by Deo’s special knack of cinematically realising the ironies of life.

An adman-turned-filmmaker, 48-year-old Deo is an architect by training who returned, so to speak, to tend to his inh­eritance. He is the son of the well-known ’60s-70s Bollywood/Marathi actor-couple Ramesh and Seema Deo and brother of actor Ajinkya Deo. Despite being embedded in as filmi a background as that, Deo took his time before debuting with Delhi Belly. He had already created several award-winning and popular ad films for Nike, Mumbai Mirror and scores of others before he finally decided “he was ready”.

“I love humour, slightly twisted ­humour. I’ve grown up watching the Coen brothers and the Wachowskis…and Chaplin of course. I like irony and the paradoxes of life. Stories and movies come from real life and there’s nothing more ironical than real life...there’s so much grey there. I try to show the life people cringe to talk about and make that entertaining. Once I’d made the Nike ad, I felt I was ready to tell a feature film story,” he says, wearing his background lightly.

Not often do you get actors talking excitedly about a director’s ­pre-shoot preparation, deflecting from their own moment in the sun.

At his office at Juhu, dressed casually, Deo is happy to receive positive feedback on his latest outing, Blackmail (or Blackmale—it’s titled half in English and half Hindi, and ‘mail’ and ‘male’ interchange in the opening credits and ind­ulge visitors warmly). The film was released even as bad news hit: Irrfan, its lead actor, has just left India to treat a suddenly discovered neuro-endocrine tumour. The news is still fresh and Deo would rather focus on Irrfan’s performance than his illness.

“When I read the script, I realised it’s a story about a middle-class guy troubled with the ‘non-sense’ of life, paying EMIs and so on. I needed someone to play a guy who has lost to life and reconciled with the fact but, at the same time, someone who could later bring out the grey side of life as well. Irrfan was the best choice because of his incredible ability to perform without saying too much,” says Deo. He tells Outlook that he has been in touch with the actor and has updated him about the developments with regard to the film, adding that it was best to let him be.

Despite Irrfan’s absence from the promos, his complex presence looms over the film. “Only Irrfan can deliver a performance like that spontaneously. The rest of us have to work hard at it,” says Arunoyday, who plays the role of Ranjit, a slightly doofus lover.

Marathi theatre/film actress Anuja Sathe, who has a deliciously wicked Hindi film debut here, talks about her first scene where she’s supposed to turn into a monster in front of Irrfan and how complete faith in Deo’s vision helped. “Of course I was worried, but Abhinay has a very clear idea about what he wants. And he’s extremely patient and humorous on sets. I’d wanted to work with him since the time I saw Delhi Belly. I did three auditions for Blackmail!” she says.

It’s hard to believe that Delhi Belly was shot a decade ago (though it was ­released in 2011). For a first film, Deo’s choice was far from simple. A quirky film about three friends and their comic encounters with the mafia, it not only won over the audience and Aamir Khan (producer and star of the title-roll item number I Hate You Like I Love You), but also got Deo the best debut director award.

“When Abhinay got the material, we knew he instinctively ‘got’ the story,” says actor Imran Khan about Delhi Belly. “Few people from the industry had read the script…they’d either love it or say ‘what a crazy thing’! But he could set the tone and make that heightened reality, where things get more absurd as it goes on, totally believable. A few directors had tried working on this film before Abhinay and they simply couldn’t! It needed a deft hand to deal with that material lightly.” Imran confesses Delhi Belly is the film he is closest to.

Kunal Roy Kapoor, one of the goofy trio in Delhi Belly, talks about the reh­earsals, workshops and how Abhinay has his eyes peeled at all times during the shoot. “Abhinay would constantly tell us how he was planning to film, so it helps to pitch your performance. You don’t have to overdo a joke if the camera is going to help you. I also felt that des­pite being heavy on art, with elaborate sets and so on, he never lost sight of what was actually happening,” says Kunal. Imran recalls how Abhinay had built a three-level set that had to collapse during the climax. “After several rehearsals and as many as 11 cameras fixed to shoot, the scene was shot in one go.”

Not often do you get actors who talk excitedly about a director’s pre-shoot preparation, deflecting from their own moment in the sun. Arunoday, who has a thoroughly enjoyable character to dep­ict in Blackmail credits Abhinay ­ent­irely. “I can say this is my best perf­­ormance and no one could have got it out of me this effortlessly,” he says. “He was there for every rehearsal and reading with Divya. We discussed the role and the story in detail over three weeks bef­ore the shoot to get into the rhythm. This was not a character I identify with but by the time we shot, it was like a well-tuned instrument singing. Deo manages to get the performance and the film that he envisions out of his actors. He won’t let you go over or under. For me, he gave my pride and confidence as an actor back with this role.”

Perhaps the rigour comes from the demands of ad filmmaking. Deo worked for Ogilvy and Mather from 1993 to 1997, for Highlight Films till 2000 and then started his own company, RDP (Ramesh Deo Productions). He has done over 400 TV commercials and that, along with his training in architecture, perhaps expl­ains his attention to detail in his films. “In ad films, one needs to tell a story in 30 seconds. You have to cut out every extra element and make the final thing ­extremely tight. I think that really helps in filmmaking,” says Deo, adding that he is not trained in filmmaking.

After Delhi Belly and Game, which rel­eased the same year, instead of continuing with films, Deo went into another unchartered terri­tory—a television ­ser­ial, 24, the Indian version of a popular American series, with Anil Kapoor in the lead. Though web series and binge-watching have become commonplace after the arrival of Netflix, Amazon Prime and other OTT platforms in India, at that time it was unusual to have an hour-long serial three days a week. 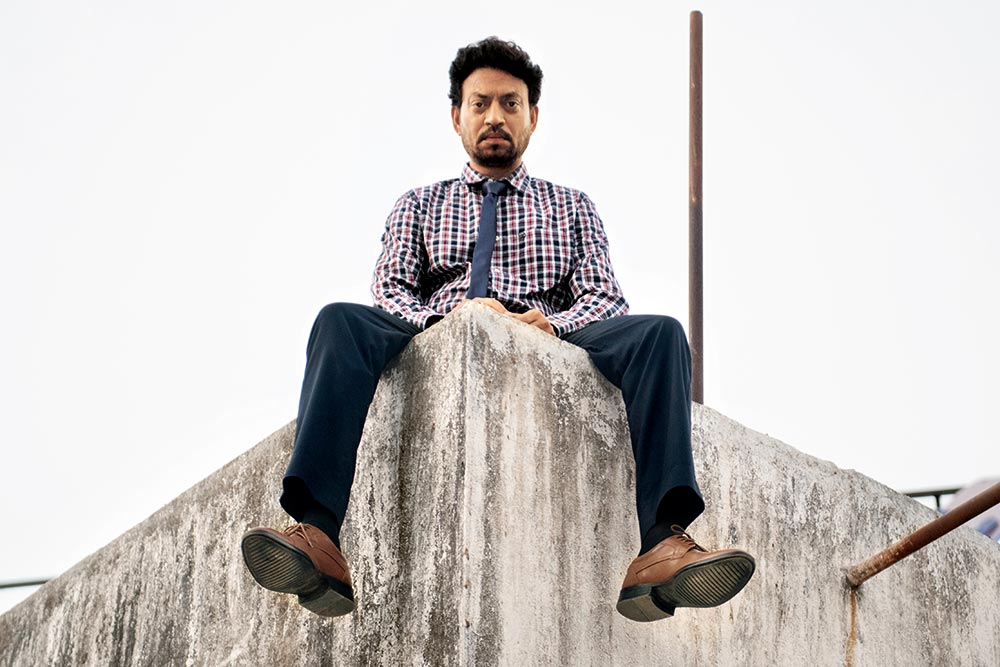 “I had seen Delhi Belly when we were looking for a director for the show. I felt he would be the right person and do justice to 24, which was a hugely loved international show. I had a responsibility towards my friends in Fox Studios,” says Anil Kapoor, who bought the rights for the Indian version and also played the lead role of Jay Singh Rathod. “Abhinay joined as the ‘series creative director and remained the creative force behind the show. He put tog­ether the team and, if you see today, all those who were associated with 24 are doing very well—they are all working on big films. Most importantly, Abhinay is a nice person, and has no arrogance about his craft,” adds Kapoor.

“In ad films, one needs to tell a story in 30 ­seconds. You have to cut out every extra element. That really helps in ­filmmaking,” says Deo.

“Abhinay has a flair for allowing actors to do their thing and then he fine-tunes it, at the same time always keeping an eye on the larger story, the larger picture,” says Ashish Vidyarthi, veteran actor who played the villain in the second season of 24. “There’s something about danger that attracts him. I saw that we were shooting throughout the year. He has that streak…fearless, very confident, willing to tread the conceptually dangerous path. Yet he has the sense to make it viable. I think his training as an ad filmmaker really goes a long way in knowing what works with people and yet he is not a prisoner of that.”

Vidyarthi’s sentiments are echoed by Kunal Roy Kapoor, who feels that with Blackmail, Abhinay has taken one step further, into the unchartered territory of failed marriages and dysfunctional relationships and has made another zone of multiple tragedies funny.

Now that his grip on the dark comedy genre has been established, he wants to do something else. With a Marathi film in the pipeline—a buddy film that is still a hush-hush project—Abhinay Deo is going to be busy for a while. Just a day after the release of Blackmail, he says, “I don’t want to limit myself to black comedy and thrillers. As a filmmaker I feel one should not stagnate. One should do alternate stuff, something that helps you push the envelope as much as you can.” To give Anil Kapoor the last word, “as regards his career, this is just the beginning.”