In the end, global warming is what could get us the N-deal soon 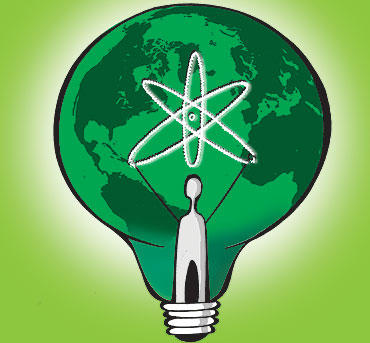 Has India left it too late? Does the fading Bush administration have even the time it needs, let alone the influence, to create the consensus required in the Nuclear Suppliers Group (NSG)? And even if it succeeds, will it then have the time to steer the 123 agreement through the US Congress in the very few legislative action days that will be left before the next election? Unsourced remarks by high US officials, reported by the Associated Press, suggest that it may not.

These doubts notwithstanding, there may still be a sliver of a chance to complete the deal during the life of the current administration. For one thing, Manmohan Singh's government has not exactly been idle while Pranab Mukherjee fought his long-drawn battle to placate the Left. It has discussed and virtually finalised the details of the safeguards agreement with the IAEA administration. Thus, once a special board meeting is convened, the IAEA is likely to lose little time in accepting India's commitments. Both the US and the Indian governments have also been busy 'selling' the nuclear deal to members of the NSG.