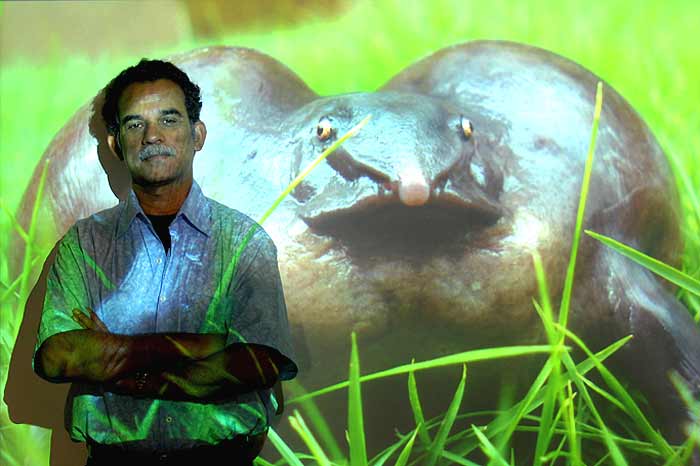 Sathyabhama Das Biju is an unearther of the earth’s forgotten stories. He sniffs out links between the genetic codes from the beginnings of life and the present to give us a picture of the cosmic cycle of evolution, extinction and maybe even rebirth. When, two years ago, he dug up an earthworm-like legless amphibian of the chikilid family in the deep forests of Meghalaya, he was holding in his hands one of the few living species that shared the earth with the dinosaurs. That discovery, published last fortnight in the Proceedings of the Royal Society of London after strenuous scientific scrutiny and recognised protocols, has proven that India’s forests are a treasure trove of evolutionary secrets.

In 2003, Biju and his team had given science another wonderful story of survival from the Jurassic age. The purple frog (Nasikabatrachus sahyadrensis), which he discovered in the Western Ghats near Idukki in Kerala, also shared space with dinosaurs and survived through four mass extinctions. Amphibians were the first creatures to venture on land, having evolved from fish. These early amphibians are the progenitors to all contemporary species, including reptiles, mammals and birds. They are the key to unlocking nature’s big secrets, an incredible cache of information and survival skills that puts human achievements to shame. Today, there are three overarching families of amphibians: salamanders, frogs and caecilians.