DMK to go it alone in municipal elections 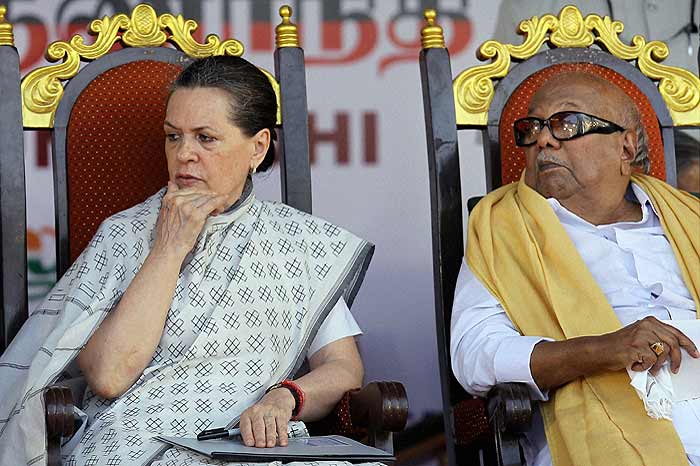 The pique DMK chief M. Karunanidhi felt when his daughter Kanimozhi, a Rajya Sabha MP, was arrested in connection with the 2G scam, is asserting itself belatedly. Last week, the party decided it would go it alone in the local government elections, signalling a break with the Congress, with which it has been allied since 2004. Karunanidhi made the announcement a day after his meeting with K.V. Thangkabalu, the Congress state unit chief, who had all along been giving the impression that the Congress would sail with the DMK in the local body polls.