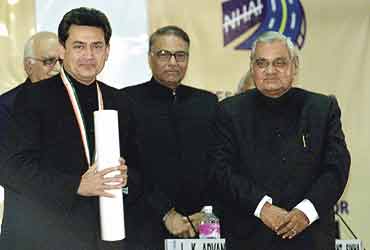 This is "The Firm", as it is referred to reverentially. The 78-year-old management consultancy that works for three of the world's five largest companies and two-thirds of the Fortune 1000. This is the Firm that the Left loves to hate, and whose presence in the Planning Commission's consultative groups it has been clamouring against, leading to the threatened walkout of five leftist economists on the consultative groups. It's another matter that this is also the expertise that the Left Front government in West Bengal has relied on repeatedly to give it direction (see box), but then, why should we expect less inconsistency from the Left than from other Indian political parties?

But what is McKinsey's expertise? What is its track record in advising governments in India? How does it measure up to its own mission to "make significant improvements to their (client's) overall performance by tackling their most challenging issues...(bringing) innovations in management practice, and building our clients' capabilities"?