The Finger Is In Place

The whole world uses fingerprinting, do they know the footprints lead to Nadia? 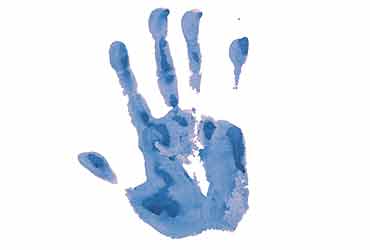 Imprint Of The Raj—How Fingerprinting Was Born In Colonial India
By Chandak Sengoopta
Macmillan Special Indian Price: £ 9.95; Pages: 234
Shakespeare said of rulers, "The evil lives after them, the good is oft interred with their bones." We love to talk of the wrongs done by the British. Yet it would be churlish not to accept their many remarkable achievements in India; the great trigonometrical survey, when Europe was still to be measured; the ethnographic surveys; the Imperial and state gazetteers, storehouses of diligent inquiry, unmatched by us; the remarkable work in archaeology all over the country, and so much more.

Imprint of the Raj brings out yet one more achievement of that era. Till the end of the 19th century, administrators everywhere faced a problem of identification—how to know for sure that someone is a habitual criminal? How to hold a man to his pledged agreement? A Frenchman, Bertillon, thought up a measurement system; criminals were measured in nine different ways and elaborate cards were prepared. The jewel of his morphological system: elaborate measurements of the ears. Lakhs of cards were prepared and stacked. But how to classify them, and also consult quickly for any use. Inspector Cluseaue himself could not have done it. Nobody in Europe could solve this problem.

The solution was found in remote Bengal by William Herschel, ics collector, Nadia. Exercised over holding a slippery contractor to his agreement, he worked through the third quarter of the 19th century to prove the unique reliability of fingerprinting—then laboured in England to convince sceptics. At the end of the century, fingerprinting was established, first in Bengal and the rest of India, then in England and the world. A first for the Raj. Another Bengal man, IG of police Sir Edward Henry, discovered a simple classification system. But he didn’t acknowledge the assistance of sub-inspectors Azizul Haque and Bose. The whole world uses fingerprinting, do they know the footprints lead to Nadia?