Indrani epitomised it like no other, walking the edge of dark side 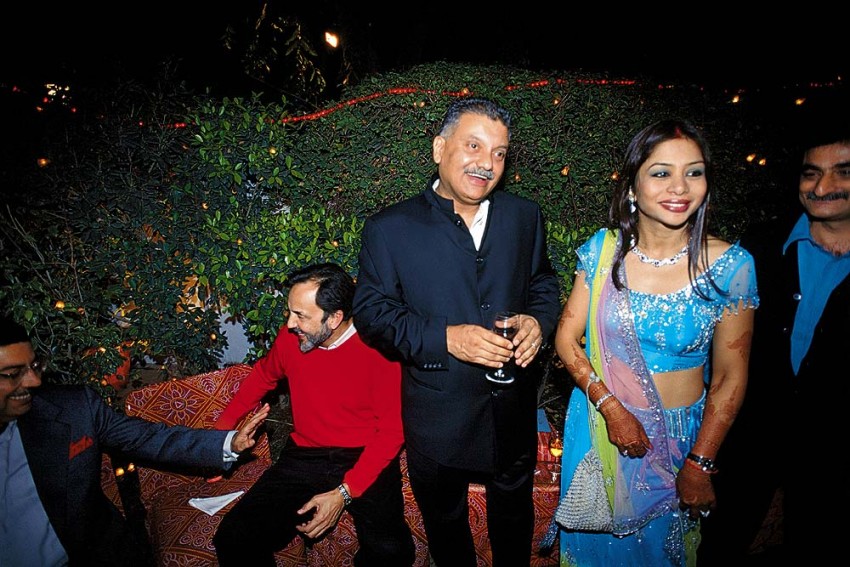 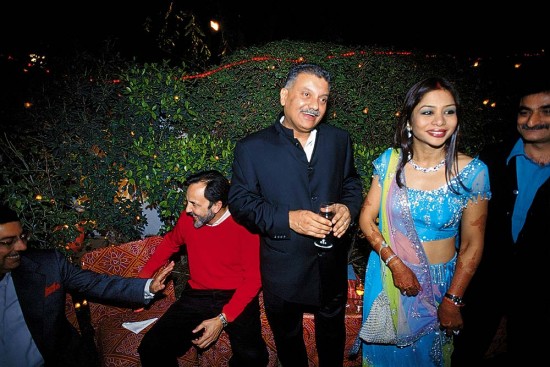 If a picture is worth a thousand words, the ones we see of Indrani Mukerjea would complete a novel, a racy, raunchy power trip that would do credit to a Harold Robbins or a Jackie Collins. In most of them, she sports a sexy pout, a glass of some expensive liquid held out like a benediction, while she leans possessively against her husband, Peter Mukerjea, television tycoon and now befuddled victim. In others, she wears an air of aggression, conscious of her womanly charms and seductive aura. In all, she is keenly aware of the camera, and her exalted position in high society. She is the female version of Jay Gatsby, the mysterious millionaire of Scott Fitz­gerald’s literary classic, The Great Gatsby, which explored themes of decade­nce, social upheaval and excess. Indrani’s life could easily belong to fiction: it is the soap opera to beat all soap operas. Yet, it is very real, very bizarre, very tragic and yet, in a sense, illustrative of the social mores and motivations in the upper reaches of Indian society. This is Ashley Madison territory, where trophy wives, wife-swapping and multiple marriages are as common as the S-class Merc in the garage and the Tyeb Mehta on the wall. Even the firm she founded while she was starting out in Calcutta was called inx which she would describe as “Indrani with the X-Factor”.

In her case, the X factor is what is now emerging, mystery upon mystery, riddle wrapped in a riddle, with a brutal murder thrown in. If police versions are to be believed, not just murder to eliminate a rival, but her own daughter who she passed off as her sister, even to her husband of 13 years. In that rarefied atmosphere of the very rich and indulgent, sex and sleaze and criminal activity often remain hidden behind money power and the silence of co-conspirators or fellow members of an exclusive club. When there is an attractive, seductive woman involved, it adds a weapon with incredible power. That she could fool her husband into believing Sheena was her sister; that she could, if police versions are to be believed, involve an ex-husband in the murder of her own daughter; and after the death, to manage to spin a yarn about her absence to her own family, her son, and her husband for so many years, is indicative of a scheming, calculating mind driven by naked ambition and social status, of a woman aware of the power she has over men, and one who lives in a social strata where secrets and lies are a common denominator.

No longer is the femme fatale the dancing girl of Oscar Wilde’s Salome, she is Sharon Stone in Basic Instinct, Demi Moore in Disclosure.

Excess breeds excess and obsessive ambition often means being blind to the moral issues involved. As actress Mae West famously observed: “Good girls go to heaven, bad girls go everywhere.” Indrani seemed determined to go everywhere, which meant upwards, but social climbing in high heels, strappy outfits and unwavering ambition often leads to past lives and activities having to be carefully hidden. In her case, she had a lot to hide; her first husband, how many husbands, her daughter and son, her background as a relative unknown from remote Assam, and how she reached a level where she could mingle with a power hitter and the social circles he moved in. From there, as the story goes, the femme fatale took over. The phrase femme fatale was seemingly made for Indrani, and history is witness to what it really represents. Female Fatal, the translation of the original French phrase, is a stock character of a mysterious and alluring woman whose charms ensnare her lovers, often leading them into compromising, dangerous and deadly situations. She is an archetype of literature and art, with the power of an enchantress, the ability to exercise power over men and always portrayed as morally ambiguous. History has given us classic versions, from Helen of Troy to Cleopatra and later, Mata Hari.

Of late, the femme fatale has been transformed into a more fashionable trope. No longer is she the dancing girl who masters the mind of a king by the spectacle of her quivering bosoms and heaving belly, as in Oscar Wilde’s Salome. She is now Sharon Stone in Basic Instinct, seducing the police officer who is investigating her for murder. She is also the single-minded woman in the power suit, Demi Moore in Disclosure, an expert at playing office politics and adept at back-stabbing in the corporate world. Their Indian versions are alive and well, and all around us. With Indrani, the difference was her alleged cold-blooded capacity for the ultimate crime. Like every story of excess, extravagance and social advancement, it turns into a cautionary tale. This one is more than most. Human aspirations, social politics and unending desire can, in many cases, lead to betrayal, of one’s own ideals and background. Indrani’s life seems to be one long laundry list of betrayals, and they involved her own husband, her biological offspring, and who knows how many others. Hers is a story about change, and those who emb­race it for all the wrong reasons. It is a story about the rich and how money and craving for high social status can distort values and make wrong somehow feel right.

We should not be surprised. Shocked yes, but surprised no. There have been studies which show that the rich are more prone to crime than we tend to believe. One study, conducted by psychologists from the University of California and the University of Toronto, found that wealthy people were more likely to indulge in unethical practices compared to poorer people. “What it comes down to, really, is that money creates more of a self-focus, which may account for larger feelings of entitlement,” the study concluded. In India, we live in an age of untrammeled aspiration. This has affected social structures and cultural sensibilities and blurred moral boundaries. For many, the urge to attain a higher financial and social status becomes so uncontrollable that it enters a grey area in moral terms. For some, that grey can turn into a dark place from where there is no turning back.

Muddy Waters Flow Through This Channel