The Feminist Police And Its Beat Constable 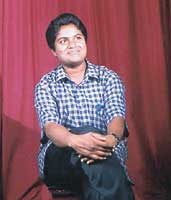 When constable Vinaya lay down on the track, obstructing the 33rd Kerala Police Athletic meet at Kannur her male superiors didn’t expect the incident to stir a hornet’s nest. The 35-year-old woman constable was protesting the non-inclusion of points scored by women athletes to the overall tally of her battalion.

Now, the Kerala High Court has ruled that the exclusion of points scored by policewomen was discriminatory. The court has directed the DGP to reply. Anweshi of Kozhikode had protested against the suspension of Vinaya and filed a petition.

Vinaya is visibly upset. "They have made zeroes of us women constables. Discipline is not slavery and all I demanded was the constitutional right of women constables to be treated equally. Instead, they arrested me and suspended me."

Women groups and intellectuals like Adoor Gopalakrishnan and Paul Zacharia are backing the constable. "We’ve already sent a letter to the CM, asking him to revoke Vinaya’s suspension," Zacharia said.

Vinaya has been courting controversy ever since she joined the force 10 years ago. She has been fighting for equal rights for policewomen. "They don’t even let us inquire into rape cases," she says. This time around Vinaya has won the battle.

Shiela Dixit And Her Gaseous State