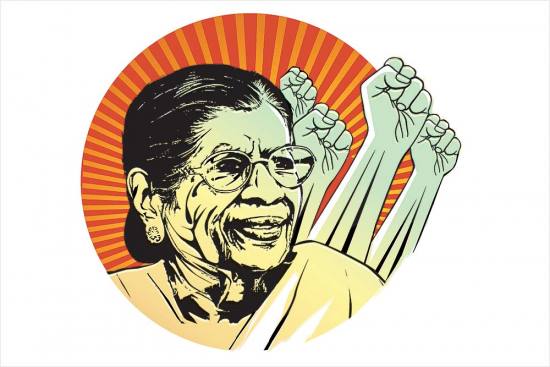 In mid-May, when the demise of K.R. Gouri hit the headlines, party apparatchiks lost no time harking back to the glory days of the ’40s, ’50s and ’60s, a time when Gouri was an inspirational party figure, both a catalyst and an embodiment of its ideals. What it forgot to touch upon was the Communist betrayal of Gouri, a woman who had social justice as her life’s very mission. She lived to almost two months short of 102, and somewhere during that long sunset the party had sought to make some cosmetic reparations. But none of those photos of Pinarayi Vijayan and Gouri chatting at her centenary celebrations in 2019 could undo what had happened a quarter century before that.