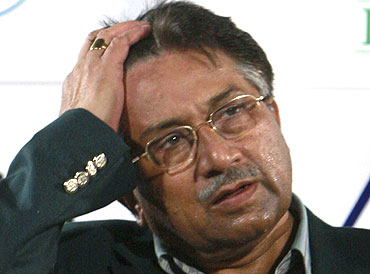 For months now, Pakistan has been agog with speculation about the cosy relationship between Zardari and Musharraf. It is said that Sharif's ultimatum—that he would withdraw from the coalition if Musharraf wasn't impeached and the deposed Supreme Court judges restored—prompted Zardari to act finally. Yet it's also true that Zardari had been complaining against Musharraf's interference in governance. Analyst Dr Hassan Askari Rizvi says the worsening economic conditions made the PPP leadership realise that it couldn't stem its declining popularity as long as they and the PML(N) pulled in different directions. For greater cooperation, Sharif demanded his price—the ouster of Musharraf.

Perhaps Zardari was also emboldened by America's growing desire to engage with a democratically elected government. Musharraf as president has little relevance to American interests; it is Chief of Army Staff Gen Ashfaq Pervez Kiyani who now ensures Pakistan's cooperation in the war on terror. The changing dynamics was best illustrated by the US state department spokesman who recently said the impeachment move was Pakistan's internal matter.