The Empire Drives Back 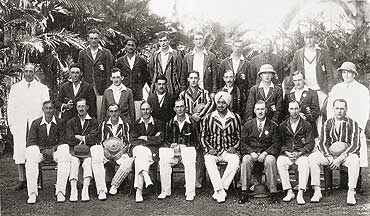 The story is well-known by now—a team of village men play cricket against a British team to save their lives, families and land, after arrogant British officer Captain Russell is enraged by the young peasant Bhuvan (Aamir Khan) describing cricket as a firangi version of gulli danda. If Bhuvan's team wins the match, their taxes would be revoked for three years. If they lose, they'd be trebled.

Thus cricket became an arena for asserting indigenous strength against the colonial state. Their native mastery of a colonial sport helps the villagers emphasise that their 'Indian' identity was in no way inferior to the whites. But unlike other Bollywood blockbusters, Lagaan is a filmic contribution to India's lost cricket history. It is not simply a lore of Indian resistance to British imperialism, or the victory of rural solidarity against the might of the colonial state. Lagaan is a commentary, in the filmic and imaginative mode, on the evolution and development of cricket in colonial India.