His search for a caring Hindu god resulted in rejection. Now Kancha Ilaiah wants his revenge. 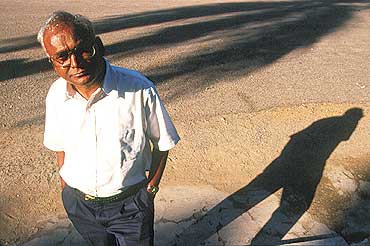 Today, Kancha Ilaiah, 48, is associate professor of political science at Osmania University, Hyderabad and author of the highly controversial book, Why I am Not a Hindu (Samya). His second book, God as a Political Philosopher: Buddha's Challenge to Brahminism (forthcoming Samya), is due for publication this month. He's been called 'irrational', 'extreme' and 'hate-filled' but his work has been extracted for an international anthology on culture. Since Ilaiah's an obc and not a Dalit, many Dalits have criticised him for usurping their protest space. Upper-caste Hindu society has accused him of trying to divide people. But his war against Hindu 'spiritual fascism' and its religious texts has only grown more passionate.

"Just as the Brahmins are shouting Hinduise India, we should shout Dalitise India. Shout that we hate Hinduism, we hate Brahmanism. Capture the Hindu temples by expelling the Brahmins from them," he says. "The hated must hate. They must become powerful and organised. I want to create anger."