The Dying Of The Light

A new biography of the Mahatma explores hidden facets of his life. A section from the first chapter, ‘The Final Hours’. 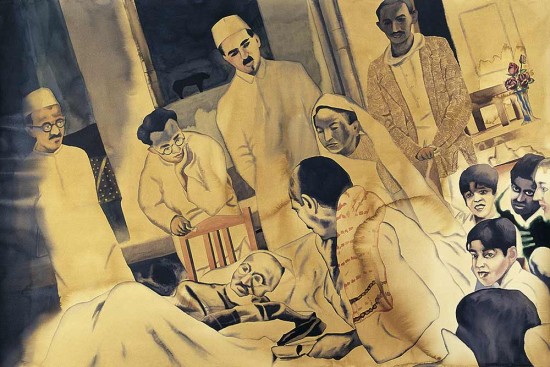 There is a widespread belief that living saints are given some intimation of their own mortality. Mahatma Gandhi often talked about living to 125 years or more, like some Hindu seers had done, but on January 29, a day before his assassination, Gandhi was unusually eloquent about mortality and his own death. On that day, members of the Nehru family had arrived at Birla Bhavan around lunchtime. They included Krishna Hutheesing, Jawaharlal’s sister, his daughter Indira with her four-year-old  son, Rajiv, as well as Sarojini Naidu, the nationalist leader. They headed straight for the garden where Gandhi was basking in the sun wearing a Noakhali hat. Looking up at the approaching group, all wearing bright coloured saris, he greeted them, saying: “So, the princesses have come to see me.” In winter, Gandhi liked to enjoy his frugal lunch, mashed fruits and goat’s milk, in the open garden at Birla Bhavan, where he always stayed when in the capital and where he held his daily evening prayer meetings. Recalls Nehru’s sister, Krishna Hutheesing: “Gandhi looked exceedingly well that day; his bare brown body was absolutely glowing. This was because, even during his fasts, he took very good care of himself; for he had high blood pressure and used to have mud packs on his head and an oil massage to keep his strength up.... We sat in the sunshine talking. He teased me about my lecture tour, asked about my husband Raja and the children and we gossiped, nothing serious, just gay, idle family chatter.” Rajiv picked up some flowers that visitors had brought for the Mahatma, and started placing them around Gandhi’s feet at which Gandhi playfully pulled the young boy’s ear, and said, “You must not do that. One only puts flowers around dead people’s feet.” 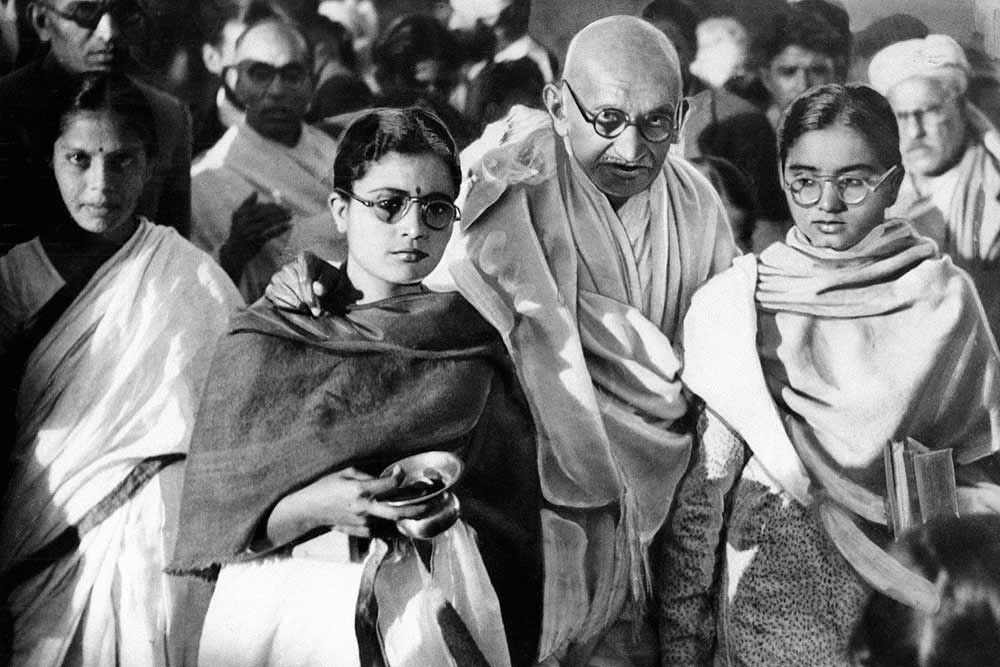 An hour later, Margaret Bourke-White, the famous American photographer for Life magazine, arrived for an interview. It would turn out to be the last he gave. One of the questions she asked was: “Do you stick to your desire to live to the age of 125 years?” to which Gandhi replied “I have lost that hope because of the terrible happenings in the world. I don’t want to live in darkness.” She was followed by a group of villagers from Bannu who had been involved in a communal attack and rendered homeless. One agitated member of the group shouted at Gandhi: “You have done enough harm. You have ruined us utterly. Leave us alone and take your abode in the Himalayas.” That evening, while walking to his prayer meeting he confided to his grand-niece Manuben: “The pitiful cries of these people is like the voice of God. Take this as a death warrant for you and me.” While speaking at the prayer meeting, the angry words of the refugee was still playing on his mind. He declared: “I have become what I have become at the bidding of God. God will do what he wills. He may take me away. I shall not find peace in the Himalayas. I want to find peace in the midst of turmoil or I want to die in the turmoil.” Again, before going to bed, he repeated this thought to his long-term associate Brij Krishna Chandiwala: “You should take that as a notice served on me.”