It’s not the much-anticipated ‘Super Duke’ ­but it holds its own. Duke 250 will hit the market soon. 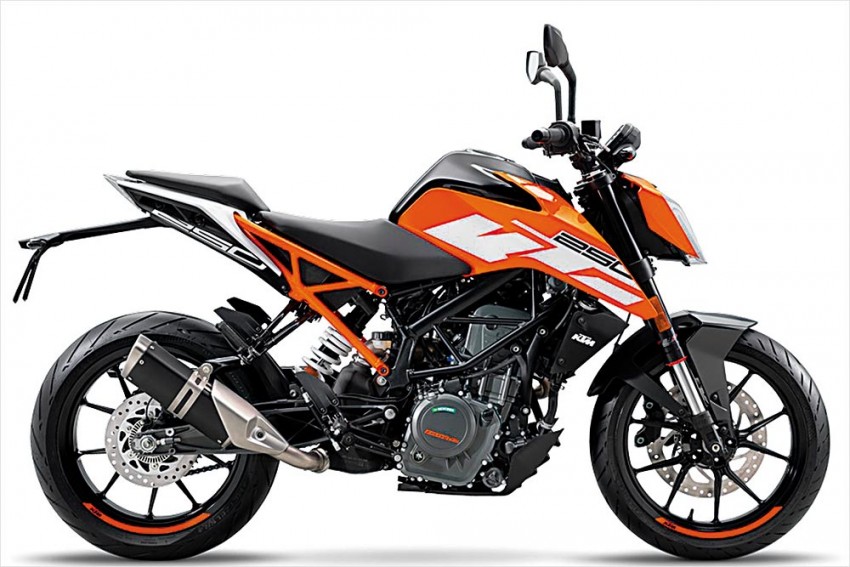 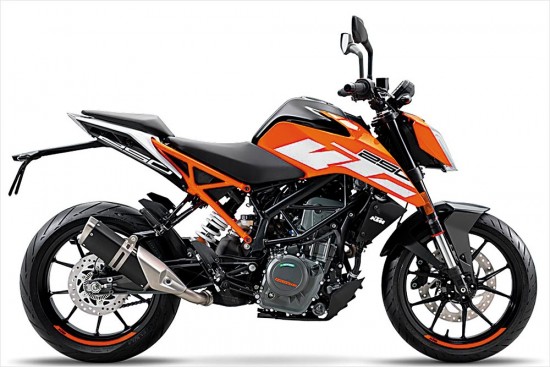 This Bullet lover’s affair with KTM began in 2012 after taking the newly launched Duke 200 out for a test spin. I cannot say it was love from the first gear, but the machine grows on you, And there’s no denying that the Duke has become the first choice for touring as well as city commutes,.

The formidable Duke 390 entered the market after the bratty 200. And, while all eyes anxiously waited for KTM to step up the horsepower even further—by bringing the Duke 690 or the Super Duke to the Indian market, the Austrian manufacturers and their Indian partner, Bajaj, surprised enthusiasts by launching the Duke 250 this year.

The Duke 250 beats logic, especially when you can pay around Rs 50,000 extra to bring home the 390. Having said that, one really cannot resist what the newbie coming out of the KTM stable have to offer. There must be something to the bike!

For starters, it’s sharper than the ­other two models out in the market. The Rs 1.73 lakh (ex-showroom Delhi) motorbike is a bit of a Frankenstein—it combines the aesthetics of both its upper and lower models. The brakes, instrument cluster and electronics are derived from the Duke 200, but it gets the design, (base) engine, wheels, frame and suspension from the 2017 Duke 390. The curves, and sharper edges are inspired from the mother of all KTMs—the Super Duke. This makes the model look meaner and gives a ‘premium’ bike feel to it.

There are a lot of positives in the design aspect of the bike, the most striking being the steel tank with an increased 13.5 litre, capacity. That means longer rides on the highway with lesser fuel stops.

But, beyond aesthetics, what hardcore riders need is performance. And the 250cc engine, downsized from the 390cc motor, provides a refined experience, unlike the nervous and twitchy 200. Und­erstandably, the top-end power, which translates to top-speed on the road—an important number for the bikers out there—will be lower than the 390.

That takes us to handling, which is pretty much as good as the other two Dukes in the market in India. It takes the corners confidently, while the MRF stock tyres that come with the motorbike are very good, although, they aren’t as grippy as the Metzelers on the 390.

One of the weak points of the 200 is the braking. The 300mm front disc is the same as in the 200 and doesn’t give adequate stopping power. However, the subtly improved suspension is impressive.

The 390s, while touring on bad roads, like, say the Ladakh valley, are a pain in the butt (quite literally). The Duke 250 proposes to offer more comfort in such treacherous tracks.

Despite all this, KTM’s reasons behind launch of the 250 are rather inexplicable. If you are looking for an upgrade from a 150cc or a 200cc bike, one would rather go for the 390, or wait for the BMW to launch their yummy 310R, or its clone, the TVS Akula.

The 250 will face its biggest competition from the inhouse 390, which would attract the customers away from the new baby. And if one is insistent on a quarter-litre bike, then why not go for a twin-cylinder motor. Yes, I am talking about the Gixxer 250 from Suzuki ­(considering the price range).

So, as good or tempting as the bike is, the KTM 250 may not be the upgrade that you’d rather go for, since there is going to be a lot to choose from out there very soon. But hey, it a great bike to ride—every bit a KTM—and I dare not say otherwise!

(A national-level wrestler and martial artist, the author is the former editor of mobilemag.com, a freelance writer and photographer. He loves the open road and two wheels)

Test Drive Into The Future