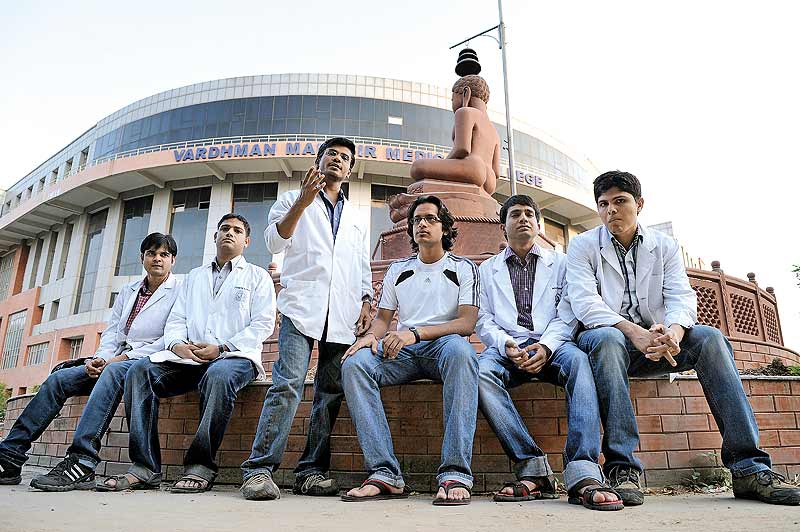 The Vardhaman Mahavir Medical College is considered one of the best medical colleges in India. It is located in the national capital and its teaching hospital is the well-known Safdarjung Hospital. From all accounts, it’s also a place that needs to completely overhaul its prejudices. Twenty-five students of the college, all belonging to the Scheduled Castes and Scheduled Tribes (SC/STs), have had to move the Delhi High Court in sheer frustration, having repeatedly failed exams because of alleged discrimination. Teachers don’t seem to take the students’ grievances seriously: one teacher told Bhalchandra Mungekar, ex-Planning Commission member and MP, who headed a commission of inquiry into the complaints, that some  failures were because of “typographical mistakes”. Attitudes are unlikely to change soon. “The authorities mock us as ‘court batch’ students,” says Dr Manish, one of those who filed the case. “We continue to face a hostile atmosphere in college.”

Mungekar’s report to the National Commission for Scheduled Castes, finalised after a series of meetings between the aggrieved students and the college authorities, held between February and June this year, gives an account of the troubles these students were put through. “Most of the active energy of these students is diverted and wasted in fighting such injustice,” says the report, a copy of which is with Outlook. “It leaves them frustrated, sometimes compelling them to give up studies midway. Occasionally, it even forces them to end their life.” 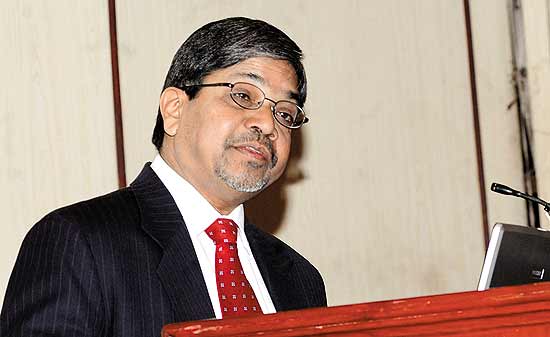 The report of the Bhalchandra Mungekar (above) finds fault with the principal and other faculty members of VMMC.

The report focused on one college, but the bias probably exists in most colleges across India; what is shocking, though, is its existence in premier institutions offering professional courses such as those in medicine, engineering, business management, law and so on. In March, Anil Kumar Meena, an ST student of the prestigious All India Institute of Medical Sciences (AIIMS)—just a few minutes’ walk from Vardhaman Medical College—had committed suicide. Inability to cope with English, and also with how SC/ST students were looked upon by teachers and fellow students, was blamed. Tragic examples of this sort are not hard to find in colleges across the country.

The Mungekar report, though, was prompted by what one set of SC/ST students went through at one college. It’s a harrowing ordeal. Of the 35 SC/ST students admitted to the 2004-09 MBBS batch at Vardhaman Medical College, 25 hadn’t cleared the physiology exam even by July 2010, having failed repeatedly. Physiology is a pre-clinical subject, normally cleared in two semesters in the first one-and-a-half years of admission to the course. These students took a supplementary exam in October 2010—and again failed to clear it, despite having passed in other subjects. Failure in the October 2010 test meant they lost another year. The report says SC/ST students made between four and 13 attempts at passing physiology; eight failed despite 4-9 attempts and left the course; 24 have not yet passed despite 2-8 attempts. In contrast, not one general category student failed the physiology exams held in 2007, 2008 and 2009. In the same years, 15, 14 and 25 SC/ST students failed in the subject.

The students had written to the vice-chancellor of the Guru Gobind Singh Indraprastha University, to which the college is affiliated. They had also approached the college authorities, and finding their supplications ignored, used the Right to Information Act (RTI) to find out why they’d failed repeatedly. “All this points to discrimination by design against these students,” says Mungekar, who has also recommended that the students be paid `10 lakh each in compensation for the discrimination they had been made to suffer.

“It must be emphasised that the hostility of the college authorities towards SC/ST students is found to be so strong that the latter always had to approach the information commission with applications under RTI,” says the report. The report also wants Dr Shobha Das, the director, professor and head of the department of physiology, suspended under the Prevention of Atrocities Act of 1978. Das was the one who put forth the “typographical mistake” explanation.

The commission was shocked at the casual manner adopted by the college authorities. An RTI application revealed that one student, Rajeev Kumar Meena of the 2007 batch, had obtained seven marks for the theory part and 11 for the practicals in the July 2010 exam. But the results said he’d scored six and eight marks respectively. He was failed. Das, the physiology department head, claims to have tried to have the error rectified but  the college had already declared the results so it was in vain. No action was taken against Das for the mistake either.

The students had nowhere to go. The college does have a liaison officer to look specifically into the grievances of SC/ST students, but he didn’t care to record their complaints. The report notes that the principal, Dr V.K. Sharma, wasn’t even aware there was such a liaison officer. Sharma himself proved to be of little help; it was when he failed to address the students’ grievances that they approached the court, which ordered the college to allow the failed students to attend class. The college authorities brazenly ignored the order for a year till the students’ counsel reminded them.

The court’s observation is telling: “We’ll be failing in our duty if we do not deal with the submissions of the students, who belong to a different stratum of society, and are facing a hostile atmosphere because they have approached us...” Later, on a court order dated July 8, 2011, the students took a supplementary exam in physiology, conducted by the Army College of Medical Sciences, Delhi, under close supervision of the court and in a supportive atmosphere. Many of the students who had been failing in physiology since 2004 passed this time. The ending was not so happy, actually—for in addition to all the extra-curricular efforts they had to take to fight the discrimination, it must be remembered that the students ended up having to attend classes with a fresh batch, losing a year anyway.

As Mungekar observed, “The casual manner in which the college authorities treated this matter not only shows indifference but also the contempt they have for SC/ST students.” Some of the students, it must be noted here, were even forced to drop out in the face of such behaviour. Sadly, the Mungekar committee’s findings about prejudices against SC/ST students—and a lack of willingness to address special needs any group might have—could well apply to many colleges across the country. However high they may stand in the rankings.