As skeletons peep out of Dominique Strauss-Kahn’s dirty closet, many Frenchmen cry conspiracy 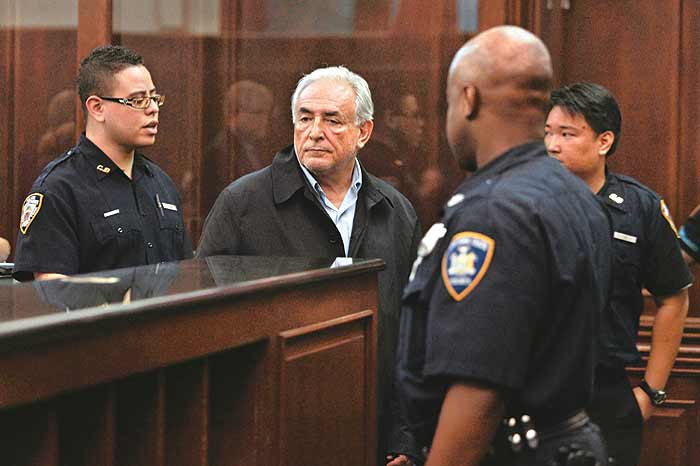 An event narrated from different perspectives usually produces multiple versions, often as many as there are narrators, who differ substantially from each other in their recapitulation. It is difficult to disentangle fact from fiction and exaggeration in the roiling saga of Dominique Strauss-Kahn, who resigned as International Monetary Fund chief last week. But this is what we know with absolute certainty—a 32-year-old maid working in New York’s Sofitel Hotel accused Strauss-Kahn, known as DSK, of emerging naked from the bathroom, dragging her down the hallway of the $3,000-a-night suite, compelling her to perform oral sex on him and then trying to lock her in the room. Nothing was caught on the surveillance camera other than showing him leaving in a rush, seemingly reasonable for a man due to board a Paris-bound flight. But it was odd of DSK to have left behind his mobile in the room. Who forgets his handset in these days of telephony babble?

DSK denied the charges levelled by the maid—of a criminal sexual act, attempted rape and unlawful imprisonment. His lawyer, Benjamin Brafman, assured that the forensic evidence “will not be consistent with a forcible encounter”. Jeffrey Shapiro, who is representing the maid, an immigrant from the poor West African country of Guinea, countered, saying there was “nothing consensual about what took place in that hotel room”.