How they made their own rockets, rocket launchers, mortars and other weapons. And how they kept improving and improvising. 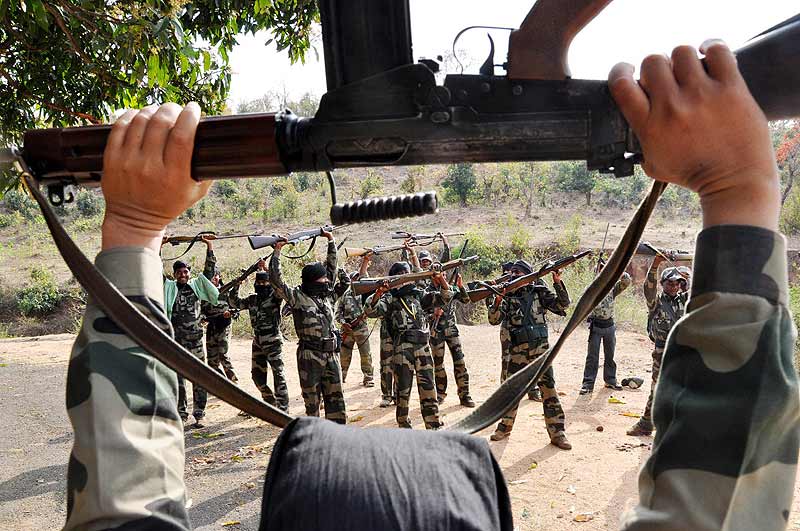 “Being a mechanical engineer, I am well-versed with technical aspects.... I have mastered the skill of manufacturing rockets and rocket launchers. It’s like a passion for me.”

So said Sadanala Rama Krishna alias Techie Anna, a Maoist weapons specialist, in a statement to his interrogators. Techie Anna and Thota Kumaraswamy, alias Tech Madhu, were the brains behind the arsenal of the Maoists: Techie Anna was the head of the Maoists’ technical wing, Tech Madhu was the logistics, production and supply manager. Last week, the National Investigation Agency (NIA) chargesheeted Rama Krishna and four others for waging war against the state as members of the CPI (Maoist) and for the illegal manufacture of arms and ammunition. The NIA claims as evidence cash, ammunition, explosives, Maoist literature, diagrams and parts of rocket launchers and other weapons seized from them. Among the big seizures were 69 crates full of weapons from a Raipur godown and some material from a workshop in Calcutta. Tech Madhu, now lodged in Mahbubnagar District Jail as an undertrial in many cases, is one of the key witnesses. From their interrogation reports, accessed by Outlook, the agency is piecing together a frightening and instructive picture of how Maoist cadres get their weapons—from rifles to Sten guns, grenades to anti-personnel mines, mortars to rocket launchers. It’s a supply chain that runs on make-do, improvisation and, above all, stealth.

Consider the Maoists’ development of rockets and rocket launchers, perhaps the most ambitious project they undertook—with some success. The rebels have been known to be working on it since 2001, when a cadre member is learnt to have died making one in the Dandakaranya forests. Sleuths believe the Maoists have come a long way since that. The strategy is simple enough: snatch or seize a piece or two from the security forces, field-strip it, diagram its working, fashion the parts using available material and workshop machinery, assemble a piece for testing, and finally, pass on the know-how to production units. Some Telugu books, such as Rocket Katha and Viswaparignanamu, provided information of sorts, while the internet has been the biggest ally in their growing expertise.

In 2003, the Andhra Pradesh police, acting on a tipoff, raided a Maoist camp in Malkangiri, where two-inch mortar shells and five rockets were to be developed and tested. The cadres escaped, but the blueprints found there left the security agencies worried. The two weapons experts have now revealed that, after the raid, some 25 rockets were made in Chennai—costing as low as Rs 950 each. Twenty were distributed to various dalams, five retained for testing. By 2004, before peace talks between the Andhra government and the rebels, they were test-firing them. Two cadres sustained burns in the exercise, in which the rockets were tied to trees and set off.

All this time, their technical experts—Rama Krishna and Madhu, of course, but also some others like Seenu and Vishwanath—worked their brains on the project. Tech Madhu said that very few in the party could mix chemicals properly to form the propellant in the right proportion, so he created a “propellant casting device” for the purpose. The team also improvised a V-shaped nozzle when they found that copying the sort fitted on security forces’ weapons would prove expensive. Of the launchers, Tech Madhu’s statement says, “The idea of (making) a rocket launcher with a tube was to operate them, to the maximum extent possible, parallel to the ground. We wanted to attack from elevated places with shoulder-based launcher-tubes.”

Satisfied with the achievements so far, the Maoist bosses mandated Tech Madhu to oversee the manufacture and distribution of 1,600 rockets and 40 rocket launchers to nine dalams in selected districts. He was given Rs 25 lakh in instalments for the purpose. By 2006, Tech Madhu had more or less met the production target, but much of it was seized by the Andhra Pradesh police. Some of the work was outsourced. A police officer from an anti-Maoist unit who has served in Gadchiroli says, “Tech unit members would make blueprints of various parts and place orders with separate industrial units. After that, they would get the parts moved by local transporters and assembled for eventual distribution by mobile assembly units.”

Dr P.V. Ramana of the Institute for Defence Studies and Analyses (IDSA) draws the timeline: “You can trace the journey of rocket launchers in Maoist camps from 2003 to 2007. In 2003, police recovered blueprints in a raid; in 2004, the launchers were test-fired; in 2005, the Maoists improved them further; in 2006, a large consignment was ordered, but a good part of it was seized by police; in 2007, the Bhopal police busted a key Maoist research and development unit where both the old and new blueprints were found. If you join the dots, you will get the larger picture.”

From the late 1980s, the Maoists have been working on building self-sufficiency with regard to weapons. Their technical capabilities have only grown and evolved since then. According to Techie Anna, one of the first technical units was set up in Bangalore in 1989 by him with some comrades. The aim then was humbler: to manufacture and supply .12 bore guns and ammunition, butts and barrels for .303 rifles, grenades and similar weaponry for the dalams in the forests. Similar units, he has told sleuths, operated in urban and semi-urban centres, passing off as ordinary workshops. They would often change addresses—Basavagudi for a while, Sholapur then, and Wadagaon in Pune around 1992.

Tech Madhu was the Maoists’ logistics manager. He also improvised a device to help in rocket-making.

Around that time, the Maoists weren’t focusing on manufacture—they would usually procure arms from local arms-dealers. But after a key member, Puli Anjaiah, was trapped by police with help from an arms dealer, the Maoists decided to stop buying and made a foray into manufacturing. So in 1994, Techie Anna set up a technical development committee (TDC) to coordinate the work of production units. But this committee failed to live up to the expectations of top Maoist leaders, so it was disbanded and a central technical committee (CTC) was created in July 2001, to work directly under the Maoists’ Central Military Commission, headed by Nambala Kesava Rao alias Ganganna. This unit was in 2005 rechristened the Technical Research Arms Manufacturing Unit or TRAM, mandated to not only manufacture and supply weaponry, but also acquire and develop skills and technology.

The TRAM comprises five members, with an elected secretary. Three members concentrate on development and production, while the secretary coordinates and strategises the supply of weapons. Members are expected to visit production units twice a year, while TRAM itself convenes a meeting every three months. Once a year, a Central Military Commission representative attends TRAM meetings, which are held usually in Jharkhand, and once a year in Dandakaranya.

Production units ( earlier referred to as S-1, S-2...) are designated R-1, R-2 etc. Currently some 15 cadres, including women, are at work, producing rocket launchers, pressure mines, grenades, booby-traps, rifle parts and so on. They are also expected to overhaul weapons and conduct repair workshops for the dalams. There are three-member repairing units under each Maoist district committee, with members having to assimilate a full-fledged syllabus during training. Weapons makers and their units keep changing locations.

Today, the manufacture-and-supply chain created over two decades provides the Maoists’ stock-in-trade weaponry—rifles and handguns. Their need for weapons and ammunition, however, is such that they still have to procure them. But they no longer buy from local arms dealers; they source them from smugglers, who bring it in from Bangladesh and other routes in the Northeast. Some weaponry, including LMGs and automatics, and 90 per cent of the ammo, is obtained from smugglers, according to the confession. But the extent and spread of the Maoists’ arms network has left security agencies astounded and worried. Says an NIA officer, “The arrests of these two men have dealt a significant blow to TRAM But it doesn’t end there. They had several projects planned out. By now, the vacancies created by these arrests must already have been filled.” 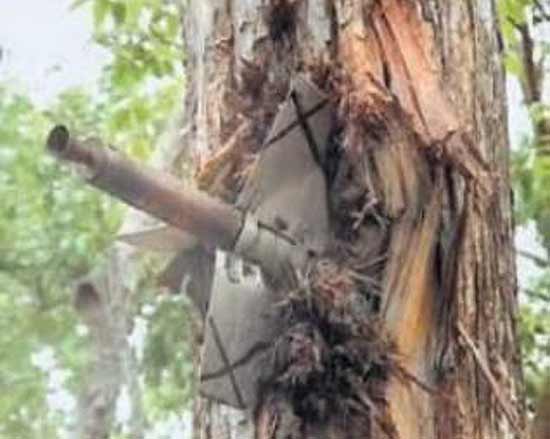