The Diary Of Dorrigo Evans

A visceral plunge into Japanese POW camps in Burma examines the dehumanising nature of war and the ultimate endurance of love. This is a truly great novel. 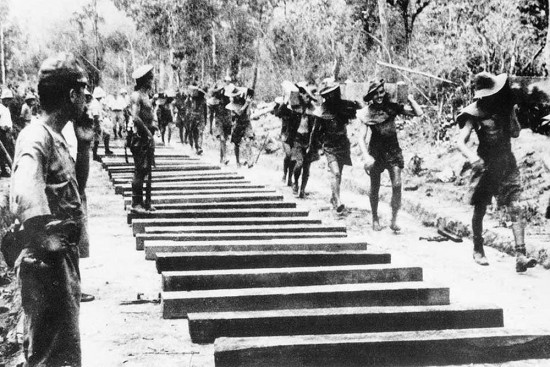 Richard Flanagan’s The Narrow Road to the Deep North, which won the Man Booker Prize this month, knocks you down, pulls you up, then knocks you down again even harder, until all you can do is surrender to the pounding blows, let the power of the novel seep into you. There is a scene, roughly halfway thro­ugh the book, about Australian pows in Burma, that almost exac­tly parallels the harrowing effect the book has on the reader. In the episode, the author shows us an Australian pow called Darky Gardiner, a likeable rogue, being beaten to death by Japanese and Korean prison guards. The incident is described over 16 long pages, and it is one of the most disturbing pieces of writing I have encountered in recent literature. At one level, it is an extraordinary evocation of the depths of inhumanity that people can sink to in times of war, but at another level it is a brilliant way to show the power of love. As Gardiner meets a hellish end, the aut­hor describes the mood of his comrades who have witnessed him die: “It had been a day to die, not because it was a special day but because it wasn’t, and every day was a day to die now, and the only question that pressed on them, as to who might be next, was answered. And the feeling of gratitude that it had been someone else gnawed in their guts, along with the hunger and the fear and the lon­eliness, until the question returned, refreshed, renewed, underneath. And the only answer they could make to it was this: they had each other. For them, forever after, there could be no I or me, only we and us.”

This is not an easy book; few great novels are. When you’re done with it, the glimpse it affords into the bla­­­ckn­ess of men’s souls, and the (possibly) red­em­ptive nature of love, will give you a dee­per appreciation of novels, and how they help us understand the lives we lead.