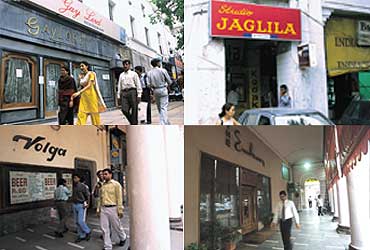 outlookindia.com
-0001-11-30T00:00:00+0553
Closed Down...
The winds of change have been blowing at Delhi’s Connaught Place, and judging by the changed flavours, it seems certain that old dining houses are on the demise in this Lutyens’ marketplace. Landmark eateries like Gaylord’s, Palki, Madras Café, Sona Rupa and Ramble have died, leaving behind nothing but happy memories and the sputter of oil on the walls. There’s now a pall hanging over Embassy and Volga. Says Tejbir Singh, grandson of Sir Sobha Singh, the famous builder of New Delhi: "My grandfather used to host regular coffee mornings at Gaylord’s. It’s sad that time has devoured these places. But the fact is that they did end up running foul of today’s tastes."

Cellar, once Delhi’s most-happening disco, has been reinvented as DV8. Says this bar-restaurant’s owner Sukhdev Majithia: "Cellar’s goodwill is enormous. I’ve lost count of the number of kids who come here to see the nightclub where their parents met. Nostalgia nites, like the retro-Cellar-party hosted by Madhu and Naresh Trehan, was our most rocking event."

"It’s sad that old restaurants are being replaced by glass and glint," says Maryam Reshi, editor, HT City Guide to Eating Out in Delhi. But truth is, they’ve become just too tired and jaded. At Volga, food and service standards have sunk to an all-time low. "It’s now the cheapest place for taxi-drivers to drink beer," says Reshi. It’s only some old haunts like United Coffee House that continue to be popular. "But," says its owner, Akash Kalra, "being around for 50 years isn’t enough, it costs a lot to maintain our pre-British setting."

With new-age pubs and cosmetic coffee clubs finding appeal, there’s No Escape-ing the foodie-buzz about this once-legendary shopper’s paradise. There’s more salt per square inch than ever before at Connaught Place. Not an entirely bad idea though. It is genuinely a sign of diner’s delight, as restaurant openings become frequent events. But will eating out ever come full circle in CP? 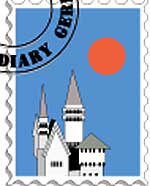