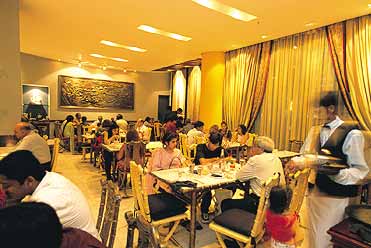 outlookindia.com
-0001-11-30T00:00:00+0553
Mumbai Tiffin Time
Traditionally, Mumbaikars see Delhi as a city high on power, low on oomph. Now some of Mumbai’s celebrity restaurant owners want to add glitter to what they say is the country’s largest eating out market. Three of the tinsel town’s fizziest restaurants hit Delhi in the next few months. Vikrant Chougule’s Athena, and Nelson Wang’s China Garden will be "2003 editions" of the popular Bombay hotspots, meaning "evolved but not changed," according to Chougule. Both bigger than the Bombay originals.

Athena, scheduled for an October opening, will have a restobar, several lounges and an outdoor facility. China Garden, which will have a splashy opening night in August, promises two floors of restaurant and its members-only club, Piano Bar. Located in Greater Kailash II, China Garden will air lift fresh sea food from Mumbai, nearly everyday, says Edward Wang, MD of the soon-to-be-chain restaurant.

Both Chougule and Wang, alongwith A.D. Singh, whose celebrity-packed Olive Restaurant and Bar will open in the Capital sometime next year, say Delhiites have been pushing to see their favourite Mumbai nightspots in their own city as well. "We’ve created a strong brand," says Singh, "so people love it and have been been wanting it in Delhi and several other cities." Singh is also planning an Olive in Hyderabad, while Chougule is taking Athena to Pune and Bangalore and Wang is opening another China Garden in Juhu, in suburban Mumbai. Members of Wang’s Piano Bar will be able to use the club both in Delhi and Mumbai.

But, most of all, these restaurauteurs are bullish about Dilli. "On an average, Delhiites spend more money on eating out than people anywhere else in the country," says Chougule. Adds Olive’s Singh: "Delhi was seen as a big but not a hip and sophisticated market. Now it also has a genteel crowd which is attractive to people like me." 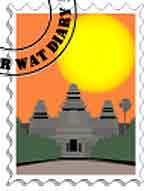