The Delhi Metro To Dombivali?

Mumbai’s geriatric suburban rail system is creaking at the joints. Let DMRC build an elevated track system and bring in its safe coaches. 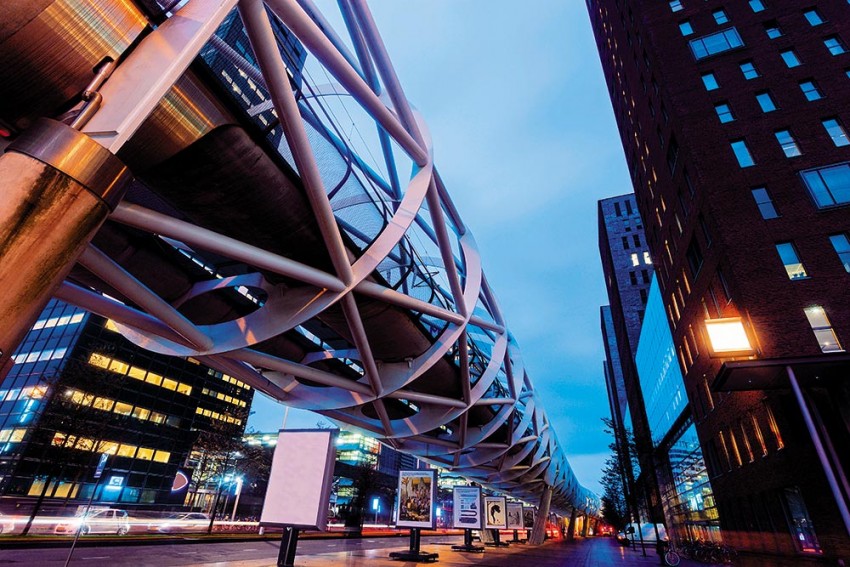 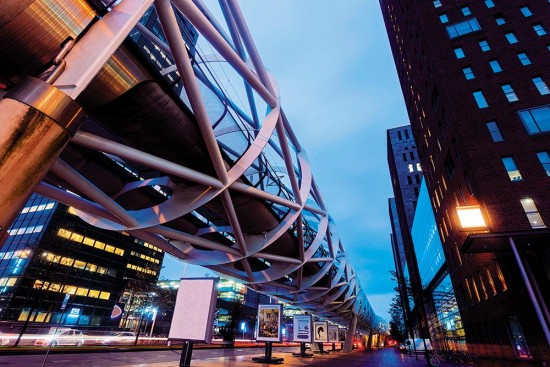 With a total network length of 218 ­km, the Delhi Metro carried an astounding 1,001 million passengers in 2016-17; that is, 2.76 million passengers a day. An eight-coach train running on its various colour-coded lines carries 2,400 passengers during peak hours, or as many as 300 passengers per coach. But the most impressive feature of Delhi Metro lies perhaps somewhere else: it sees no passenger deaths, except for the rare suicides that can be counted on one’s fingers. There is no instance of a Metro passenger dying by falling off from trains—the automated doors ensure that—or, more importantly, due to any accident so far.

Let us compare Delhi Metro’s safety and sec­urity performance with that of the Mumbai Suburban Rail system. At 465 km, the latter covers over double the length—and carries 7.5 million passengers a day. The peak capacity is roughly the same: 290 passengers per coach. Each 9-coach EMU train set that we call a ‘Mumbai local’ can carry up to 2,600 passengers, and usually does. So far, so good.

No one falls off a Delhi metro. No one has had any fatal ­accidents. Who better to crack Mumbai’s puzzle?

But this is where the problem starts. The 2016 CAG report on suburban railways says as many as 3,527 passengers died every year on these Mumbai locals bet­ween 2010 and 2014. This is unacceptable by any standards of public transport operation. More shocking are the modes of death: most oc­­­cur­red at line-crossings, or when passengers fell into the platform gap, or fell from running trains, or crashed against poles. Passengers resort to crossing open lines due to inadequate transfer sys­tems; and overcrowding mostly accounts for the rest. But des­pite similar peak load ratios, Delhi Metro has no such public safety inadequacies. The reason for this near-impeccable safety and security record is simple: the Metro Rail was designed, planned and built by harnessing adv­anced rail technologies in track guideway infrastructure, station space design for passenger flows and rolling stock design.

The glaring glitches in the Mumbai system are presently under the nation’s spotlight. It’s a shame this megacity has to live with a technologically obs­olescent “at-grade” (i.e. at the same level as the ground) suburban rail network that’s, by definition, prone to mishaps. The coaches are shabbily desi­gned and furnished. Cleanliness is difficult. The open doors and windows bring in dust and pollution. Then there’s the heat—the coaches are not air-conditioned. Passengers also endure very high decibel levels, above 90, which is injurious to health Incremental, low-budget ‘jugaad’ improvisations have brought no relief to commuters. Because of the Railways’ stubborn refusal to provide better comforts, commuters also resist any fare increase. But with rising incomes, people have the right to seek a drastic change in the way they commute daily.

It’s time, therefore, to look for some disruptive innovation in planning the future of the Mumbai Suburban Rail system. Indian Railways thinks of it as an albatross around its neck; its officials are probably at their wit’s end trying to manage this massive, 2.7 billion passenger business, stretching their low-technology assets and track network cap­acities to extreme degrees. The more Indian Rail­ways continues with this misadventure, the more they expose rail users to avoidable risks.

The first solution that comes to mind is this: why not lease the entire Mumbai Suburban Rail system, including the existing track network, to the Delhi Metro Rail Corporation? The DMRC has the best technology to build a new network along working railway lines, with least disruption to operations. Its planning and implementation capabilities are far superior to that of the Railways. The 1-billion passenger Metro functions with alm­ost zero mishaps—even when they fill a coach with 300 people, users evidently like DMRC’s operations. There’s no better candidate to crack the Mumbai puzzle.

This author’s only worry is that DMRC may not be willing to take up this challenge because its hands are full, with several running projects. Possibly, given the urgent need to reform Mumbai Suburban Rail, a presidential directive initiated jointly by the railway and urban development ministries can compel DMRC to take up the job. Only, DMRC must be endowed with total freedom to modernise the existing system, using the Delhi Metro brand of BG train sets. DMRC need not invest money in those train sets; they can be leased from a new company owned and backed by a consortium of banks.

The real purpose is to convert the “at-grade” track system into an elegant, efficient elevated system, on existing railway land, while giving space for right of way in a modular manner. One problem to be add­ressed is the partial disruption likely when existing lines are dismantled one by one in the Western Railway corridor, and using that space for building an elevated track. This is a huge challenge really, but creative solutions can be found for this.

The bullet train can provide ­support by sharing a line until the new ­suburban system is ready.

Another radical thought: the proposed Mumbai-Ahmedabad High Speed Rail (HSR) can come to the rescue here by being temporarily integrated with the suburban network. That would mean accelerating the needed sanctions to kickstart the HSR work, with the mandate to start construction from south Mumbai and complete it in five years. In this scenario, the HSR line can provide support to suburban passengers in the interim. The new HSR stations can share facilities with the suburban system till their own elevated stations are ready.

The only impediment here is ingrained inertia. The railway ministry, with its unwieldy organisational structure both at the central and zonal level, displays an unhealthy zeal for preserving and protecting existing technologies. The ‘nested mutualism’ breeds a conservative spirit—within that comfort zone, they tend to block new technologies from entering and changing existing systems.

This conservatism is what we notice in the conce­rted opposition towards the High Speed Rail project. It is incremental upgrades that suit the existing rail industry players, rather than leapfrogging into advanced HSR technologies as China did. India is several decades behind in high-speed technology research. In fact, neighbourhood nations are developing ultra-high speed trains or vacuum pods at speeds higher than fighter jets with a view to using them for military logistics and missile launches!

The best thing in such a scenario is to go for drastic reforms with a long-term, macro perspective. Now that the government has moved to separate freight business from passenger business by speeding up dedicated freight corridors, the next set of radical  and effective reforms will be to take away some of the passenger business segments (like suburban rail and HSR) from conventional railways.

Envisage a DMRC-controlled body looking after the suburban system and an independent regulator, say a National High Speed Rail Commission, repo­rting directly to the railway minister. Not through the Railway Board, which will tend to behave like a competitor to HSR and any professional suburban system. Many might raise the false alarm of coordination here. But salutary things can be achieved through mutually beneficial contracts.

The advantages of creating an entirely new, modern network in place of the decrepit one that exists in Mumbai will be many. Aligning it with HSR means new world-class train sets can bring in a pleasant culture shock among Mumbai suburban rail users even before the elevated track system is built. It may be another culture shock, of course, to encounter one fare for all metros. Adopting Delhi Metro’s Re 1 per km tariff can by itself turn things around, helping pay back the lease charges and also contributing to building the tracks. The per km cost of elevated tracks with a capacity to carry 3.5 million passengers per day need not be more than the cost of building a 16-lane world-class expressway.

When a giant transport network becomes too old and unwieldy, let us not hesitate to dismantle it and shift to better business models. The old ‘Mumbai local’ has done its job for years. Now retire it, free the Mumbaikar from its geriatric pains, keep the railway bureaucracy out, bring in DMRC, and elevate Mumbai’s daily commute to a higher track.

(The author is a former financial commissioner, Indian Railways)

To Kill A Passenger