After the Gulf War, Iraqis had risen against Saddam, but they were betrayed. Ordinary Iraqis are a little wary... 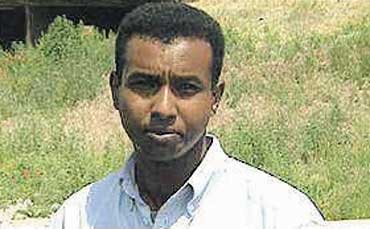 outlookindia.com
-0001-11-30T00:00:00+05:53
The phoney war has finally come to an end. It has been almost a year since President George W. Bush outlined his government's desire and willingness to confront what he described as an "Axis of Evil" comprising Iraq, Iran and North Korea. Since that speech, and many other subsequent policy declarations from senior administration officials, the world has been left in little doubt of the Bush administration's intentions to invade Iraq and overthrow the regime of President Saddam Hussein.

But the unanimous adoption of UN Security Council Resolution 1441 has dramatically ended a long period of rhetorical threats, diplomatic negotiations (some would say bullying) and military preparations, and instead this short and blunt UN document has in a real sense moved the entire world from the talk of war to a framework for war. And that is a fundamental shift. No wonder then that in the afterglow of his party's stunning success in the mid-term elections and armed with a unanimous vote on UN Resolution 1441, Bush was seen worldwide as being in an almost unstoppable position. Here was the American president perceived by Europe, the Arab world and many parts of the Non-Aligned Movement as a gun-slinging, muscular unilateralist, now carrying the will of the international community with him in demanding strict disarmament from President Saddam Hussein.

But throughout the phoney war, from January until November, I made numerous trips to Iraq during this period for the BBC. The view from Baghdad has always been different. From the outset, before Bush really consulted with his European allies, particularly British Prime Minister Tony Blair, his administration in Washington had made "regime change" the central focus of any military action against Iraq. The problem as seen by the Bush administration was simple: a defiant and seemingly unbreakable Saddam was still in power in Baghdad 11 long years after the Gulf War, standing in the midst of a volatile, strategically vital region—all this in an age of such uncertainty. The answer for Bush? Invade Iraq, overthrow Saddam and preferably kill him in the process. For the Iraqi leadership, this aim has always been at the heart of the current crisis.

It was only much later in the day, after Blair and Bush realised that the rest of the world wouldn't endorse an invasion of a sovereign country solely to overthrow a government that they did not like, was the concept and threat of Weapons of Mass Destruction introduced as the new central bedrock of policy towards Iraq.

Baghdad, of course, doesn't believe a word of it. There is a deep sense of fatalism amongst officials and ordinary people. The mood in the Iraqi capital does not simply see war as inevitable—the feeling is that war is certain. But this time the Iraqi army will probably not wait to be attacked in the desert. Military analysts say they'll aim for deployment around Baghdad to draw American and British soldiers into urban guerrilla warfare where their technological advantage will not count for much and which, should the Iraqi army stand and fight, will be extremely bloody and costly.

President Bush hopes and believes that British and American forces will not be fighting alone. His administration believes that presented with an opportunity to rid themselves of their government, most ordinary Iraqis will rise up in rebellion. Maybe. But they did this before. In the tumultuous days of February and March 1991, as the defeated Iraqi army limped back from Kuwait, many Iraqis decided this was the point at which the rule of President Saddam Hussein would be ended. Critically, they heard the first President Bush—father of the current incumbent of the White House—call on them to rise up. They did, seizing control of 14 of Iraq's 18 provinces.And yet they were betrayed. No American assistance of any kind came, and thousands of people paid with their lives. And now his son is asking them to make the same sacrifices again. Ordinary Iraqis are a little wary, to say the very least.

But war now has a framework, in the form of UN Security Council Resolution 1441. Whatever the world may think, London and Washington believe they have a mandate and a trigger for the goal of overthrowing the Iraqi leadership. Very little is certain about what such a conflict would bequeath. Suffice it to say that it will be the most consequential of wars. The post-Cold War world began with the first Gulf War. The post-September 11 world may come to be defined by what it looks like after the coming war in Iraq.

(The author is the Baghdad-based senior World Affairs correspondent for BBC News.)

Beating Around The Bush