It takes 13 long years to obtain conviction in the high-profile Salman hit-and-run case. Does this serve justice? 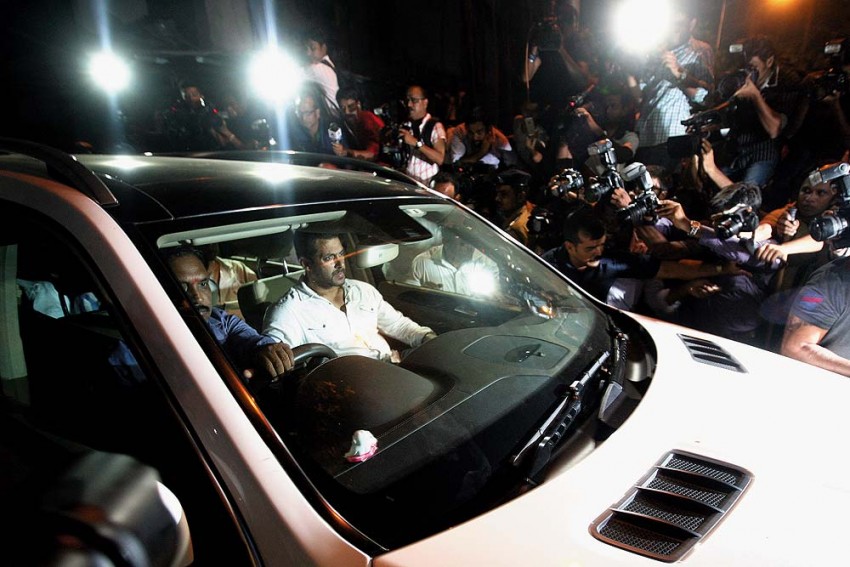 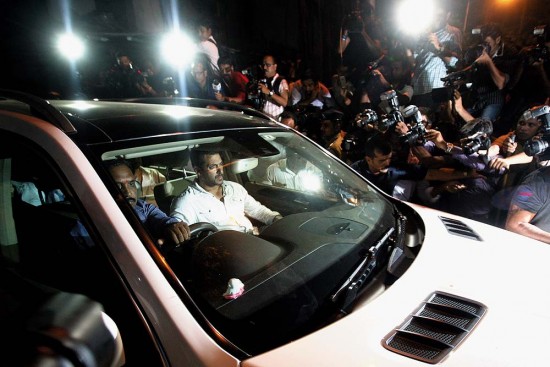 During a rapid-fire round of questions on Koffee with Karan, Karan Johar asked superstar Salman Khan for three things we don’t know about him. “He’s a great guy, he’s a great guy, he’s a great guy,” Salman replied, smiling and unabashed. On Wednesday, Salman was convicted on all charges against him in the 2002 hit-and-run case, including driving under the influence of alcohol and culpable homicide not amounting to murder. As sessions judge D.W. Deshpande sentenced Salman to five years’ rigorous imprisonment, a collective gasp went through the courtroom. For neither the lawyers nor the media were expecting anything more than three years, given how long the trial had gone and how messy the prosecution case had become. No sooner than praise came for the judge and prosecution, however, Salman had secured bail and was home for dinner. So what had the ‘day of judgement’ come to mean? Had justice been done to Nurullah Mehboob, who died in the accident, and four others, who were injured? What does this mean in a country where 50,000 people die in hit-and-run cases every year?

Defence lawyer Shrikant Shivade pointed out that previous cases of drunken hit-and-run, such as the Sanjeev Nanda bmw case and the Alastair Pereira case, had attracted only three years in jail. But in another Mumbai case, of Nooriya Haveliwala, who mowed down a police officer and a civilian, the court awarded five years’ RI. Her appeal is pending in high court and she’s on bail.

Legal experts say that, of course, Salman has every right to apply for bail and go in appeal. But the speed at which everything happened has surprised many. Some say they’ve not seen other accused get the benefit Salman has got. Says Nitin Pradhan, a senior lawyer who filed a PIL for payment of compensation to the accident victims, “In the 1970s and early 1980s, interim bail was granted but the practice was discontinued. It is not illegal; just that it is not practised commonly now.” And advocate Ashwin Thool, who represented Haveliwala, says, “Interim bail does sound appalling, even if it’s only for two days, but it’s the rule of law, as per the Supreme Court. If he’s proactive in getting a remedy that’s available and others aren’t able to get it, it’s unfortunate, but he can’t be blamed.” He said he did not avail of the proviso in the Haveliwala case because he did not represent her in the high court, but back-up plans such as those kept ready by Salman’s legal team are nothing new.

Abha Singh, who filed a petition questioning the police investigation, says, “The message goes out that after 13 years, when you want to move, everything works in three hours, as if there are two sets of procedures. The judicial system is tilted in favour of the rich and a poor man can’t get justice, can’t pay for big lawyers.” However, she praises the court for the conviction. “It’s victory of justice to the extent that the law stood its ground and truth triumphed.”

Regarding the conviction, prosecutor Pradeep Gharat says that the very fact that Salman took multiple defences may have gone against him. Khan claimed that he had had water and not any alcoholic drink; that he never drove the vehicle; that the alcohol samples were incorrectly tested. It was towards the fag-end of the trial that he produced his driver as one who was at the wheel.

While the defence may not have worked, the investigators and prosecutors too have a lot to answer. The delay, the way witnesses disappeared, the failure to examine Kamal Khan, who was in the car with Salman, and the failure of the police to pick fingerprints from the steering wheel will not go unnoticed.

Nikhil Wagle, a senior journalist who had filed a PIL on this case in 2002, along with other journalists, says, “The ground-level staff of police did well and hence the conviction happened, but this is definitely a case of justice delayed, if not completely denied. Every accused will go to the high court, the Supreme Court. But there are many unanswered questions. Why 13 years? What is the role of the police? What was the role of defence lawyers? Police  mishandled the case and Section 304(ii), under which he’s been convicted, was not applied till there was a public outcry.” Wagle says the defence abused the system, challenging different sections at every step. The police, he says, did not protect prime witness Ravindra Patil, Salman’s police bodyguard, who suffered from psychological problems after pressure was mounted on him to change his deposition and died a lonely death after being found on a footpath. “I’m reminded of the Akash Ambani case and how it was hushed up,” he says. The judge, he pointed out, rejected applications for a perjury charge against Salman’s driver Ashok Singh but fined him Rs 10,000.

Abha Singh, who now plans to appeal to the high court for investigating the role of the police, says, “It became a public movement after my press conference. Only 24 of the 64 witnesses  were examined. The police could have issued a red corner notice for Kamal Khan, who had signed a bond saying he would be available when needed. The role of the police is suspect because they even had Salman performing at one of their functions. All of them talk of his charity and his ‘being human’, but then he brought his poor driver forward to take the blame. Other hit-and-run cases were completed in four years, how is justice delivered in this case? There must also be punishment for perjury.”

Lawyers say the system needs an overhaul. “Of course, justice has been delayed because our criminal justice system is hopelessly outdated. Laws are perfect and remain the core of judicial jurisprudence. However, compared to our population and rate of crimes, we require more people on both sides—judges and police officers. There have to be crime detection systems on the lines of those established by the FBI. Law and order must be separated from investigation; most officers prefer to go for investigation work, given the scope of corruption there,” says Pradhan, who says victims come off worst.

Advocate Javed Hussein, who represented the mother of the deceased Nurullah, says the fact she died without seeing a penny of compensation money is itself a failure of justice. “To appeal is his right and his getting bail is not extraordinary. But think about the victim. Our case doesn’t come up. For you, ‘Justice delayed is justice denied’ is just a saying, a phrase. But in the courts, it is a harsh and concrete reality for us. I experience it every day. Why should a mother have to die without seeing justice for her son?” he asks. Salman, he says, may have voluntarily deposited money, but the accident itself changed the lives of the victims forever.

Mumbai has witnessed several proactive steps by the traffic police to curb drunken driving. It involves suspending and cancelling driving licenses, immediate arrests, jail terms, heavy fines and regular checks, especially during weekends or occasions such as New Year’s eve. Advocate Thool says, “The police is doing their part and the incidence of rash and negligent driving is coming down. However, the victims should be compensated in some way or the other while investigations and trials go on.”

According to the Save Life Foundation, which works on road safety, around 50,000 people die in hit-and-run cases in India every year. So what impact will this conviction have on our roads? “In our view, this case will not have much impact on the ground. Being a celebrity, this is more of an event than something that anyone learns from. The issue is larger than Salman Khan. The conviction rate in such cases is five per cent or lower. The fact that police and judges pursued this case is commendable. But let’s not forget that he will go in appeal and final justice is yet to be delivered,” says Piyush Tiwari, founder and CEO of the voluntary group.

He emphasises the need for more vigorous implementation of laws. “Enforcement is so pathetic that expecting one case to send a message is itself unrealistic. The SC has been asking for strengthening the laws. The crux of the matter is the law itself, and the government is dragging its feet on improving legislation. In most cases, only Section 304(a) of the IPC, which has a maximum sentence of two years, is applied. In Salman’s case, higher charges were applied after a meeting called by the state home department. There are problems in investigation. Blood and alcohol tests are not conducted immediately. There’s no standard operating procedure. Khan’s conviction is an aberration. It’s a year since Union minister Gopinath Munde died in a car crash, but the changes that were promised are nowhere to be seen.”

Who Will Judge Thee?