Home  »  Magazine  »  International  » Interviews  » Interview »  ‘The Crisis Is Not Only About Syria, But Also About Iran’

‘The Crisis Is Not Only About Syria, But Also About Iran’

The best-selling author, journalist and commentator answers questions on a variety of issues 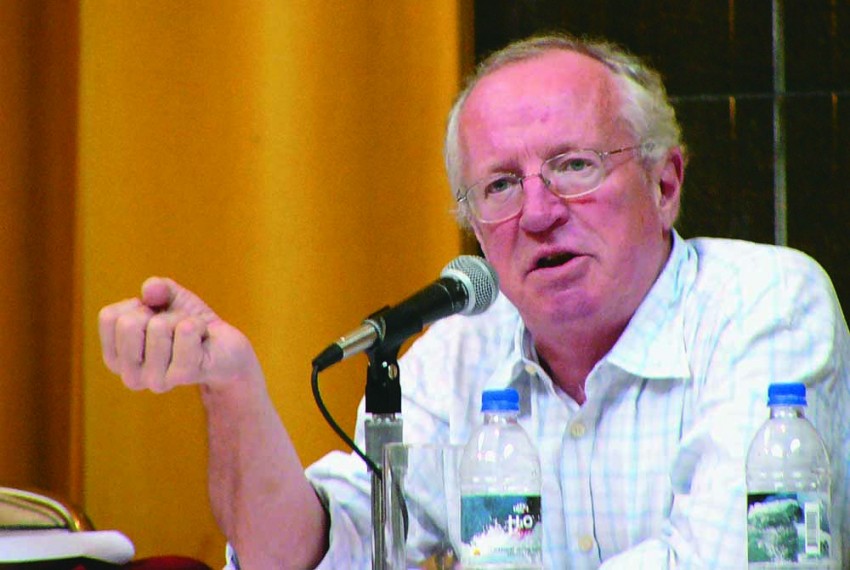 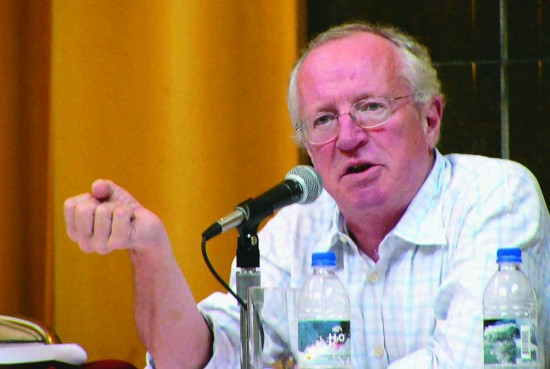 Best-selling author, journalist and commentator Robert Fisk has reported from the Middle East for more than three decades, covering eleven major wars, countless insurgencies, massacres and political crises. Based in Beirut for a long time as the Middle East correspondent for The Independent, Fisk holds more British and international journalism awards than almost any other foreign correspondent, has received six honorary doctorate degrees, and written a number of books including The Great War For Civilisation: The Conquest of the Middle East—an eyewitness history of the region's tragedy that was published to great critical acclaim in 2005. He spoke to Tutul Dasgupta on the phone, from his cottage in a village in the Republic of Ireland.

If a US strike on Syria goes ahead, as it seems likely to, what will be the repercussions?

Robert Fisk: I am not certain that a US strike will ultimately go ahead. If it does, there is no doubt that Syria will try to respond in some way. How they will respond is really a big unknown for me. It depends, somewhat, on what Turkey will do.  Everyone has struck at Syria, the Turks, the Israelis. It seems we went to war with Iraq on the basis of non-existent weapons of mass destruction. Now we are about to go to war with Syria on the basis of YouTube. I would really like to know more about what the UN weapons inspectors found, and what they say in their report.

What do you think the US is trying to achieve geo-politically here?

As I have said before, I don't think this is just about Syria. It is about Iran. It is about striking at Iran's only Arab ally.

In Iraq the US and its allies went to war to neutralise non-existent WMDs, based on information that clearly turned out be false. This time, not even Bashar al-Assad's government in Syria is denying that chemical weapons have been used on unarmed civilians in a Damascus suburb.

Remember when Saddam Hussein used chemical weapons on unarmed civilians in Halabja, no one did anything at all. Saddam, at that point,  was a western ally. The CIA put it out that Iran had used the weapons. If the western powers were utterly nonchalant then, why can they be nonchalant now?

Do you see any solution to the Israeli-Palestinian dispute in your lifetime and ours?

No, because Israel has illegally seized so much Arab land that there is no room left for a Palestinian state in the West Bank. Geographically, there are not enough square miles left to create a Palestinian state. That is Palestine's tragedy, and that is also the tragedy of the Israeli left and those millions of Israelis who do not believe in the right wing extremist policies of Benjamin Netanyahu or his crackpot former foreign minister, Avigdor Lieberman.

Does it surprise you that President Obama, who was greeted with so much hope around the world when he was first elected, and who had said peace in the Middle East would be a priority for his administration, failed to bring about even the realistic possibility of an Israeli-Palestinian settlement?

No, it does not surprise me. Governments are not about good guys and bad guys. Government is about power and the use of power. The structure of power in American politics is well known— total and uncritical support for Israel, right or wrong, even to the detriment of US interests in the Middle East. Faced with the possibility of a one-term presidency, Barack Obama was not prepared to abandon this policy in favour of justice. The presidency was worth more to the Nobel Prize winning president than were the Palestinians.

Does the Israeli Palestinian dispute have any lessons for India and Pakistan in their dispute over Kashmir?

No I don't believe that disputes travel. Nor do peace treaties. But Kashmir is about justice. And that is what the Israeli Palestinian conflict is about. It is not about freedom. It is not about democracy. It is about dignity and justice. These are the keys to peace in the Middle East and South West Asia.

Some observers, especially in the west, say the Arab Spring doesn't look pretty on the ground. It paves the way for the rise of a number of Islamist parties across the region.

"The Kashmir issue, like the Israel-Palestine conflict, is about justice. It’s not about freedom or democracy, it’s about dignity and justice."

First of all it is not an 'Arab Spring.' That is a Hollywood phrase. It is an Arab awakening. But what do you expect of revolutions? Do you want all the people to become westerners and vote for those the west chooses? Of course Muslim groups have come to the fore. They were the only groups still struggling, under decades of western supported dictatorships. Now they have the chance to show whether they can—or cannot—run a country. What is all this fear about political parties which use the name 'Muslim'? Does America expect the Muslims of the Middle East to convert to Christianity? There are Christian Democrat parties in Italy and Germany—but does anyone expect them to start the 13th Crusade?

Does Iran really have nuclear ambitions? Does it want a bomb?

Well if you don't have a bomb you can be invaded by the US. Look at Iraq. But if you do have the bomb—like Pakistan, India or North Korea— I promise you America will not invade you. So if I were an Iranian I might like to have the bomb—to stop America invading me. But I do not think—even if it wants a bomb—that Iran would use it in the Middle East. If it attacks Israel, it would also kill all the Palestinians—and Israel's response would destroy major Iranian cities. Iranian nuclear facilities are not in the hands of Ahmadinejad, another Middle East crackpot. I think that the whole 'crisis' about Iran is about the Sunni Arab desire to crush Shia-ism in the region and about the Israeli right wing's desire to promote the idea of Israel under constant and mortal threat from its enemies. America buys into this, which makes the crisis far more dangerous.

Afghanistan—what happens when the US troops leave? Can the Hamid Karzai government survive?

We all asked the same question when the Russians left Afghanistan in 1988. And Najibullah stayed on years afterwards. What makes you think that Karzai can't carry on? He was never sustained by US power. He was sustained by corruption—which will continue, greater than ever— when the Americans run away.

Given its role in Afghanistan, and its strategic interests in the region, is Pakistan reorienting itself as a West Asian country, rather than a south Asian one?

I am one of the few journalists I know—but there are many others—who actually likes Pakistan. Despite the corruption, which runs from the tyre mechanic to the president, there is still a deeply embedded desire and love for freedom, democracy and justice. You see this in the judiciary, in the many brave Pakistani lawyers who had fought corrupt governments, and especially in the vibrant Pakistani press. I often find Pakistani newspapers much more informative than the New York Times. We should stop writing Pakistan off as an imploding state. Its people thirst for education, which is a sign that a nation wants to progress and be respected by—and respect—its neighbours.

You are the first western journalist to have met Osama Bin Laden face to face in December, 1993. You met him many times subsequently. Your impressions of the man.

Osama bin Laden is like an albatross around my neck. Every time I talk to a journalist, I am asked about bin Laden. Like the albatross that followed the ancient mariner, he follows me across the oceans. Osama bin Laden was intelligent but had no worldly knowledge. He was self- righteous, a very dangerous quality in a leader. And he would brook no opposition to his views. In the end he was a 'has been.' He watched the Arab revolutions on television. And not a single Arab protester in any Arab country carried a picture of bin Laden or an al Qaeda flag. Sure, a violent form of Islamicism continues—but that has been the case since the eighteenth and the nineteenth centuries.

A shorter version of this interview appears in print