Women’s bank? SEWA has been doing it for 39 years 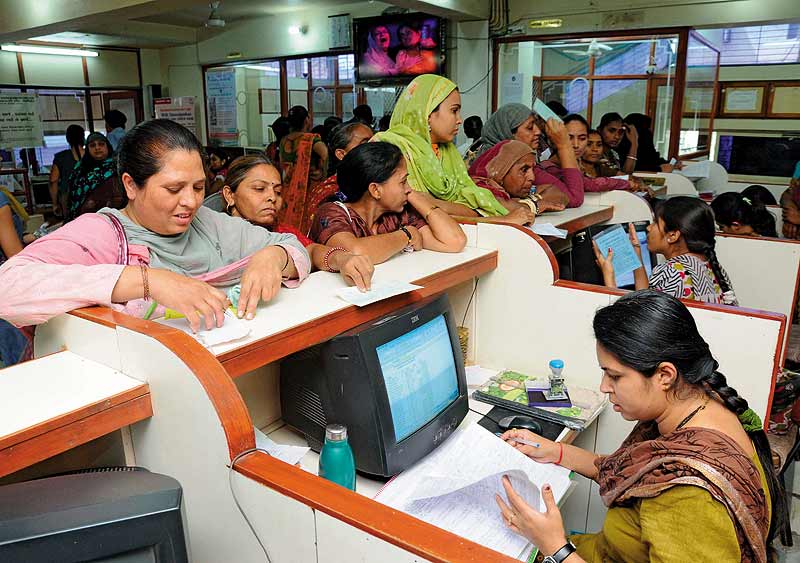 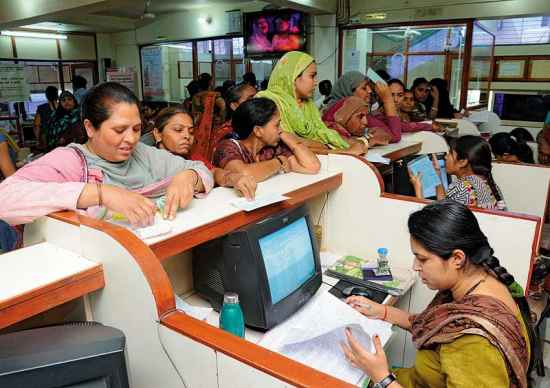 At the counter near the bank entrance, two women are helping illiterate women clients fill out their passbooks. Many other clients—again, women—stoop over women officials in their cubicles. There are no men here. This isn’t the all-women’s bank that Union finance minister P. Chidambaram proposed in the 2013-14 budget. It’s the Shri Mahila SEWA Sahkari Bank Ltd, Ahmedabad,  one that has been around for 39 years.

In the late 1960s, Ela Bhatt, as chief of the women’s wing of a textile labour union, recognised the multiple problems faced by women workers and gradually organised them, by 1972, into the Self-Employed Women’s Asso­ciation (SEWA). Its founders soon realised that these working women needed savings and credit services, but existing banks weren’t keen on dealing with illiterate women, who wouldn’t know how to handle their passbooks, would arrive in work-stained clothes, often with babies in hand. So, two years on, SEWA set up a cooperative bank for women, beg­inning with 4,000 members.

Chidambaram plans to provide Rs 1,000 crore to set up an all-women bank in the public sector. SEWA Bank, in contrast, began with Rs 1 lakh, contributed by mem­­bers. Today, it has a working capital of Rs 200 crore and serves four lakh women.

Jayshree Vyas, 60, has been the managing director of the bank for 25 years. She says one of the chief objectives is to help poor self-employed women to keep out of the trap of borrowing from money-lenders. She tracks the capital-time chart of a typical client and points out how it starts with debt, moves into savings, and then on to business expansion and buying a house of their own. One example, albeit a client who’s just starting out, is Jyoti Makwana, 26, who makes and sells PoP figurines. Her working capital has come from the third loan she has taken from the bank. “At 1.5 per cent interest per month, it’s advantageous,” says the high school dropout. 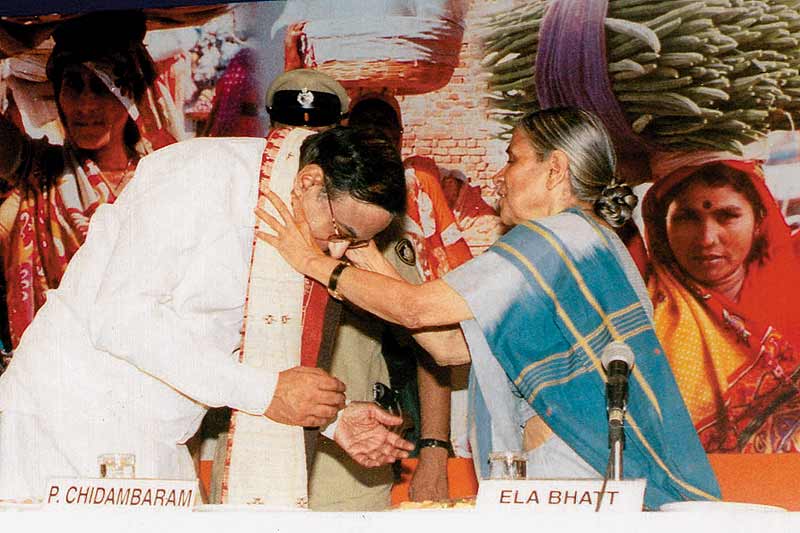 But there’s more to the bank than just financial services, says Vandana Shah, 57, its general manager. She has been with the bank since 1976 and says it has been an innovator all along. “It’s only recently that the RBI came up with know-your-customer (KYC) guidelines, but we’ve been strict about that since inception,” she says. The bank now employs 250 officials at seven branches across Gujarat. But Shah remembers how a five-member team used to run the bank from the foyer of a textile unit, helping uneducated workers not only with their finances but also their personal problems.

Jaya Bhavsar, 46, a client who earns from stitching and embroidery, appreciates the personal touch. She took a loan for house repairs one-and-a-half years ago, and says the staff explains to her all the technicalities of repayment. She wouldn’t want to go to any other bank.

Much of this commitment has been won by the 150 community leaders, or “bank sathis”, who liaise between the bank and clients. Thanks in part to them, and to the staff’s attitude to clients, transactions worth Rs 1,500 crore took place at the bank over last year.

Lopa Raval, the cashier at the head office, says the work gives her satisfaction, and recounts one Saturday afternoon when a woman came crying to the bank after the counter had been shut, seeking withdrawal of money for her daughter’s hospitalisation. Of course, the bank obliged her.

As Raval speaks, an announcement is being made for clients to subscribe to the New Pension Scheme (NPS), for which the bank is an aggregator. But long before the NPS, SEWA Bank had tied up with Unit Trust of India to create a pension scheme for its clients, who otherwise wouldn’t have saved for old age. It had been inaugurated by Chidambaram. A case of grassroots inn­­ovation and initiative beating government. Of the minister’s proposed all-women’s bank, Vyas says she’d like to wait and watch, for “we are yet to see whether it will reach rural areas and whether its systems will suit poor women”. SEWA Bank could perhaps give them some valuable lessons.

By Smita Pranav Kothari in Ahmedabad