Lawyers both, and politicians on rival sides, Jaitley and Sibal are united in their love for Tendulkar 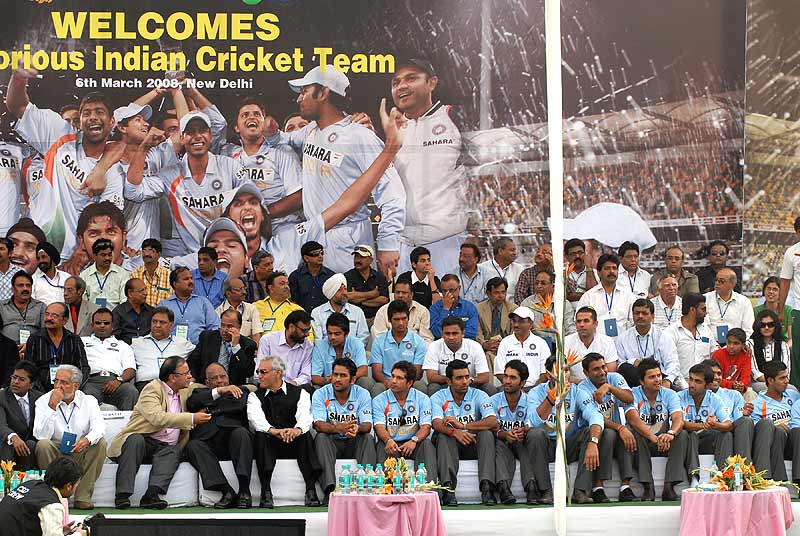 The one thing that distinguishes Sachin Tendulkar for me has been his ability to retain his core competence over the last 24 years. Des­pite the pressures of international cricket and the pressure of people’s expectations, he has not lost his most fundamental skill, and this is what has made him the greatest to have played the game of cricket.

I would want to just look back to the first Test match against Australia at Chennai in the recently concluded series in trying to emphasise the point. Sachin came in to bat when India had lost their first two wickets with just 11 runs on the board. Both our openers were out, and the Australian total of 380 had started to appear daunting. One more wicket at that juncture and anything could have happened to the game. In fact, it was imperative that Sachin stayed out there to set the tone for the Indian batting effort—which he did right through his innings of 81.

In the first four balls that he faced, he hit three crisp boundaries. And each one of them was a real cricketing shot, played with immense confidence. The first and second were through the off-side, while the third was a deft glance behind the wicket that raced off to the boundary. These three boundaries had the immediate effect of rel­easing the pressure that had built up on India. This helped his partner Cheteshwar Pujara and put the Aussie new-ball bowlers on to the backfoot. So even if he doesn’t play the lofted shots of his prime, he still caresses the ball both sides of the wicket and plays with artistry and authority. He has moulded his game over time, retaining the panache and artistry. That in itself is the hallmark of a true great.

The other aspect is his off-the-field conduct. He is the best example of greatness combined with humility. Despite being a real pan-Indian icon,  he continues to be the boy-next-door, retaining his middle-class values. He is soft-spoken, dignified and humble—a perfect role model for the Indian youth. In the many years of my association with Indian cricket, I have never seen Sachin behave differently. His commitment and passion continue to be all-pervasive, and the way he has retained his fitness at this age is commendable. He is hardly out of place when he plays the IPL, for example, and that’s a tribute to his consistency and commitment.

Sachin’s other fascinating quality is his ability to take criticism in his stride. Unfair criticism affects each one of us, and Sachin has faced a lot of it over the last couple of years. The slightest failure has led to a national furore, and needless to say, it is impossible to cocoon oneself from such growing hysteria. The ability to do so and to come back strong has endeared him to all of us and that again is evidence of his success in retaining his core competence. 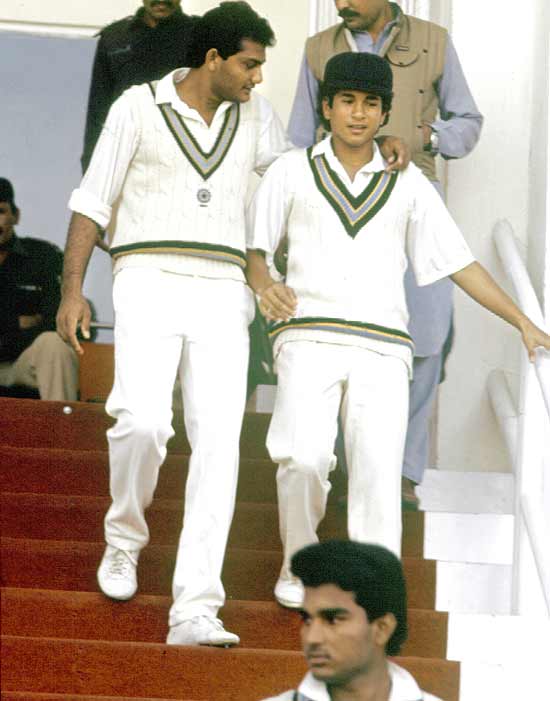 Stepping in Azharuddin leads Sachin to his 1989 Pak debut

To begin with, a confession is in order: I feel depressed when Sachin gets out, and my spirits soar when he performs well. My cricket-watching over the last two decades and more has largely been defined by Sachin’s continued excellence while playing for India. For me, he is the embodiment of modern India. He represents a confident, assertive India that’s on a march to progress. He has taken on the best in the world of cricket and won against them. He has dealt with adversity head on and overcome the many challenges the opposition bowlers posed to him. The country is trying to do the exact same thing. We have already reached the pinnacle in cricket, thanks to Sachin and his teammates. Now, it is time to do the same in most other spheres.

Every sporting great emerges blessed with a bundle of talent. They are all intuitive players with exceptional qualities. In the first few years of their careers, it is this intuitive quality that steers them. However, soon enough the opposition starts to work them out. This is more so in this day and age of 24/7 media, when every action is analysed threadbare and faults found. Soon enough, the initial bubble bursts and the performance graph straightens out. This is only natural. Not so for Tendulkar. He arrived as a sensation blessed with prodigious talent. In the two decades and more that he has played the game, the opposition hasn’t worked him out yet. Every time he had a lean patch, he has worked to come out stronger. He mastered every opposition in every part of the world with equal verve and determination and that’s what makes Sachin one in a generation. He continues to be intuitive and innovative at the same time, a combination hardly ever seen in people.

In his very first tour of Pakistan, it was evident to one and all that here was a player who wasn’t going to be overawed by the very best. The Pakistani bowling line-up, which included some of the world’s best, couldn’t overwhelm a 16-year-old Sachin. Soon after, he saved a Test match for India in England in 1990, scoring his first Test hundred. He, however, wasn’t satisfied. The next port to conquer was Australia. He did so in 1992 and scored one of the best ever hundreds by an international player at Perth.

In an India that was opening itself to the world in 1991, Sachin was a godsend. He was blessed with all the traditio­nal Indian values plus an unrivalled zeal to become the best in what he does. He soon became a role model for many a young Indian growing up in the ’90s and has never failed the people who have grown up idolising him. He is still the boy next door, every bit reliable and dependable—and that’s what endears him to a country of a billion plus.

What legacy will Sachin leave behind when he finally quits the game? Certainly, he will leave behind what all he has achieved and also the simple lesson that there is no supplement for hard work. Had he, like many of his talented counterparts, tried to live off what he had been blessed with, he’d have achieved a certain amount and no more. He pushed harder. And harder. And harder. There was never a moment when he was content with what he has achieved. He was ever ready to innovate and put in the extra yard. That’s what a young India needs to do as well. 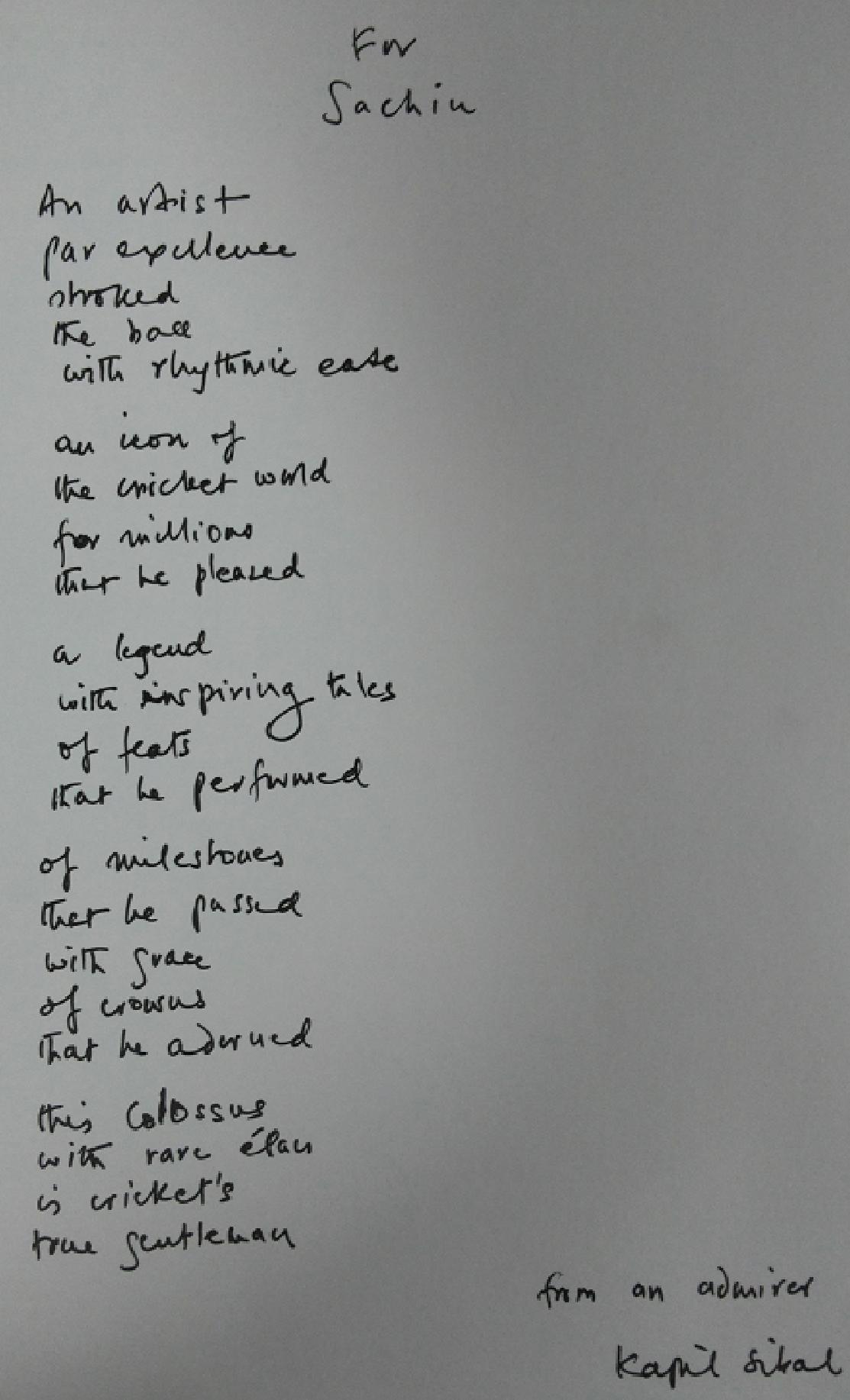 Through A Gap In The Don’s Bend