The East India Company, the Raj and the roots of Indian corporate malpractice 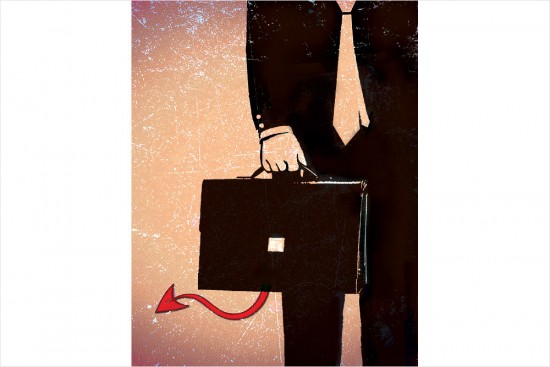 The growing clamour recently in favour of corporate ethics and against blatant corporate greed and malfeasance, both from outside and within the corporate sector, is of a piece with the push for transparency and against corruption. The angst is best exemplified in Gop­alkrishna Gandhi’s recent outpouring that “corporate greed has crossed all bounds as has corporate tastelessness”. The Satyam scam, followed by the 2G spectrum scam and the Coalgate scam, have blown the lid off the rot within the system. Much of the recent writing on this theme seems to attribute the roots of this malaise to the regulatory system of the lic­ence-permit raj, which was put in place post-Independence. But this misses the wood for the trees: the roots of unethical business practices well predate 1947.

The institutionalisation of corruption in business can be traced to the Raj, and beyond that, to the very nature of colonial mercantile trade under the aegis of the East India Company. It is best exemplified in the involvement of company officials in private trade in violation of the company charter and the enormous pecuniary benefits derived by them through graft as revealed in the cases involving Robert Clive and Warren Hastings.