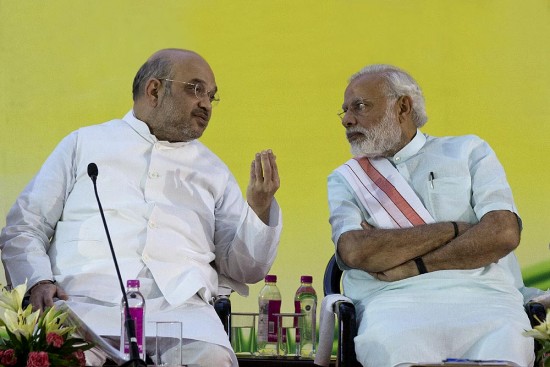 Aglimpse of the ticking chess brain that is Amit Shah—one that plots out all possible moves, three moves ahead—comes through with stray anecdotes about the otherwise inscrutable man. When the Opp­osi­tion announced Meira Kumar’s name to fight NDA candidate Ram Nath Kovind in the Presidential elections, Amit Shah smiled. “If I was in their place, I’d have fielded an OBC candidate. It would have at least ens­ured an interesting contest,” he is reported to have told his aides.

Before the final decision, Shah had mapped out the whole chessboard, all the viable strategies the Opposition could adopt, even thought of an effective counter-move for them! What they came up with—yet another predictable response, countering a Dalit with a Dalit, albeit a woman—did not pass muster in his reckoning. On the other side, the Congress was spearheading the Opposition efforts, but had to wait for Rahul Gandhi to return from his Roman holiday. Meanwhile, Prime Minister Narendra Modi and Amit Shah were already reaching out to everyone to try and secure a winning margin for Kovind.